An Interview with Director Greg Hackett

At the start of the year we announced our top videos for the Booooooom TV Awards. Director Greg Hackett’s “Tam Tam – Outside the Lines” was one of our picks for Best Documentary. Hackett’s film is a beautiful and timely look at what it means to belong, told through the story of an Italian basketball team denied the right to compete due to the ambiguous citizenship status of players with immigrant parents. We’ve since had a chance to catch up with Hackett to discuss more about his work and how this particular project came about.

Watch “Tam Tam” above, if you haven’t already, and check out our full interview with Greg Hackett below! 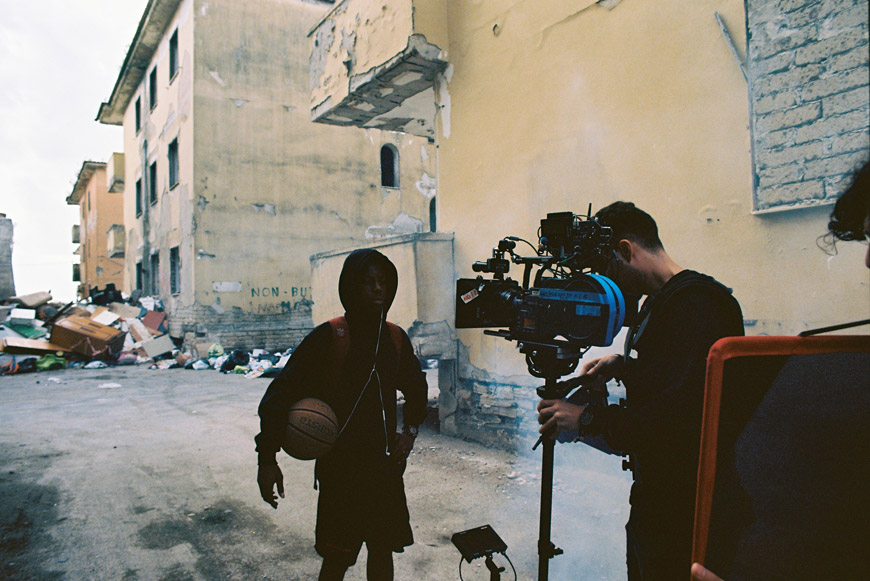 Jeff Hamada: What was the last great film you watched?

Greg Hackett: I saw Everybody Knows this week. It’s about a mother and her two children as they travel from Argentina to Spain to attend her sister’s wedding. The reunion turns tragic when her older daughter gets kidnapped — revealing a web of secrets, it’s pretty good. I also saw Arctic the week before and loved it. Mads Mikklelsen is fantastic and the writing is brilliant.

JH: I remember the trailer for Arctic, it looked intense, like you’d actually understand what it meant to survive out there. How would you describe your approach to filmmaking?

GH: For me, filmmaking comes from a desire to find some sort of truth. I started by creating short documentaries about friends and this has evolved into taking documentary narratives and pushing what’s cinematically possible within the genre to maximize one’s understanding about the story.

I am a very visual person, and up until recently DP’d all my own work, too. However, I find now working with DP’s gives me a completely different perspective and freedom to work with the contributors and has ultimately progressed the possibilities endlessly. In any case, I’m obsessed with the details of the story and I usually spend most of my time focussed on researching different ways on telling it — usually battling to find the most simple way. 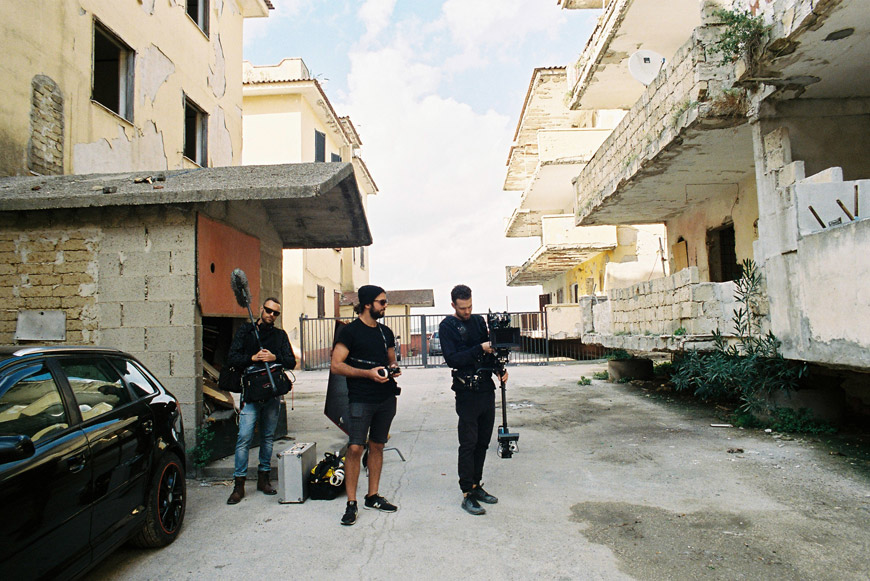 JH: Were you born into filmmaking — do you feel like it’s in your blood?

GH: Not at all. I went back to uni at 24, having spent a few years in a band touring around, and fell into making films when a friend was trying to make a short documentary about Iraqi refugees living in Syria. It’s been six years and I’ve not looked back since.

JH: I wanted to use that last question to sort of transition into talking about your film, “Tam Tam – Outside the Lines.” How were you able to relate to what these kids in Italy were experiencing, being denied automatic citizenship despite being born there?

GH: Having seen an article written by Sophia Seymour, alongside Giulio Piscitelli’s photography, I asked myself how I could help get this seemingly insignificant, but unjust story some more attention. For me, it was a story so worth telling I took it on as a personal project.

I called Giulio and arranged to fly over to meet with him and the boys. For me, the story of the team and their journey into the league was a good metaphor for a wider conversation about what being a ‘citizen’ actually means and the hurdles that migrants and their children can face in the everyday. As filmmakers I believe we have a duty to tell the stories that inspire or affect us and this was just perfect timing for me to get involved. 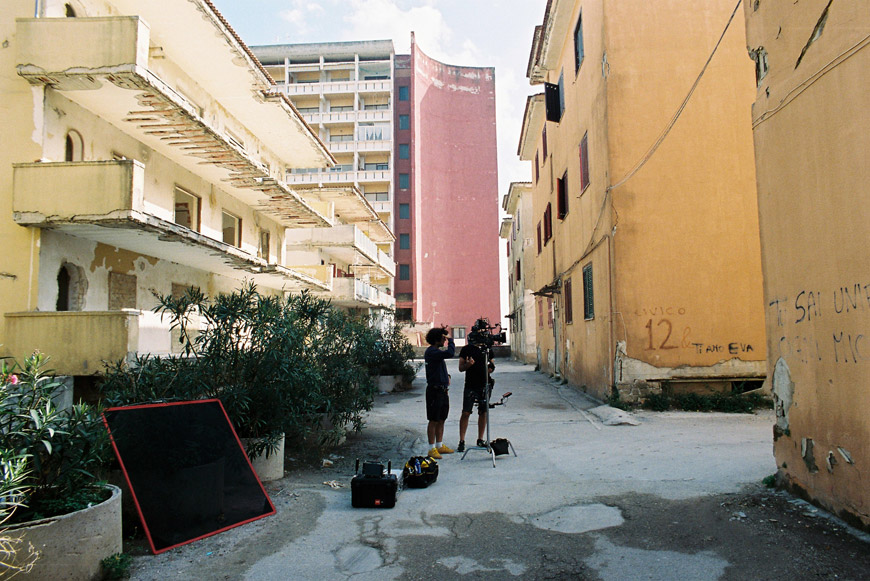 JH: How soon after that did you start to plan the film? What were some of the challenges of the project?

GH: I knew from the outset that I wanted to just make the film. No brand, no platform, nothing, just the vibe of making it for making its own sake. So, I contacted some of the connections I had previously made through both commercial work, or Instagram, and started talking to DP’s and producers about who could get involved. Immediately Todd Martin jumped in with both feet — he was super into the story and felt compelled enough to give us his time for free. I co-own and run a production company in the UK [Spindle] and I pitched it to the other parents and they gave me their support and backed the project with expenses and some film stock. Also, Luigi Rossi got involved (he’s a phenomenal young Italian-American producer) and without him the project would never have happened.

Obviously, it goes without saying, we were going into others peoples lives and this takes time and skill to get them onside. I’ve ultimately failed in my role if the team and their families don’t want to get involved. I want to make the most authentic portrayal of the teams situation and for this I need their entire trust and buy in. That’s why I went early with no cameras to interview and meet the team. Hanging with them and Guillio gave me the understanding and confidence that I needed to commit to the project.

I loved all of it, every challenge and every hurdle. The team are an inspiration. 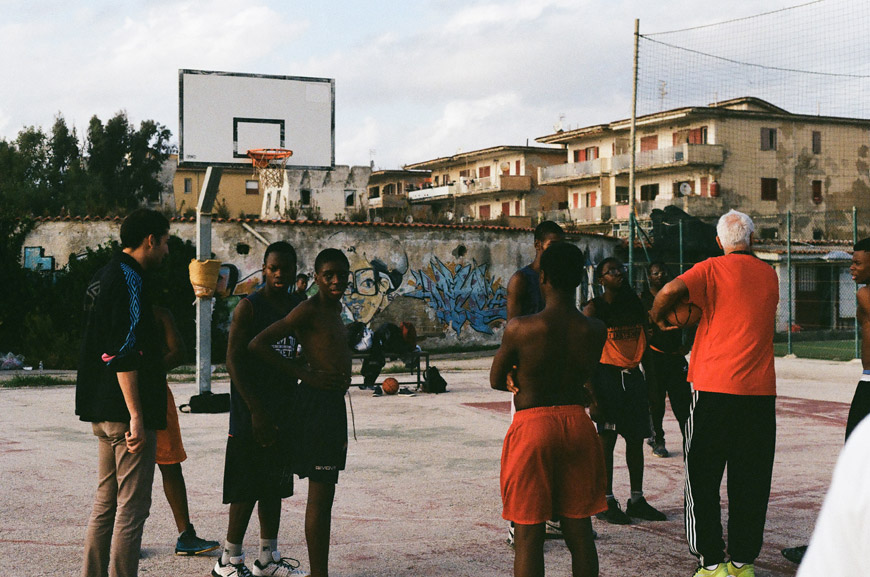 JH: Was there anything you wished you’d been able to film but it didn’t work out?

GH: Honestly. I left with every shot I’d planned on getting. As I said above, the film is not a typical doc in that we stood and waited for the action to happen. Having been over and spoke with the team, seen the locations and fixer I had an entire list of shots I wanted to capture and the team worked with Todd and I to re-create all the moments necessary to tell the story. Literally we blocked each basketball sequence to make sure it was just right! Similarly, Todd was rigging lights from the backs of vans to capture the perfect shot of Wisdon walking down the street!! I can’t complement Todd highly enough for his hard work. 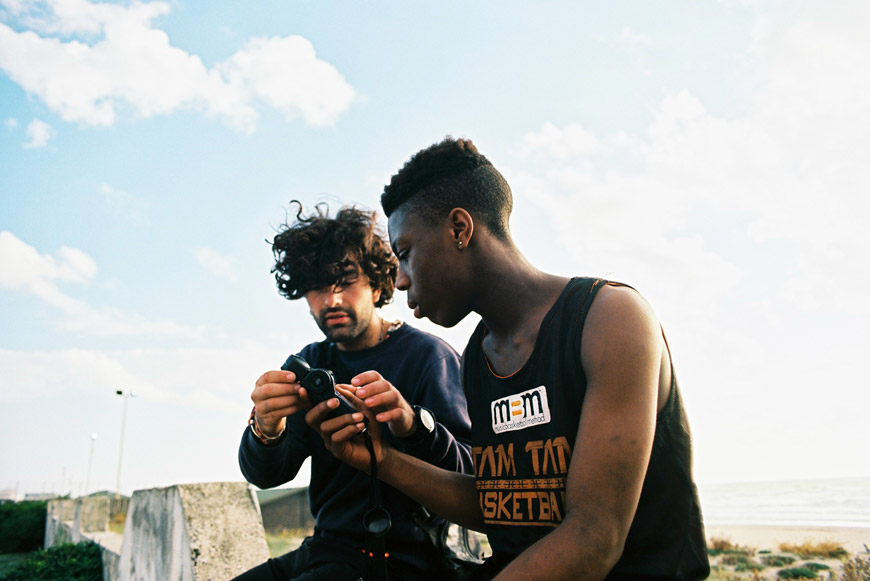 JH: What’s next for you, what’s one thing you’d like to accomplish this year?

GH: Writing scripts. I want to finish a short film I’ve been writing and continue to write a feature!

JH: What about one thing you’d like to accomplish in your lifetime? 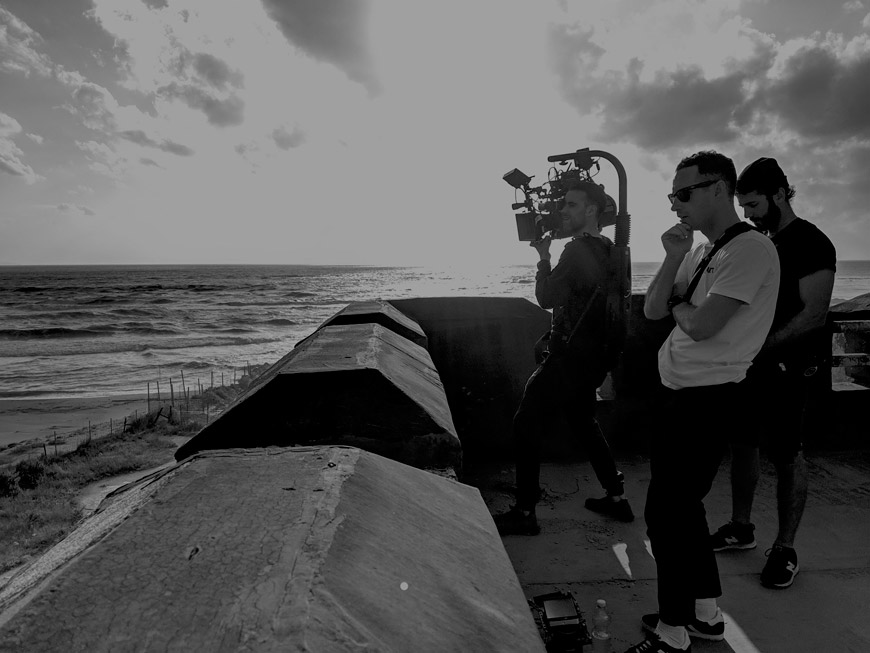