As always, we want to shout out everyone who supported us this past year! If you watched any videos on our site, submitted work, or told even one person about us, THANK YOU!

In addition to these awards, we’ll also be sharing a longer list of our favourite music videos of the year, so keep your eyes peeled for that. Okay, here they are, the top dogs, the cream of the crop, the best of 2020. 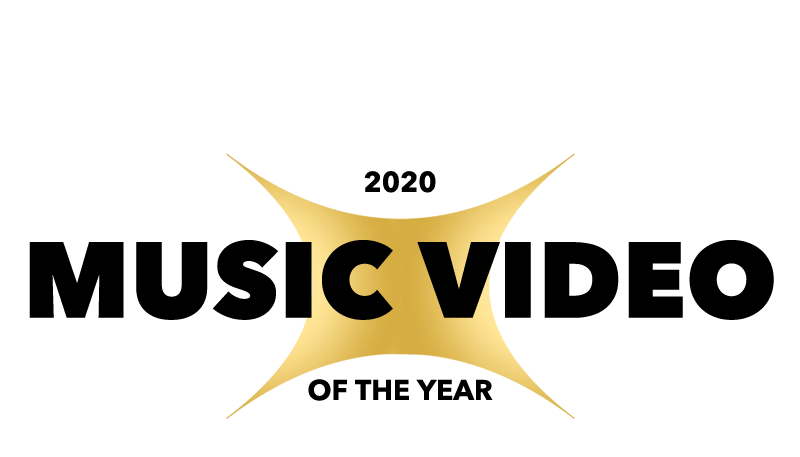 Aisultan Seitov is a director from Almaty, Kazakhstan. If you’ve been following us for a while you might have noticed Seitov’s videos for Kazakh rapper Maslo Chernogo Tmina popping up on the site over the past couple years. Not only is it exciting to see content coming from a part of the world that is unfamiliar to us, the work emerging from this collaborative pairing is truly something special. “unknown world” in particular combines stunning imagery with an unforgettable sense of gravitas as the somber visualization touches on the oil mine catastrophes experienced by post-Soviet countries in the last century.

Clack-clack, clack-a-clang clang. This one left our heads spinning and our bones rattling. The raw energy of the song could have easily overpowered any visuals but they’re perfectly married here. An instant classic from Will Dohrn.

Yet another masterful video from Hiro Murai, this time transforming a dazzling sword fight into a reflection on heartbreak. People will remember this one for the incredible moment near the end but there are so many beautiful details leading up to it, like twigs’ feet floating across that puddle. *chef’s kiss*

The video for Polish pianist Hania Rani by Paris-based filmmaker Neels Castillon is so perfect it feels like a dream. Yet, at the same time, everything from the landscape, to the music, to the camerawork, to the movements of dancers Mellina Boubetra, Janina Sarantšina, and Fanny Sage comes across as completely natural. Almost like observing a rare phenomenon we’re just lucky enough to be in the right place at the right time to witness. 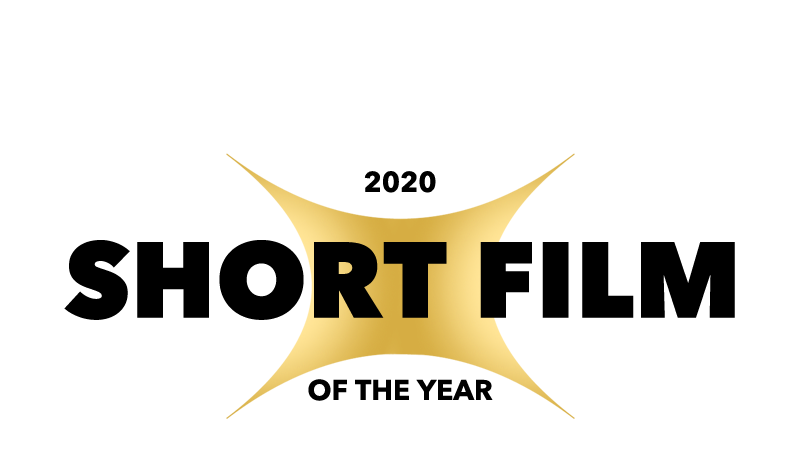 On the surface, the events of “Night Swim” are fairly straight forward. Three teenaged girls sneak into a public pool after hours and one of them is left behind. What makes the film so haunting is what is less clear — those murky waters of adolescence, and how quickly things can change (or what exactly has). The relatively innocent feelings of not wanting to share your best friend or the awkwardness of maturing at a different pace than your peers, are paired with stakes that are so much higher than the characters are capable of understanding. The result is a viewing experience that is both devastating and necessary.

RUNNER UP: “Cold Feet on the Last Rodeo”

Who doesn’t love an extremely low stakes redemption story? If there’s a genre in director Taryn Ward’s wheelhouse, this is it. Ward is someone we’ve had our eye on for a while but the simple perfection of this short was something even we weren’t expecting. The character that he’s written here is one we were instantly rooting for, and when it was over, all we wanted was to spend more time in this little universe. Loved every second.

A little warning, this one is violent. “4 Corners” is an unflinching examination of gun violence in Chicago told through five vignettes, each loosely based on gang killings committed in the East-Rogers Park neighbourhood, where director Andre Muir is from. Before the audience has time to process the violence in one sequence, it happens again in another. The film is painfully bleak and the sense of helplessness is overwhelming. After the credits roll it’s not long before you’re forced to think about something else — actively putting the things you just saw out of your mind — and that might be the most important part of Muir’s critique.

RUNNER UP: “The Complex”

The brilliance of Sydney-based filmmaker Dane McCusker’s “The Complex” comes less from its subject matter and more from its focus. While tackling the timely theme of modern gender relations, McCusker’s narrative hones in on the smaller, more easily overlooked and, arguably, more complicated dynamics women navigate on a daily basis. In fact, the mundane set up — a small apartment building and an overly friendly neighbour — is what makes it so powerful as it exposes the kind of occurrences that are so easy for others to dismiss and leave one second-guessing herself; the kind that do their own form of damage and injustice. 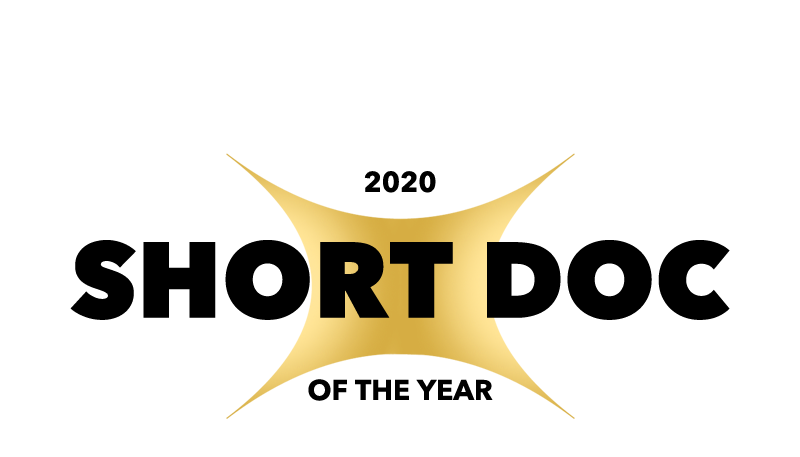 A film about the funeral industry might not seem like something you’d enjoy, but this unexpected documentary short by Brooklyn-based director Kevin Castanheira is something we don’t want you to miss! From the absurd to the heartfelt, “Selling Death” introduces us to the bizarre cast of characters and products that make up Salt Lake City’s annual funeral directors convention, all while offering an ultimately profound meditation on death and what it is they’re really selling.

Sean Wang’s “Still Here” is a moving exploration of the all-but-completely abandoned village of Kaohsiung in Taiwan. Beautifully shot by cinematographer Zach Stoitzfus, the film follows the neighbourhood’s 6 remaining residents as they continue to go about their daily routines, refusing to leave the physical structures that housed so many memories and years of their lives.

Dublin-born filmmaker Marion Bergin delves into the controversial pastime of inner-city horse culture. Dublin’s working-class has often been marginalized and negatively portrayed in the media. And while Bergin addresses this aspect of the equestrian legacy, “Saoirse” provides us with the other side: a snapshot of some of the men who genuinely care about their animals and the very real risk of losing this unique aspect of the city to new property development and gentrification.

A powerful look at the long-term effects of war by Toronto-based filmmaker Dominique van Olm. It’s crazy to think that even after 100 years, the people of North Eastern France are still dealing with unexploded munitions from the First and Second World Wars. It is a tedious and thankless job that seasoned minesweeper Guy Momper and his team of De-miners have devoted themselves to. It’s something that not only needs to be done but thought about more, especially in North America and other areas of the world that aren’t forced to live with the reminders of the environmental impact of such large-scale human events. 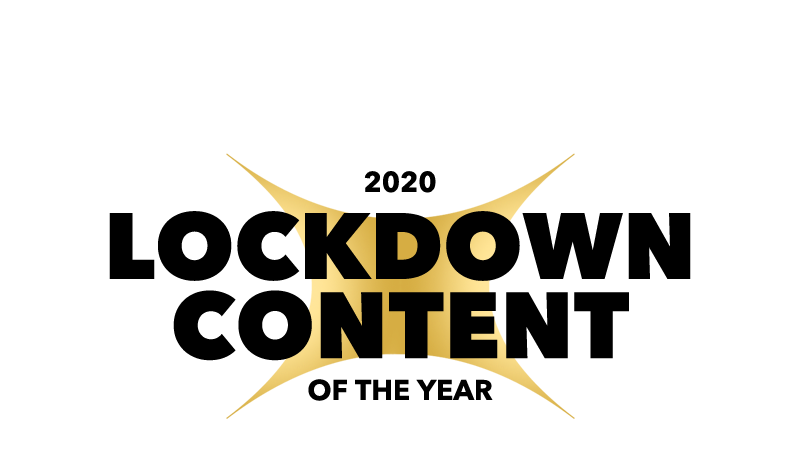 Thao and The Get Down Stay Down – “Phenom”

For us, 2020 was the year of Zoom and it was also the year of Zoom fatigue. Between video hangouts with friends, conference calls for work and the hours we spent watching Covid-related submissions (many of which featured people in video hangouts and conference calls) we were feeling a little Zoomed out. And then we watched this fantastic video from directors Erin S Murray and Jeremy Schaulin-Rioux and we realised that perhaps we’re just not thinking outside the box (or making the most of the little boxes we’re in!). “Phenom” was only created via Zoom because the original shoot was cancelled at the last minute due to the coronavirus, and it’s hard to imagine it any other way. Erin’s choreography has a wonderfully unhinged energy to it—we can definitely relate.

So many perfectly observed moments in this short piece by director David Findlay. “Air” playfully examines the spaces that the pandemic has introduced between all of us, and the little gestures we’ve modified to acknowledge each other without actually touching. It’s like a whole new language of little kicks and elbow raises that, as beautiful as it is, we’re all just waiting to not have to use anymore.

Colin Read is no stranger to this site. And while his videos have always contained a delightful level of ingenuity and whimsy, this video for Glass Animals perfectly captures Read’s ability to not just work within the constraints of physical distance but somehow thrive creatively. With “Dreamland” Read constructs an Ikea-inspired music video-in-a-box for Glass Animals’ Dave Bayley who was sent everything he needed to build and shoot the video by himself in his apartment!

RUNNER UP: “May Gray, June Gloom”

We received a lot of lovely films featuring personal footage and experiences of the pandemic and protests last year. Of all of the projects that took a similar approach, Los Angeles-based filmmaker and photographer Horatio Baltz’s visual essay stood out the most. Here the music and pacing creates the perfect melancholic tone, just as the visuals unravel in a way that feels as gradual and surreal as it did living through it.

If you have work to submit to us this year, head over here.