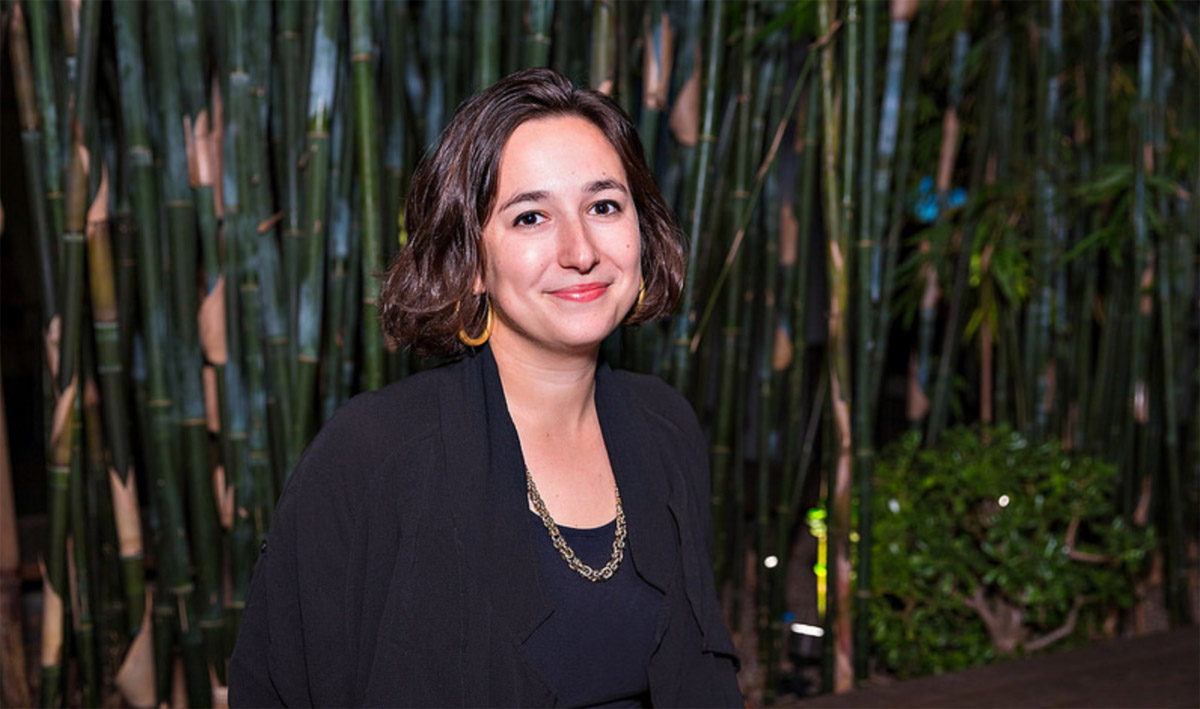 An Interview with Director Allie Avital

Allie Avital is one of our favourites around here. We’ve been following the Brooklyn-based director’s work since before this site existed so it’s about time we asked her a few questions. Last year Avital released a stunning video for Moses Sumney’s “Lonely World”, one of three videos she created for the artist (a fourth video will be released shortly). We loved it so much we included it as one of the best music videos of the year in our 2017 Booooooom TV Awards.

Here she tells us about finding her voice and holding on to it.

I know your father was a set designer for the opera, are there a lot of artists in your family? Where does your creativity come from?

My father is a set designer and an artist, and my grandfather who helped raise me was a Russian artist who made paintings as well as those tiny wooden eggs and Russian souvenirs.  So I was brought up with creativity as part of normal everyday life – I did painting and sculpture and ballet and piano like a good Russian kid. One of my grandpa’s jobs in New York in the late 80s was restoring nesting dolls (the ones that fit inside each other), which had chipped faces or were missing an eye or whatever, and he would bring home all the dolls that were beyond repair.  So as a kid instead of Barbies I was playing with these totally deformed-looking Russian wood dolls and making them stand in lines and sing songs. So I guess that’s my first memory of “directing.”

All those deformed dolls would make for a great video! Was there a specific moment when you realised you wanted to be a filmmaker?

Not really – I’ve evolved into filmmaking through visual arts and performance directing.  In high school I did a lot of creative writing and philosophy, in college I did fine art and theater and a bit of experimental film.  When I moved back home to New York, I was directing live performances, but they always had a musical element with singers and live string players and dancers and costumes.  I didn’t want to be a broke New York theater director for the rest of my life (I guess I preferred broke film director haha), so my projects evolved into video art, and then music videos became a logical next step.  Now I’m beginning to do narrative film, and that is bringing me back to writing again, so it came full circle in a way.

Moses Sumney “Worth It”

What was the process like for you, finding your artistic voice?

It’s been interesting coming into my own in the music video industry because I’ve learned everything about myself as a director through this very particular environment and the structure of music tracks, pitching, labels, all of it.  So it’s been a challenge to hold onto my own voice while still working consistently and paying the bills – there’s been times where I felt compelled to sell out and just start doing pure pop videos, but at the end of the day I think I’m a purist (probably to a fault) and, perhaps naively, I believe that if I stick to my own vision, it will pay off in the end.  My recent work with Moses Sumney has been satisfying because the creative process was authentic and pure, and working with Autre Ne Veut a couple of years ago was a similar dynamic, where you get to really go deep and despite it being a true collaboration, it feels like real self-expression to me. This summer I made my first independent short film, and that opened up a lot of new doors as far as my narrative voice and the types of films I will make in the future.

At what point did you really start to feel confident in your own ability?

Pretty early on.  My first shoots were for tiny bands in New York with budgets under $1k, and I remember the feeling of being on set for the first time as a director and just knowing I was completely in my element.

Can you talk a little bit about the different ways you’ve used the human body to explore or communicate an idea in several of your videos?

It’s interesting – I wouldn’t think of my work that way if so many people didn’t bring that up.  I once had a commercial rep ask me “So, do you just walk around your house naked all the time?” and I was like “Um, no…” Haha.  I guess in my mind, the naked body is just second nature. We all have one, so it feels natural to have bodies in art, and so much traditional painting and sculpture dealt with the nude human form, often in tragic and dire scenarios.  I think we’ve become a little too delicate these days. I also grew up sculpting nude models in Russian art class when I was a kid, so I suppose that I just equated figurative art with the body.

I think that in our superficial and fashion-obsessed culture, simply stripping the body of any clothing somehow seems radical, or perhaps helps draw attention to the emotions and intimacies between characters, making them more allegorical/universal and less culture-driven.

What were some of the influences or references for the “Lonely World” video?

The core idea came from the song itself, as well as Moses’ concepts behind the track. The story and the sea creature idea came directly from the idea of “loneliness” and how we are never truly alone – there’s always characters and voices who speak to us, lure us, even if they’re in our heads.  I loved the idea of a female “victim” turned “villain.” Someone recently commented on the Vimeo page for it that there’s an Egyptian legend called “El Naddaha” that’s almost identical – was the first I heard of it but it is eerily accurate. Visually, Bergman is obviously a reference – we were looking at Seventh Seal and the “silhouette of death.”  Shooting anything surreal in b&w is fun – I feel like it gives you more license to go more grotesque in a way. 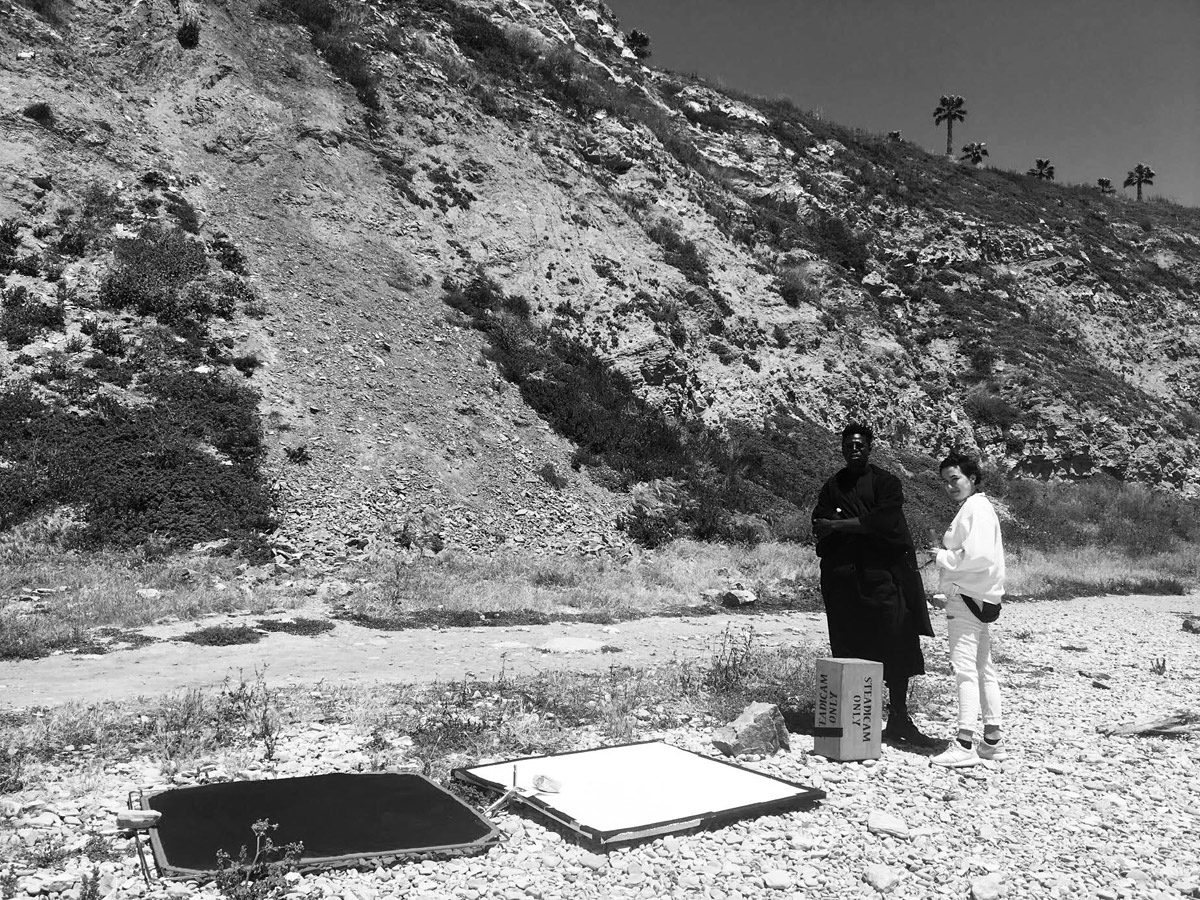 Behind the scenes — on location, shooting “Lonely World”

Was it a challenging shoot?

Yes.  A very cold windy beach day with a naked actress with a prosthetic tail is never easy.

How do you think your approach to filmmaking has changed over the years?

I guess I came into filmmaking from a visual and musical place – more interested in imagery than anything else, and I’ve evolved and grown into a much more narrative approach.  My latest video for Moses (coming next month) has more of a traditional narrative structure and my work is generally heading in that direction.

At this point in your life, what are you most proud of?

My short film that I shot in July!  It’s called The Naked Woman and is in a mix of Russian and English with an ensemble cast.  It was a true labor of love and was completely independent so it was really humbling and I can’t wait to do it again soon.

I’ll look for it. What’s one thing you want to accomplish this year?

What about one thing you hope to accomplish in your lifetime?

I want to make lots of movies!  In the long run, I want to be the female Haneke/Von Trier/Farhadi and completely reshape the way women directors are viewed in the film industry.