A fairytale about a little girl discovering what it takes to become a grownup. Directed by Jara Moravec with cinematography by Veronika Donutkova, this visual for “Bylo Nebylo” has an quirky energy that we adore. One of our favs of the year so far! Enjoy the video above and a little interview with Moravec below! 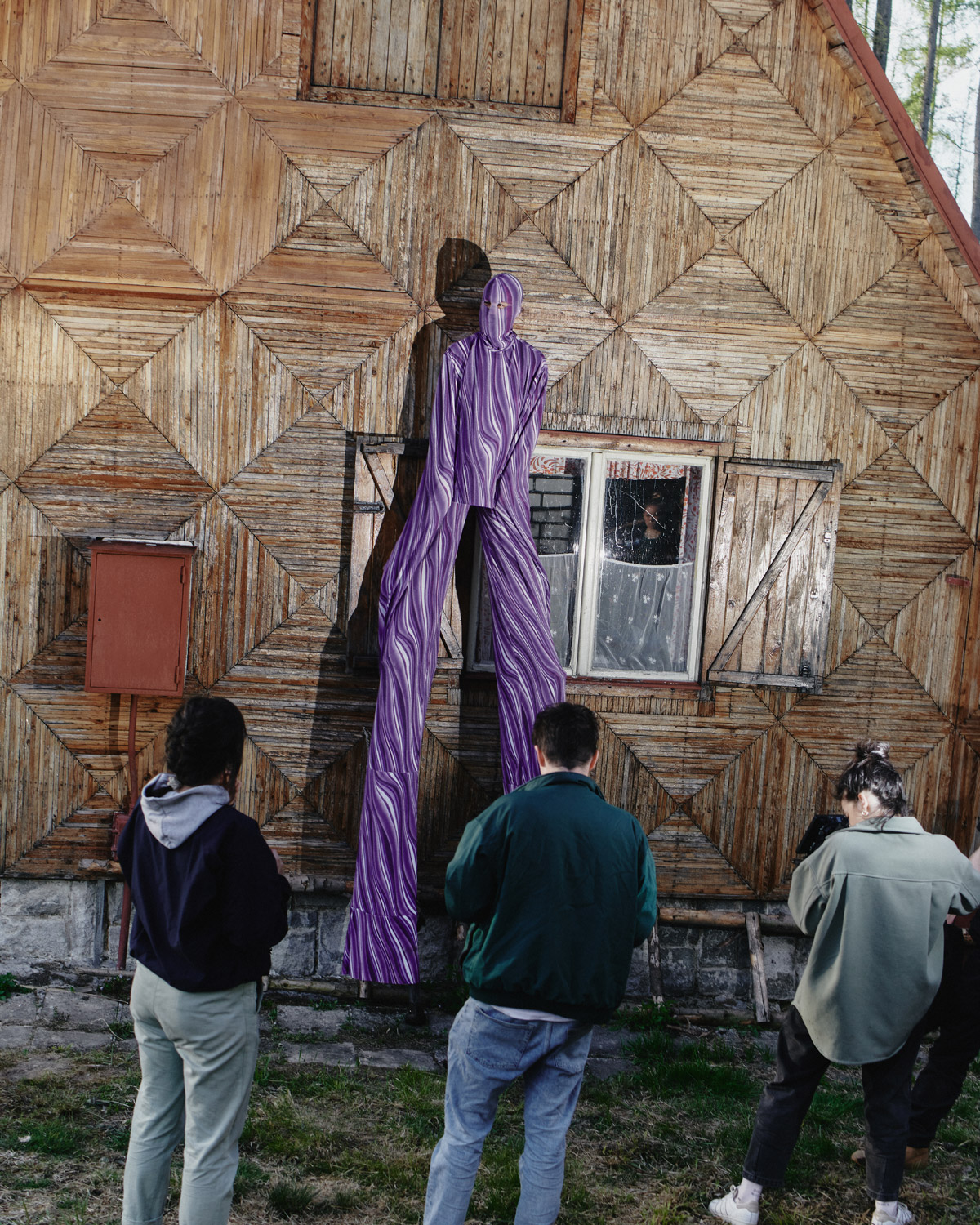 The concept of growing up is not new but the way you approached it felt like it was. How did the initial idea for the video transform into what ended up on screen?

This music video was very specific thanks to its lyrics. Annet sings about her younger self being fooled by a couple of shady characters on her way up. In a way this proved to be a recipe for the video. The lyrics defined its dynamics – a young, innocent girl against all sorts of folks whose lives have developed in different directions. The end of the video inverses that dynamic and shows the girl realizing her own life will have to go through adulthood. The other characters are revealed in more human, vulnerable states, breaking the grotesque facade.

I was also interested in how we can bend the fairytale genre to fit funky rap vibe of the track. We were looking for ways to make the visuals flow without resorting to the usual music video tricks. The camera work is meant to internalize the confusion and fear of the main character while deliberately breaking some of the rules – pans going in opposite directions, breaking continuity of time and space or panning in the middle of the shot, animating the camera like you would see in a comic book.

I always find it challenging to keep audience interested throughout the whole video so element of surprise was very important. 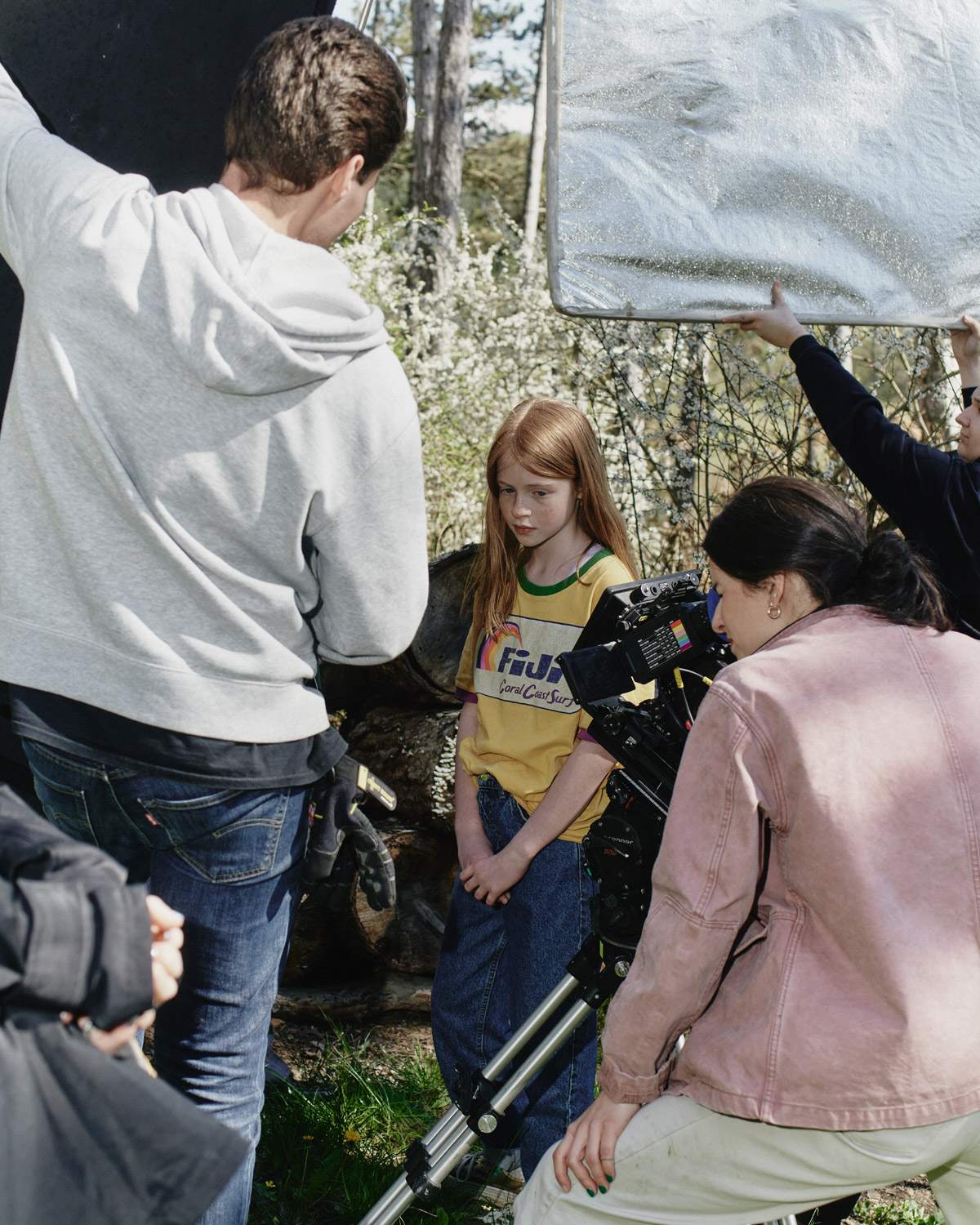 The casting for this was terrific! How did you find the young girl and what was it like working with her?

Thank you! I was a little naive when I started casting. I wanted to go out there and find somebody totally new. I started calling up theatre groups around Prague, we posted a casting call through Annet’s Instagram, so we were getting lots of girls but none felt right. I saw maybe 50 different girls. Turns out it is pretty tricky to find somebody visually interesting and skilled at acting at such a young age.

Eventually I asked casting agency Simonsays to help me out and they very quickly guided me to two equally strong girls, both impressive child actresses. One girl looked alike to Annet and was very enthusiastic. 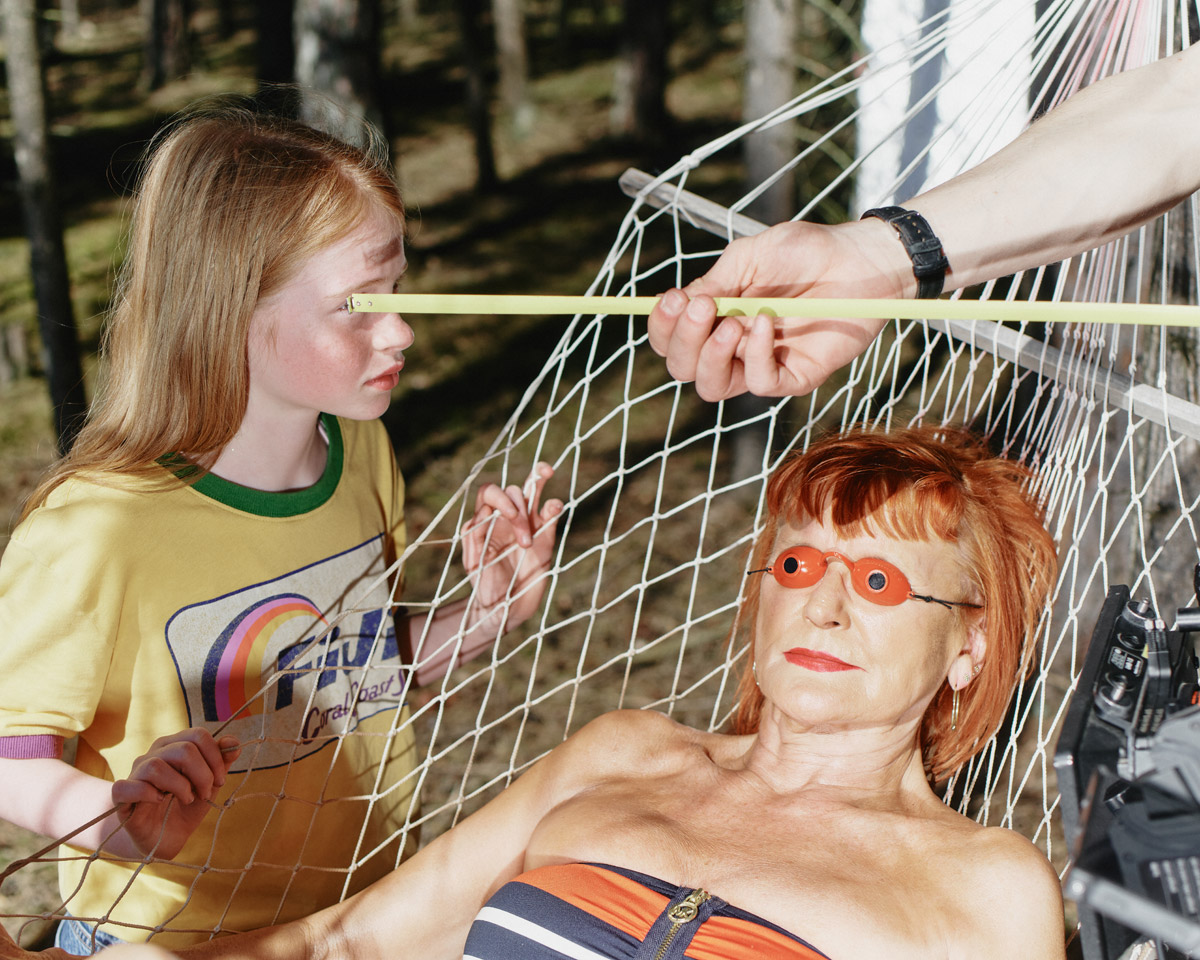 Valerie was just as good as you can hope for. She’s got a pretty independent upbringing, her sister was sent to America on her own at the age of 12 and Valerie wants to go there too so that shows how much trust her parents have in them.

She was with us for three days on her own, she shot long days, learnt how to run into a tree, froze her ass off, got sunburnt, all in one day and stayed positive throughout. She was amazing.

It was definitely worth the effort! Where was this filmed?

We filmed at two different cottage settlements, one was just outside of Prague, the other was 90 minutes drive away.

Can you share some of the technical aspects and the tools that went into making the video? We could see from the BTS images you shot with an ARRI and what looks like a probe lens on a GH5? The footage cut so well together. Love to know what lenses were used and the planning that went into some of the sequences.

We shot on Alexa Mini LF with old rehoused Canon lenses and then we ran some B-cam stuff on Sony A7III with a probe lens. The latest Sony Alpha is getting ridiculously good and can be mixed with big camera stuff pretty easily.

We spent a lot of the time scouting and figuring out angles but interestingly we hadn’t done that much storyboarding and freestyled our way through the shoot. I wanted to experiment with a simple pan to the side to make the story more dizzying, more unpredictable. 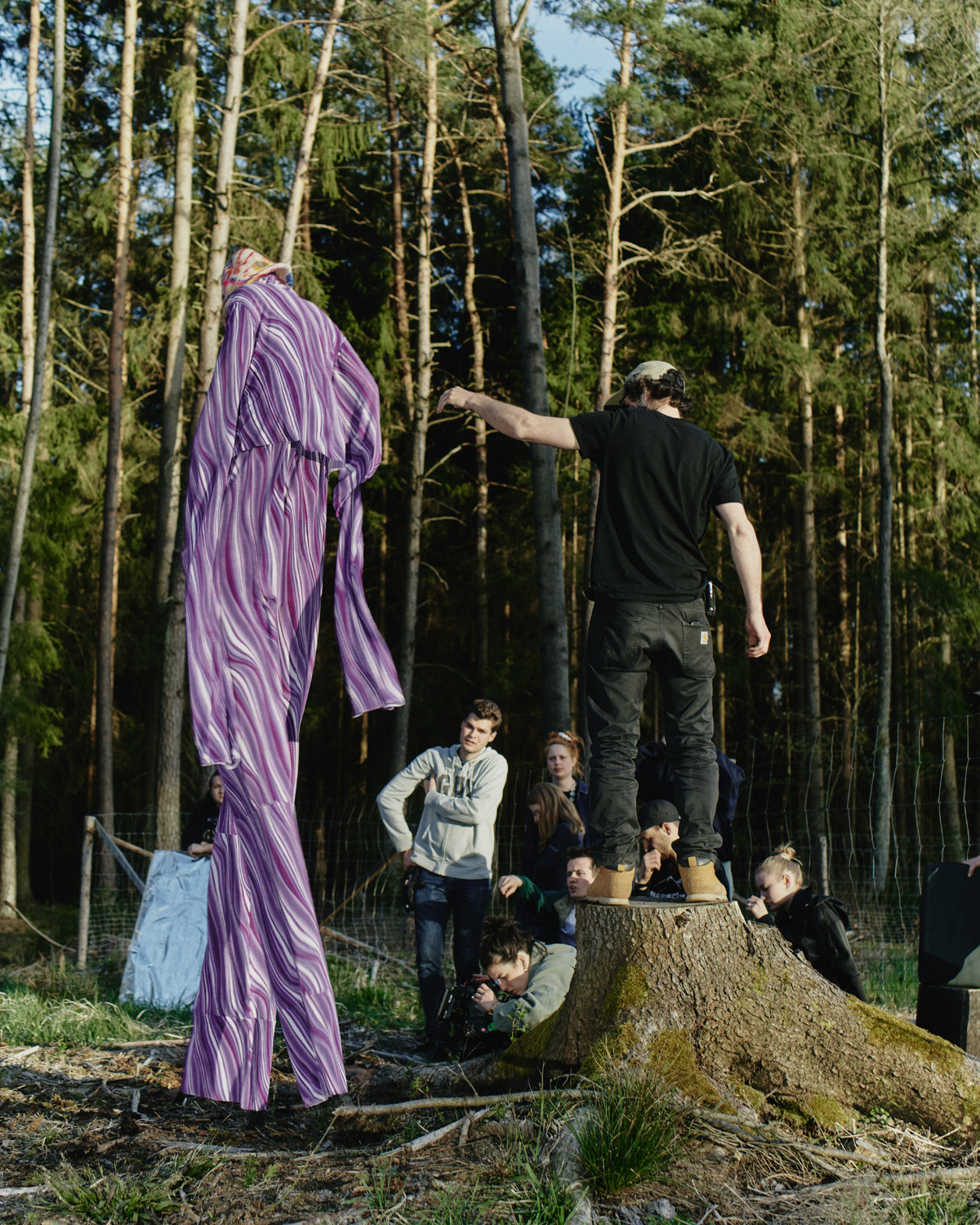 What were the biggest challenges during production?

The biggest one was certainly logistics – we joked about the shoot being a circus on wheels because it was a nightmare. Availability of crew, kit, talent and locations was a headache on its own but we insisted on shooting in sunny weather so we had to reschedule the shoot twice. Third time we got really lucky with weather as you can see in the video. A big big thank you to our producer Monika Kraft who spent couple of months working on this.

We’ve featured your work a few times now, how would you describe your style as a filmmaker?

I would like to think there are traces of genuine curiosity for human nature behind the glossy visuals I make. I started my career in photography so my filmmaking practice carries that visual immediacy of photography. But at the same time I find photographs too restrictive.

These days I like to toy with various techniques as each of them has defining qualities that set the boundaries for each project. Right now I am working on a commercial with assets created in Unreal engine so that’s pretty new and exciting. 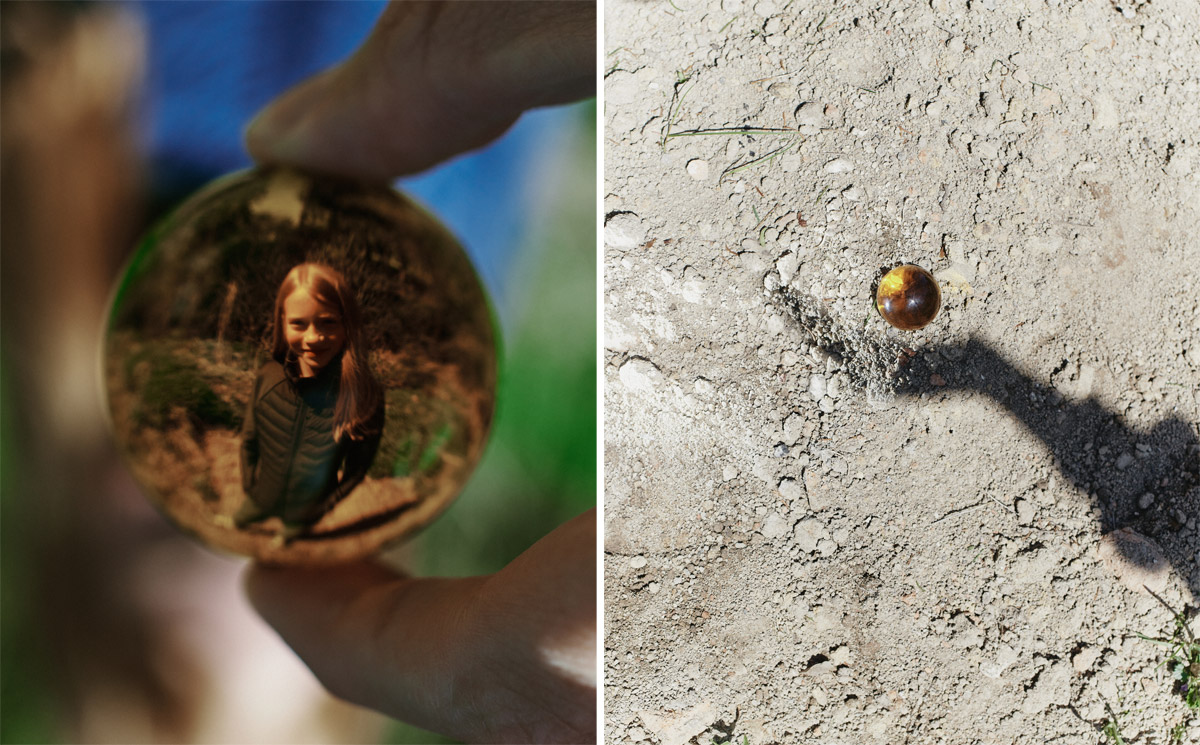 Who or what has been inspiring you creatively these days?

Hmm, let me see. It’s a lot of small things usually. The third season of Master of None on Netflix is a masterclass in subtlety and made me curious about long formats. Charlie Kaufman’s insane mind is incredible. I really enjoyed I Know This Much Is True, best series in a long time.

What’s one thing you’d like to accomplish in the next year or so?

I would like to write and shoot a short film that will clock over 20 minutes and avoids the usual pitfalls of indie films. I am looking for a way to bring some unusual out-of-the-box perspective that feels natural to the story. I am still looking for the right theme.

What about one thing you’d like to accomplish in your lifetime?

Instead of setting specific targets, I would much rather focus on sustaining the way of life that I live right now. I am able to live a pretty privileged life where my work does not really feel like work. I am perfectly happy to be able to develop my personal work, advance my commercial reel and still be a curious observer of life around me.

This video was submitted by Jara Moravec and selected by our team. Click here if you have a project you’d like us to check out!