Love this whimsical short by New York City-based filmmaker Colin Read (previously featured here). “The Midas Hat” tells the story of a man who suddenly and mysteriously gains the ability to transform anything he touches into a hat — a power that slowly begins to upend his life. Driven by practical effects and dark humour, the project was inspired by Colin’s friend, Brian Downey, who creates handmade hats, under the guise of Falcon Bowse:

“We’d made a fun little short together a few years ago, in which Brian ran around Brooklyn, taking cuts out of ‘city fabric’ — caution tape, tattered bodega signs, safety vests, etc—and turned it into a cap. Last fall, Brian showed me what he was working on now: turning everything into hats. He had an entire wall already filled with hats made out of solo cups, pickle skins, pincushions, light sockets, dollar bills… They were just so insane and hilarious that I couldn’t wait to make some sort of film featuring them.

The ‘transformation’ match cuts were simple, and very fun to shoot. We’d practice Dylan’s body movements so that he could recreate them (closely enough) every try, and then shoot both takes back to back. On the cutting point for each take, in order to give his hair and clothing that little hint of movement, we would blast him in the face with a leaf blower held just offscreen! This also helped give Dylan a physical cue to work off of. During the newspaper transformation, we just stuffed the leaf blower with ripped paper and shot it up at him. For other transformations, like the beverage, money, and cereal ones, I just stood out of frame and threw stuff at his face. It felt a bit sadistic to splash a full cup of water right in his face, and lob a handful of change at him…but also very satisfying. Sorry, Dylan!”

During the current health crisis Brian has been using his skills to mass-produce thousands of face masks, which he has been giving away for free! Click here to learn more on his website and check out some fun behind-the-scenes images, shot by Jacob Ireland, below! 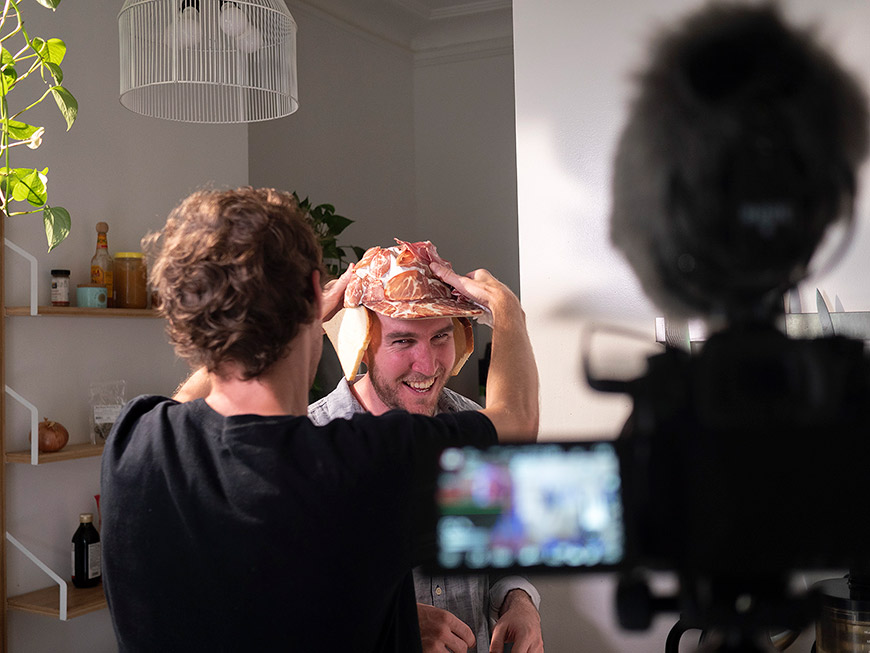 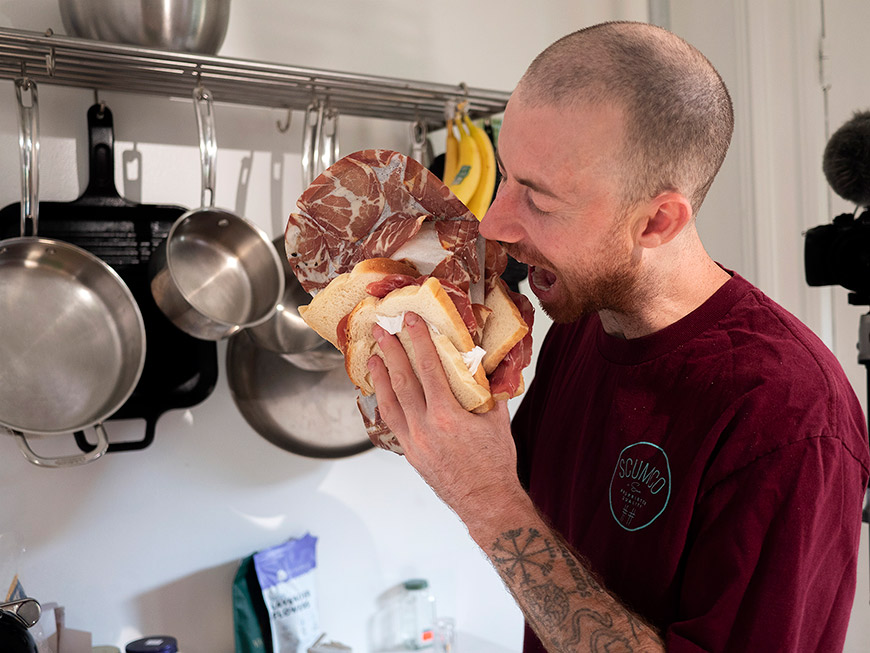 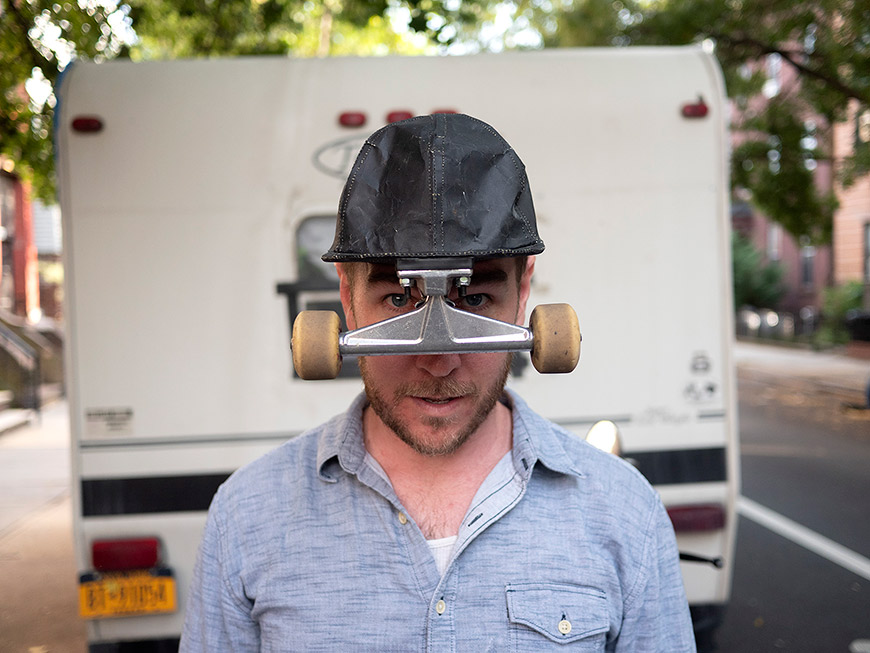 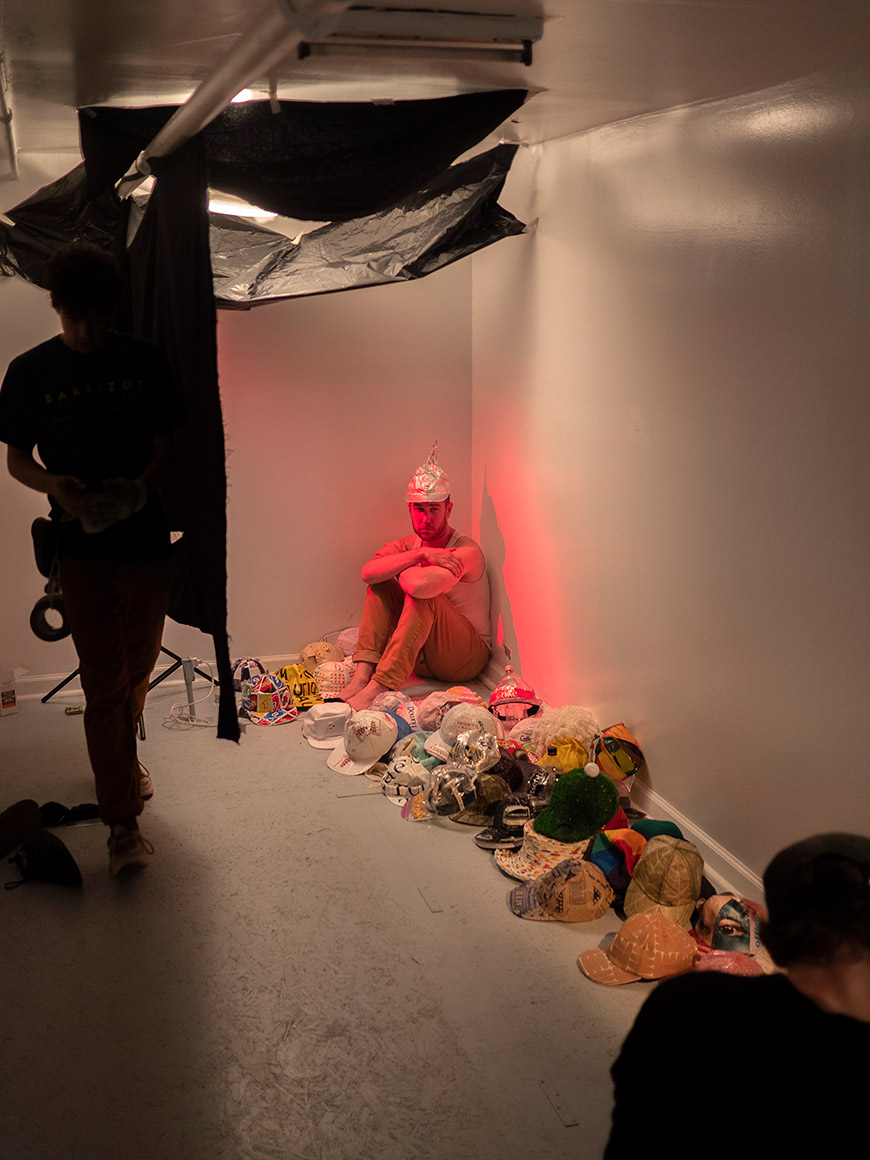 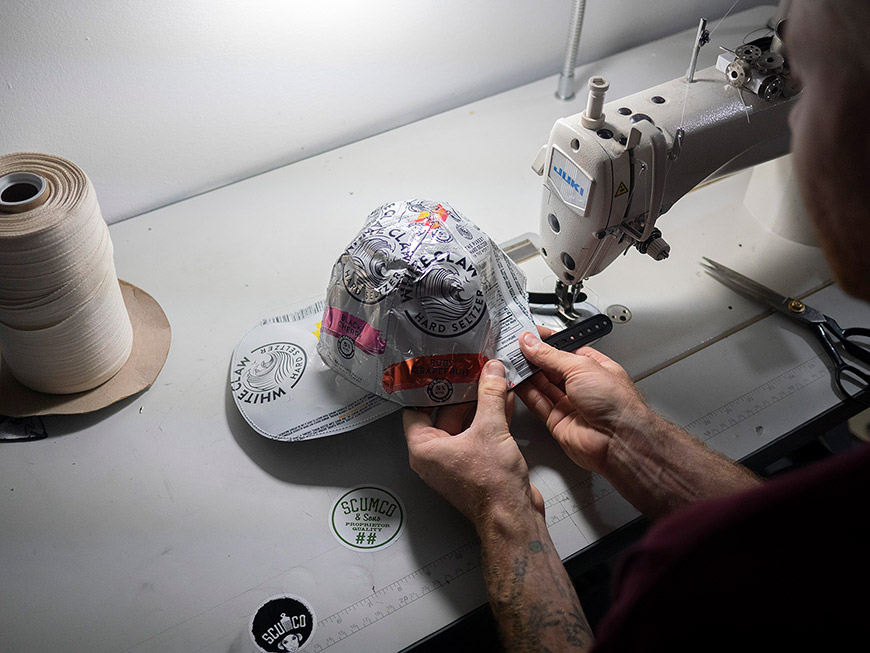 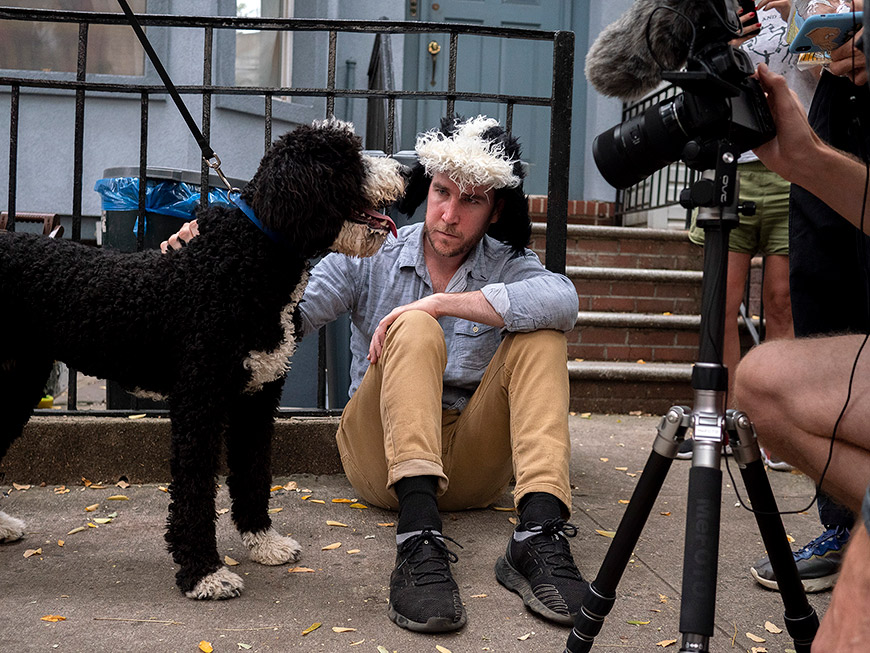 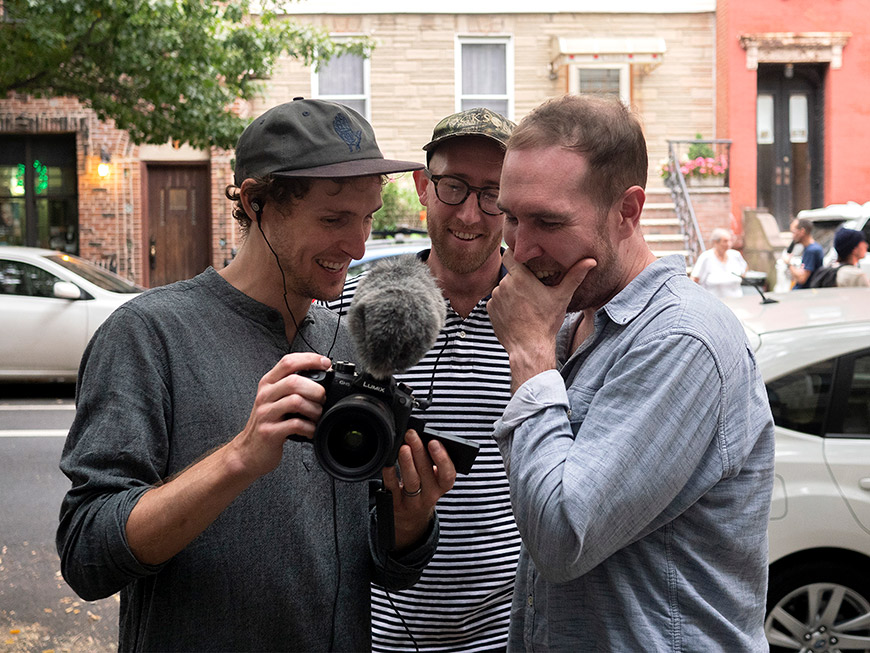