Great portrait of Melbourne-based artist Kitt Bennett by director Ben Dean. Specializing in sprawling large-scale ground murals, Kitt’s latest piece utilizes aerial photography to create the world’s largest ‘Gif-iti’ — four times the size of the previous title holder and, like most of his recent work, visible from space when zoomed in from Google Maps. But, as Ben explains, it isn’t just Kitt’s work that grabs people’s attention:

“His work is truly epic and was a big inspiration for making the film. But it’s his personality, contagious energy and outlook on life that really got me excited. This film is not just about his artistic approach — it’s a fun and energetic deeper dive into what goes on in his head. He paints 40-metre-long figures with a simple paint roller, bathes in a tub full of milk and giant Fruit Loops by a lake, talks about his infamous ‘Scorpenis’ painting and plays ‘bush pokies’ — all while sporting a mullet, golden tooth and body covered in tattoos.”

Check out “KITT” above as well as some behind-the-scenes images from the shoot below! 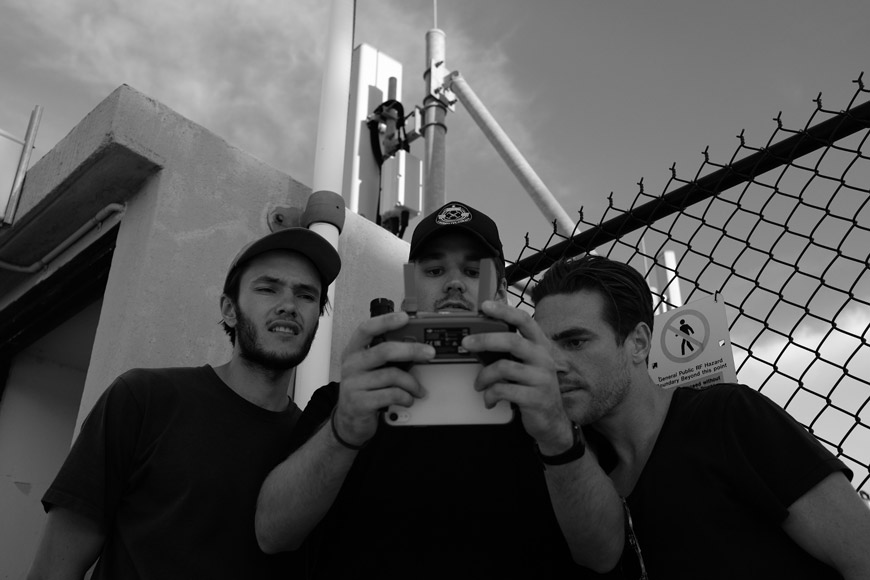 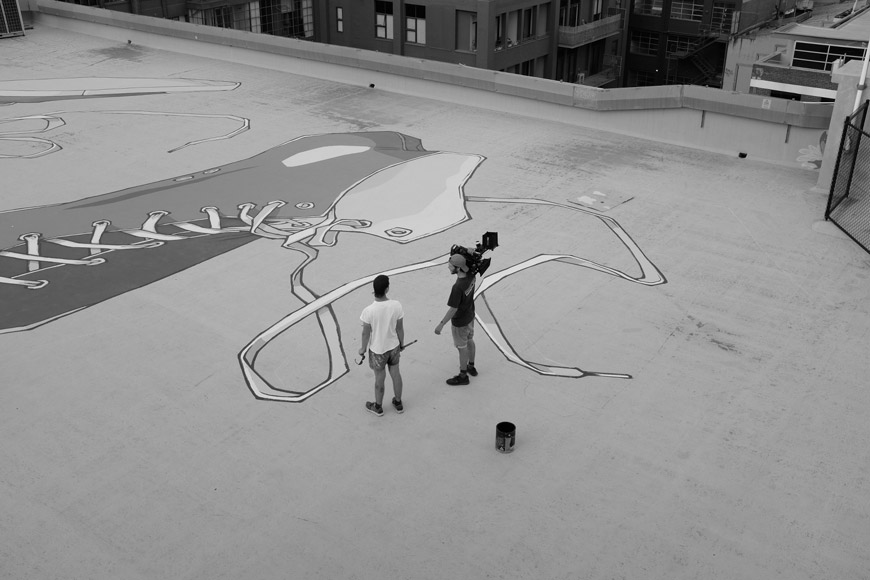 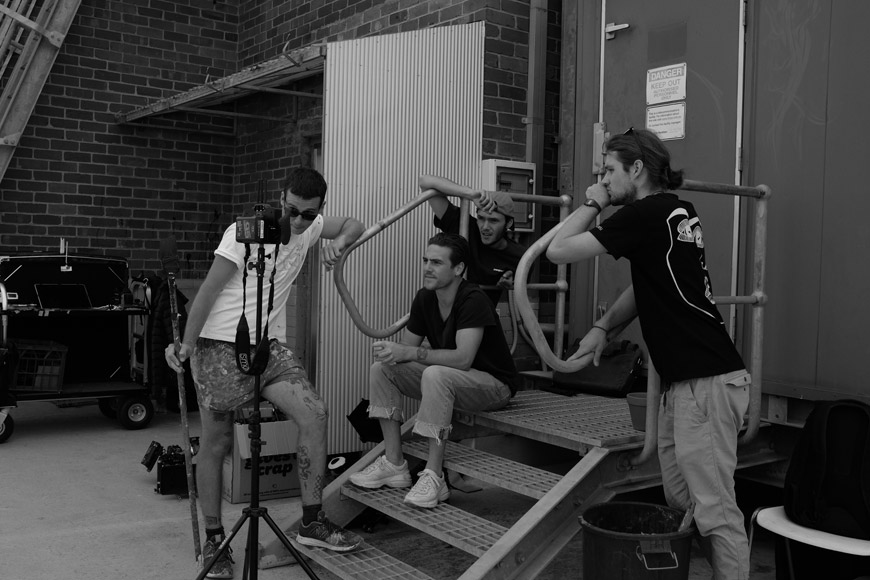