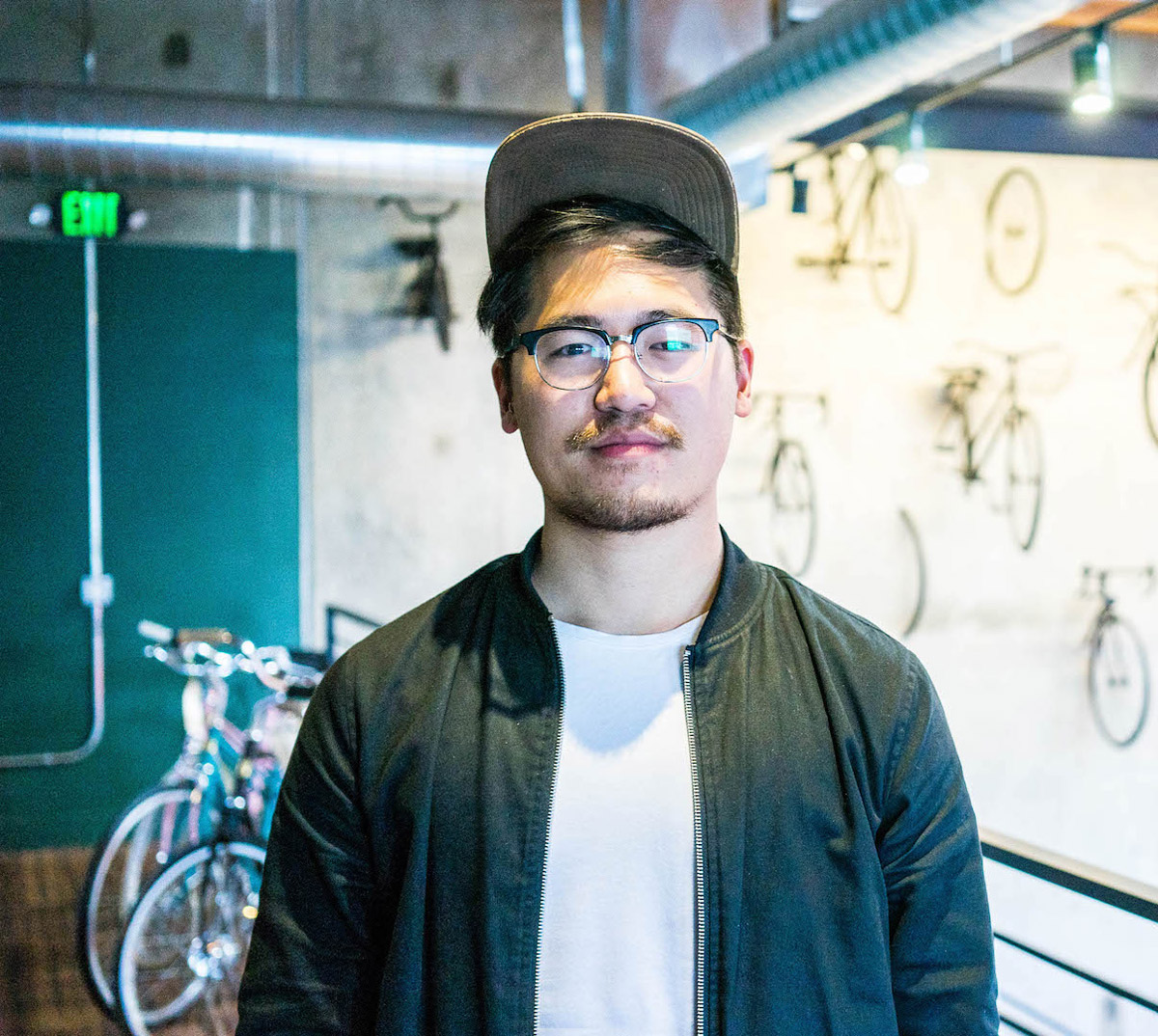 Last Labor Day, director Daniel Kwan sent out a series of tweets, venting his frustrations with the music industry’s exploitative treatment of music video directors and the apparent normalization of these behaviors. He painted a very bleak picture of a system which is able to take advantage of young motivated creators because they have no union, no protections and not a lot of other options.

Kwan is one half of the acclaimed director duo, DANIELS, who directed the feature film, ​Swiss Army Man,​ as well as a slew of iconic music videos, including DJ Snake & Lil Jon’s internet-breaking, “Turn Down For What”. At the time of his tweets, “Turn Down For What” had amassed nearly 800 million views (it currently has 892 million) which Kwan estimated would translate to between $200,000 and $3.2 million in ad revenue (​source​). To put those figures in perspective, he revealed that he and his partner Daniel Scheinert “conceptualized, directed, edited, performed, and did VFX for two months and made a total of about $1-2k each. That’s about $4/hour and that doesn’t include the weekends or overtime we worked”.

DANIEL KWAN IN A SCENE FROM “TURN DOWN FOR WHAT”

The response on Twitter was immediate—other music video directors began sharing their own horror stories from working in the industry, and it quickly became clear just how unprofessional and unsustainable the music video process had become. “Music video directors always leave”, says Kwan, “No one ever stays. Six percent of all music video directors make a living off of it. They either succeed out, or they fail out.” And this is happening despite the fact that 90 of the 100 most viewed videos of all time on Youtube are music videos (​source​/​source​). 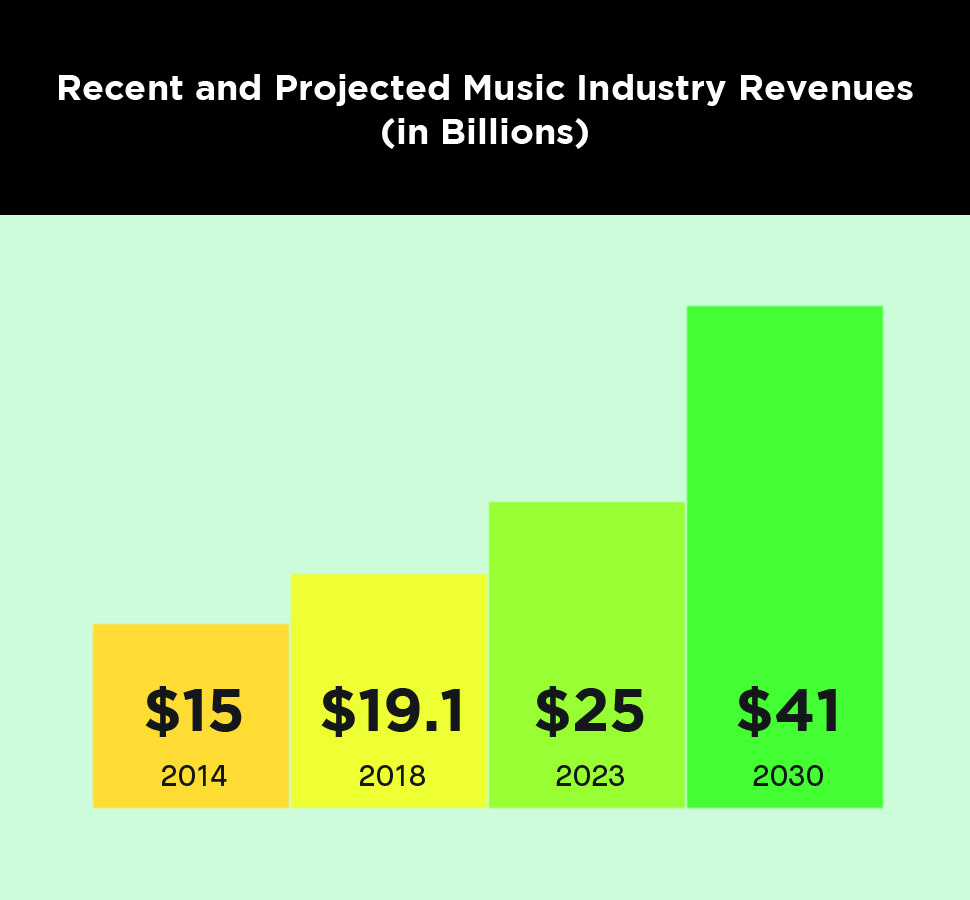 In case you are wondering, the music video process often goes something like this: A label sends the same song to as many different directors as possible. Directors are expected to provide fully realized video treatments to the label, often responding to a vague brief that may or may not have even been shown to the artist before being sent out. Directors are not told who else they’re pitching against or even how many others there are. Directors are not paid to conceptualize their ideas, often working days, weeks, sometimes months, without ever hearing from anyone.

If a director’s idea happens to be selected, their “prize” is to create a video with no guarantee they will be credited for any of their work, and no opportunity for a share of the video revenue (despite calling in favors from friends or often waiving their own fee just to stretch the budget). The icing on the cake is that when a director uploads the finished video to their own channels (because they haven’t been credited in the official video), it is often taken down by the labels. 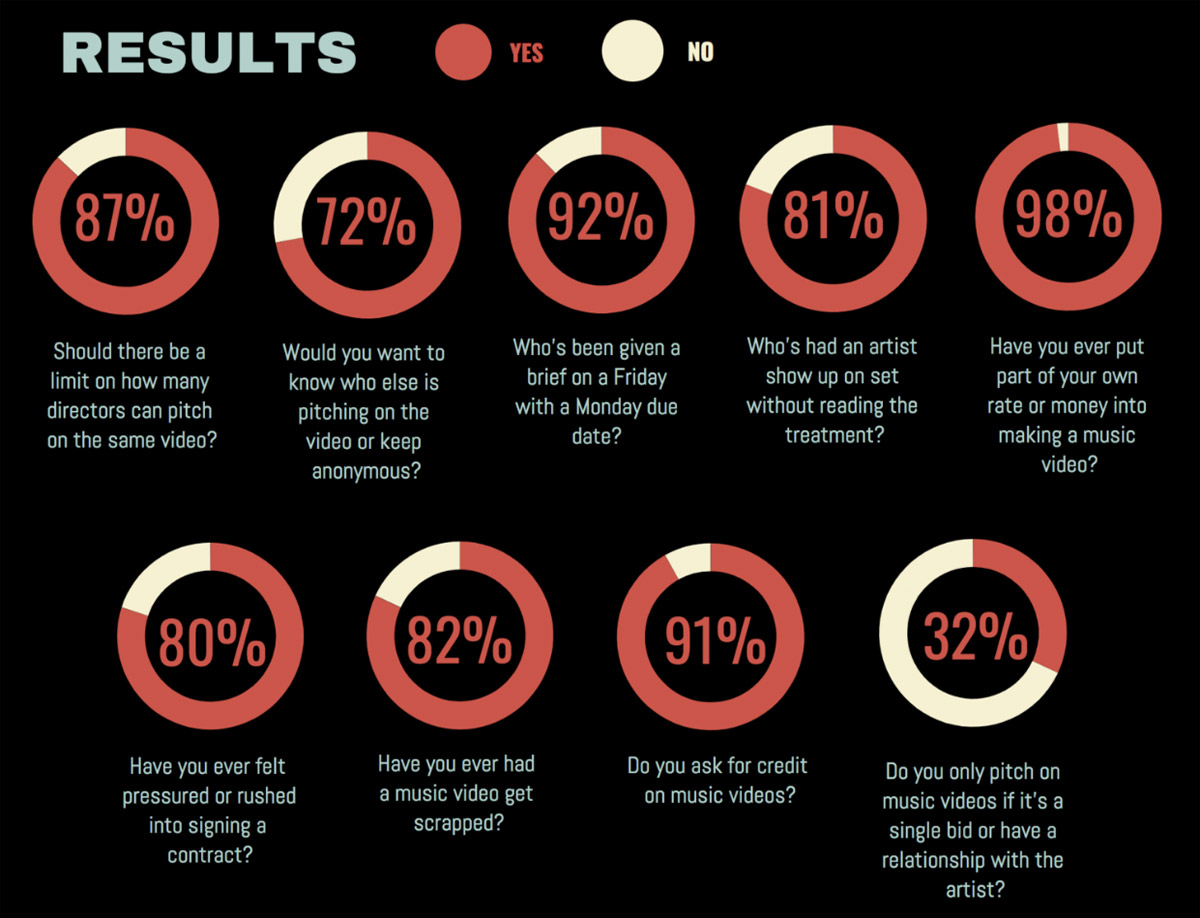 Kwan explains, “There’s an unspoken handshake between directors and music labels—the labels have these really cool artists who need music videos but they don’t have money, and the directors really want to make videos for cool artists but no one’s giving them a chance. So there’s a relationship built on free labor, but the handshake has leaned a little too far in one direction, and it’s no longer a handshake. Directors are basically being dangled off a cliff.”

So Kwan decided to do something about it, he created ​We Direct Music Videos​, a volunteer organization of directors and producers determined to hold everyone involved in the music video process accountable. Their goals are simple: They want respect. They want transparency. They want to minimize free work.

How are they going to do it?

WDMV are specifically focusing on the pitching process, and have created a simple set of guidelines (which you can read in full, ​here​). If enough people involved in making music videos pledge to follow the WDMV guidelines, the hope is that this becomes the standard. Directors like Spike Jonze, Hiro Murai, Emily Kai Bock, Paul Hunter, Alma Har’el and nearly 1,800 others have already signed the pledge for follow these guidelines. Things are already starting to change. 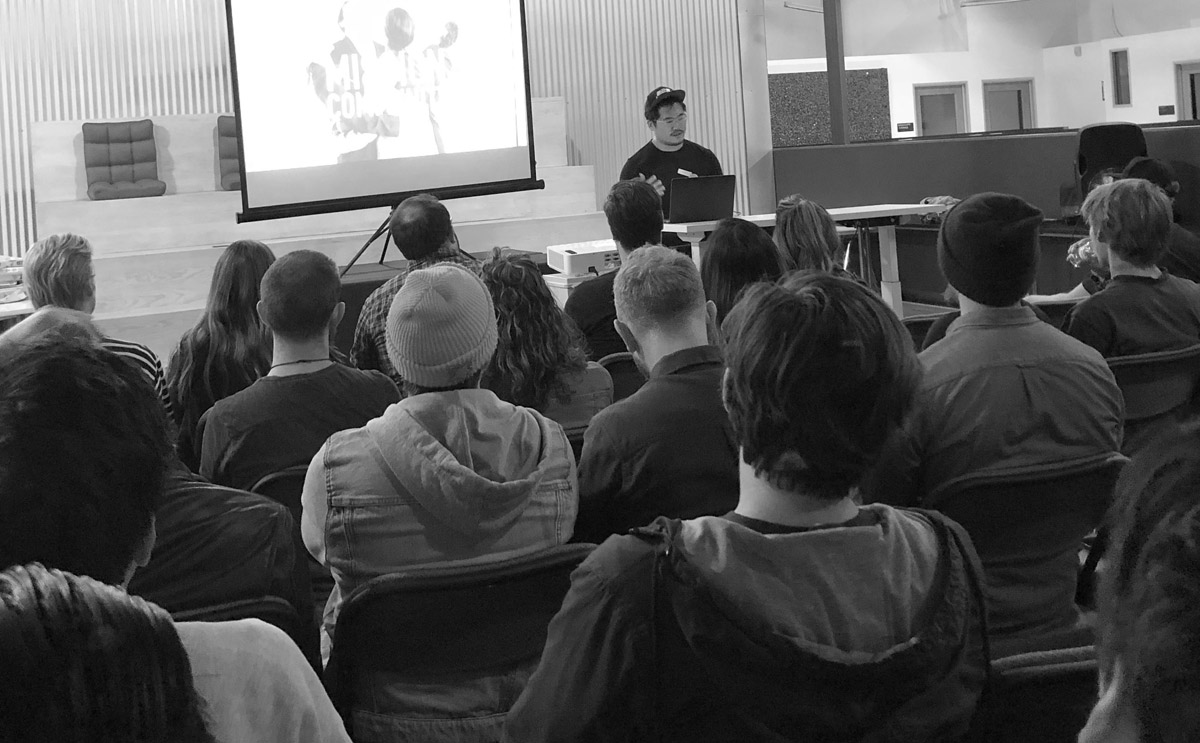 Why should anyone other than music video directors care about this?

Kwan’s response to this question was “whether you’re a graphic designer, a photographer, videographer, or anyone else working in a creative industry, creative labor isn’t seen as labor. And it’s a dangerous precedent to set—to undervalue creative labor and the arts in general”. So even if you don’t work in music videos, or care if great videos continue to be made, this has the potential to affect the larger creative community. Kwan’s hope is that these efforts to change the music video industry will encourage people in other creative industries to come together in similar ways.

Respect, transparency, and a little less free work—that’s not too much to ask for, is it?

If you want to add your name to the list of people who are supporting these guidelines, head to We Direct Music Videos to learn more. There are other great resources on there for young directors, like the growing ​database of treatments​ so you can see exactly what the treatment looked like for some of your fav music videos.