A stunning preview of Los Angeles-based director and photographer Justin Tyler Close’s audio-visual collaboration with Danish composer Kasper Bjørke Quartet. Based on Bjørke’s ambient soundscape — written after his cancer diagnosis — “The Fifty Eleven Project” offers a non-verbal meditation on themes of mortality and our human impact on the planet. The full art exhibition consists of 11 separate shorts, set to 11 accompanying musical compositions. Each film runs roughly 8-12 minutes and will play on a continuous loop on 11 screens in different spaces. As Close briefly explains how the project came together:

“After [Bjørke] finished, we (film crew) embarked on a journey to bring the music to life through visuals. So I wrote a story about one man who gets ill and then cures himself with both machines and his re-connection with nature; there’s no talking or dialogue, just visuals, movement, performance and sound. We shot the entire film on a little island called LIVO which translates to “LIFE” — which we found very symbolic for our journey.”

We had a chance to ask Justin Tyler Close some questions about his work. Watch the trailer for The Fifty Eleven Project above and check out our full interview below! 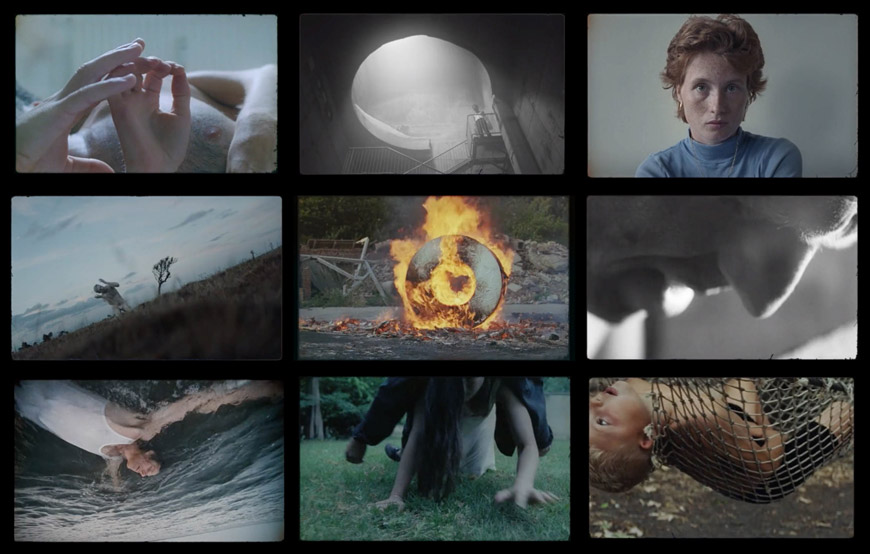 Jeff Hamada: How would you describe your interests or aesthetic when it comes to filmmaking?

Justin Tyler Close: Be prepared, but not too prepared. Instinctive & Honest

JH: How did you and Kasper Bjørke originally connect with each other?

JTC: Kasper sent me the record and I was instantly drawn to the music; emotionally. Ambient music creates a lot of visuals in my head, and I have these psychic thoughts about what it would look like as a physical image, landscape or person; and listening to 50-11 was one of those experiences.

My first listen to the record was transformative. I was in the middle of the desert, alone, high noon, tripping out (true story)… so after that moment, I really had no choice. I had to get involved. The future started shaping in the clouds. Also, Kasper made this record with a beginning, middle and end in mind. It came with a baked-in narrative; so naturally we connected on the idea of making one film that used all 11 compositions.

We spent a lot of time talking about the environment: how to change our planet for the better, and how we can manifest that into our work. I think our bond for healing the planet and ourselves is what pulled this project together — and considering that Kasper made this record while healing his Cancer — it became such a personal project for everyone. This is something I’ve always wanted to do as well (a visual album). We both felt eager to do something bold, and something for ourselves that went beyond money/jobs; something we’re doing for our spirits and for the art. 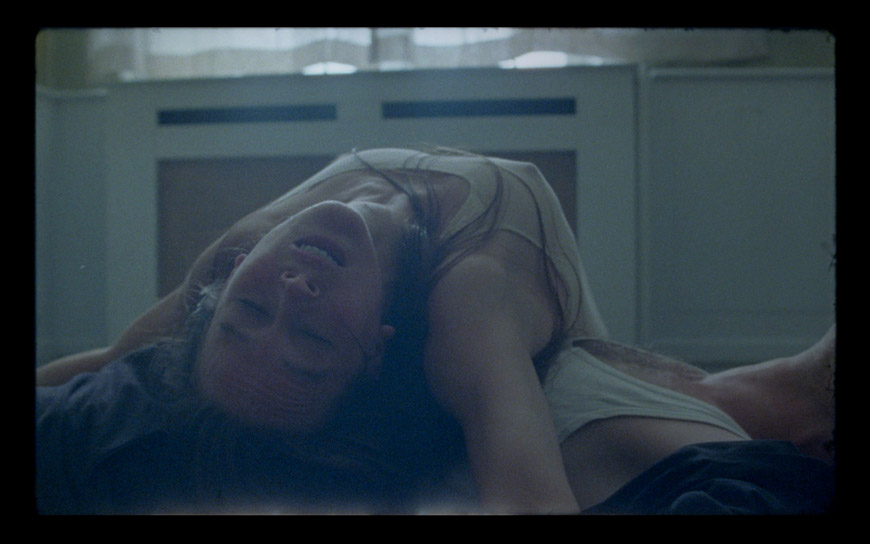 JH: What was the process like trying to understand Kasper’s experience with cancer? Was there something you could draw on from your own life?

JTC: I mean, I could never try to understand something like that. I’m sure it’s the scariest thing in the world, having something in your body that’s trying to kill you. A theme we talked a lot about in this film was rebirth — sometimes you have to kill the old-self, in order for the new-self to flourish. I also feel that sometimes we get sick or injured, as a physical reminder to stay present; a deep reawakening.

This is where I can connect, because the last few years have been filled with massive shifts of consciousness; destroying old habits and reinventing a healthier existence for myself. This is more about the mind, and the stories we tell ourselves — who we identify as. I can honestly say, that this project has changed me for the better; both as an artist and a man. At the end of the day, I’m joyful that Kasper is now cancer-free and that we’ll continue to make work together. The world needs his music.

JTC: Snorre Ruhe (my DP) found the island. It was a short ferry ride from his family home, and he’s shot there before. We also wanted to find a location, where we could set up shop for 5-6 days, and just focus on making the film, getting weird, and waiting for the perfect light. I really love to station myself, and use that as a challenge to make a film around one location. I work best when I’m not focusing on traveling, wasting time in a car or going to the next location. I always feel like I’m missing something; it gives me anxiety.

Livø has some of the oldest trees in the world, a beautiful ocean and open plains. It provided almost every location we needed; also had long days and short nights. I think for these type of art films, it’s important the crew feels like a family; the process was freeing in that way because we ate every meal together and slept in these weird schoolhouses. Something happens when you’re stuck on an island, everyone goes a bit mad and it creates a vibrant creative energy (for good and for bad, but nonetheless, something). I really enjoyed it, and made some amazing friends. (But I’d be ok to never return to Livø , it was haunted) If you Wikipedia it, you’ll see that it was once a prison. 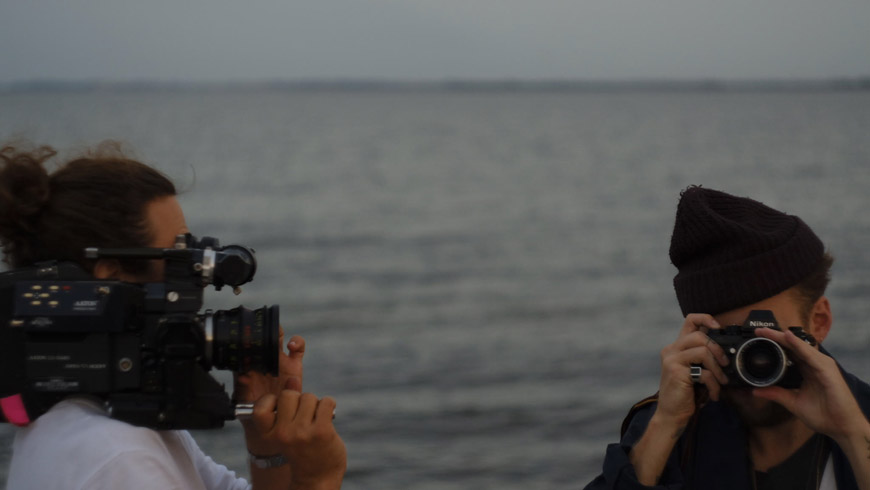 JH: Can you talk about some of the visual references when you first started to think about making an accompaniment to the music?

JTC: Usually I do a lot of visual prep work, storyboards, watching films, and looking at photographs, creating visual story boards etc. Just to get my head into a specific visual world, find a direction. But for this film, I didn’t want the distractions, and really wanted to find it on my own. We approached the visuals with a lot of freedom and instincts. We of course did the prep work with gear, cameras, format, but for the visual style, we really created them naturally, almost like you would a painting.

The collaboration between myself, Snorre Ruhe and the main actor Kristján Ingimarsson, was powerful. We danced together beautifully and with everyday, become more familiar with each other. Kristján would constantly surprise us with his performances and that created unexpected magic and excitement with how we composed each frame and moved the camera. This was the first time Snorre and I have worked together, but it didn’t take long for us to have that unspoken language, that every Director + DP work for. Sometimes it takes 2-3 projects and years to feel that; for us it was quite instant! We really wanted to make each frame like a beautiful photograph, so if you paused the film at any moment you would have a money shot. Each frame was really important to us, and I think that attentiveness created a bond visually for us.

JH: In what ways did the project change over time?

JTC: It was (and still is) a unique experience because as a director, you usually have the script first, you go shoot the film and then make music. We did it in reverse. The music was created before the script. We ended up making 120 minutes of film; one story, eleven songs, eleven films, with no dialogue, just audio, performance and visuals. I realized through the experience that I really like making films in this way; using sound / music to guide the writing process. 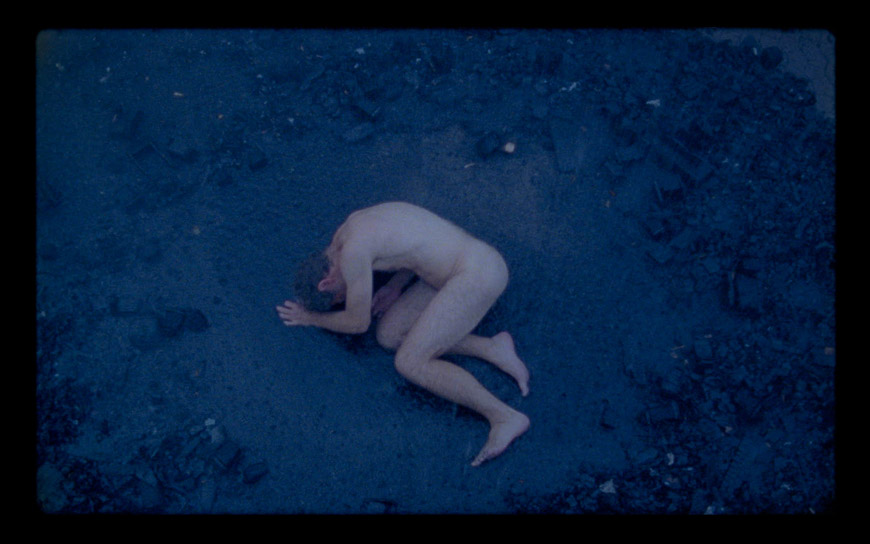 JH: What were some of the biggest hurdles you had to overcome during production?

JTC: Honestly, it was just lack of time and money. Our ambition out weighed our budget by x 100. But, I think shooting for no money comes with positives and negatives. Of course I wish we had more to pay our crew, have more time to shoot, more 16mm film to shoot with, and a helicopter is always nice! At the same time it’s fun to get crafty with how to achieve something so ambitious, for no money. It really comes down to collaboration and support, and the amazing group of people who helped make it happen (and still helping). Love you all, but especially thanks to Kasper Notlev and Art Official in Denmark for saving our asses.

Other than the money/time, the only other hurdle was being cautious of Kristján’s (our main actor) health. We were shooting 11 films in 8 days, and a lot of the films were extreme, and demanding to the his body. Having to move, being painted, thrown in ice cold ocean water or a real sand storm. Each film had its challenges physically and we asked a lot from him. Any other actor I feel like would’ve just quit. For real, we were so damn lucky that Kristján is such a beast of a performer and not only showed up everyday with enthusiasm, strength, ideas, but he gave it 110% every time. We only had to go to the doctors twice… =)

JH: How did you decide to present the film this way (continuously looping on 11 screens)?

JTC: We talked a lot about making a “film” and not just a singular “music video”. I think everyone has a problem with how work is exhibited these days online; there’s just so much of everything, that it’s hard to think about spending so much time making music, or making a film, to have such a tiny window to exhibit it; we didn’t want this project to get lost and forgotten.

In saying that, our goal from the very beginning was to create an art exhibition / installation project from the 11 compositions/11 films, so that the audience can have a more intimate and immersive experience, audibly and visually. For us, we’ve seen the impact of this already when we exhibited in Milan and Copenhagen; people were really emotional while watching the films, because they sat in front of a screen, with headphones, alone, and no distractions.

It’s an isolating experience and the sound blankets you while the visuals pull you through. It’s exactly what we intended it to be. I look forward to touring the show more, in different spaces. I personally think it needs to be installed on big projectors, on big screens so that the visuals become giant and overtake the viewer. That’s how it should be experienced and how I’ve always envisioned it.

JH: What do you hope people take away from the experience?

JTC: I think escapism into art, music, films is so important in a world filled with distractions and temptations. I just want people to feel lost, but not scared – blissfully lost. Being ok with the unknown, and open to whatever comes next. Enlightened. Present. That’s it!