Director/cinematographer Alimzhan Alan Sabir and dancer/choreographer Eric Cheung describe this film as “an analysis of the dualistic nature of the ego mind and its role in shaping one’s identity and perspective on oneself”. Drawing directly from Eric’s personal experiences and struggles to find himself, “E_GO” quietly and honestly captures this mesmerizing moment of vulnerability. The film premiered at Vancouver’s exciting F-O-R-M festival, which celebrates recorded motion of all kinds, and provided funding for the project.

We had a chance to ask Alan and Eric a little bit about their film project. All the photos below were shot by Sebastian Palencia. 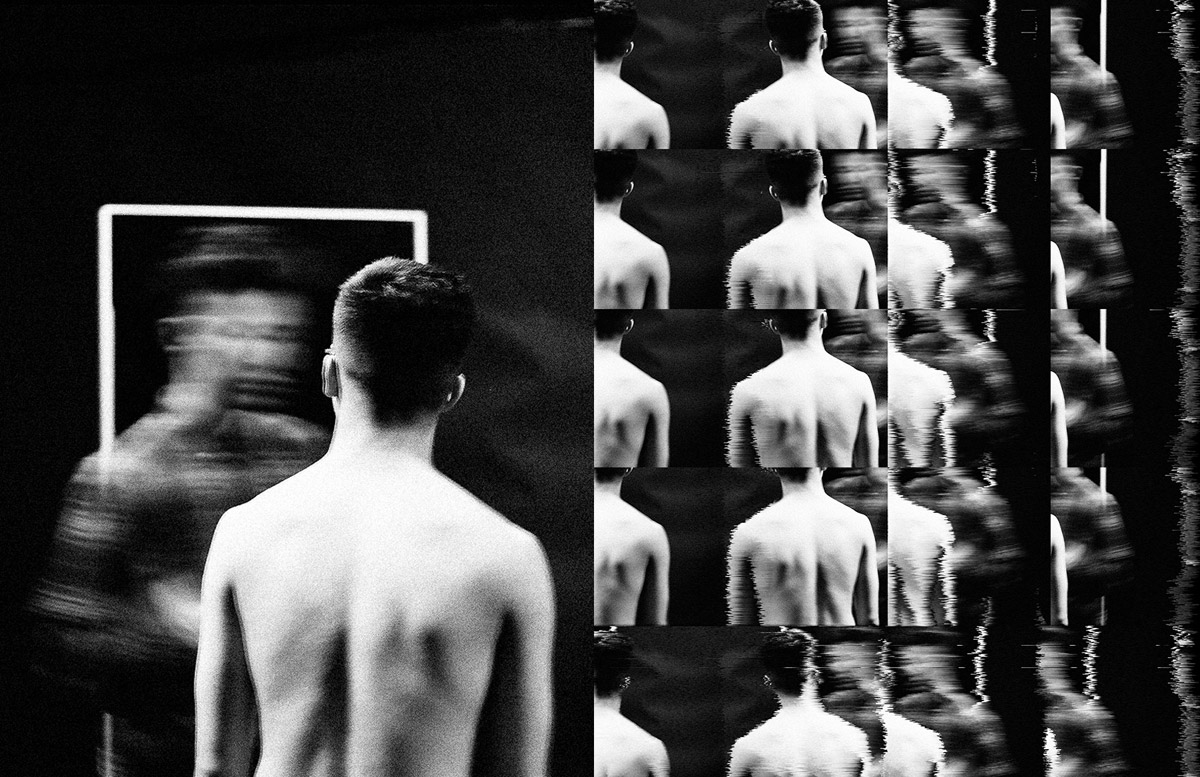 How did you guys first meet each other? Are you both from Calgary?

Eric / Alan: We met in passing through the street dance community in Calgary. Where Alan is apart of a breakin’ crew called “Grim Reminder” that is close to a popping crew that Eric is currently in called “Unknown Elements”. Eric was born and raised in Calgary, Alberta, and Alan originally grew up in Kazakhstan but later moved to Canada in 2012.

In what ways would you say you are similar and different creatively?

Eric / Alan: We have similar artistic tastes when it comes to collaboration. Even though we come from different individual pasts we are able to pool our creativity into one unified idea. We are both solid listeners when it comes to exploring concepts and ideas, we are patient with each other’s thoughts and expressions. One of the most helpful similarities is that we both have a dance background which allows us to understand and communicate simply through movement and music.

Our difference is where we pulled our inspirations from. Eric is able to tap into many different outside influences such as form, current culture, personal experiences and his surroundings.  Alan fuels his inspiration from fashion, the combination of movement and film, photography, and music. With the combination of each other’s strengths, we are able to compliment one another when we collaborate on a project together. 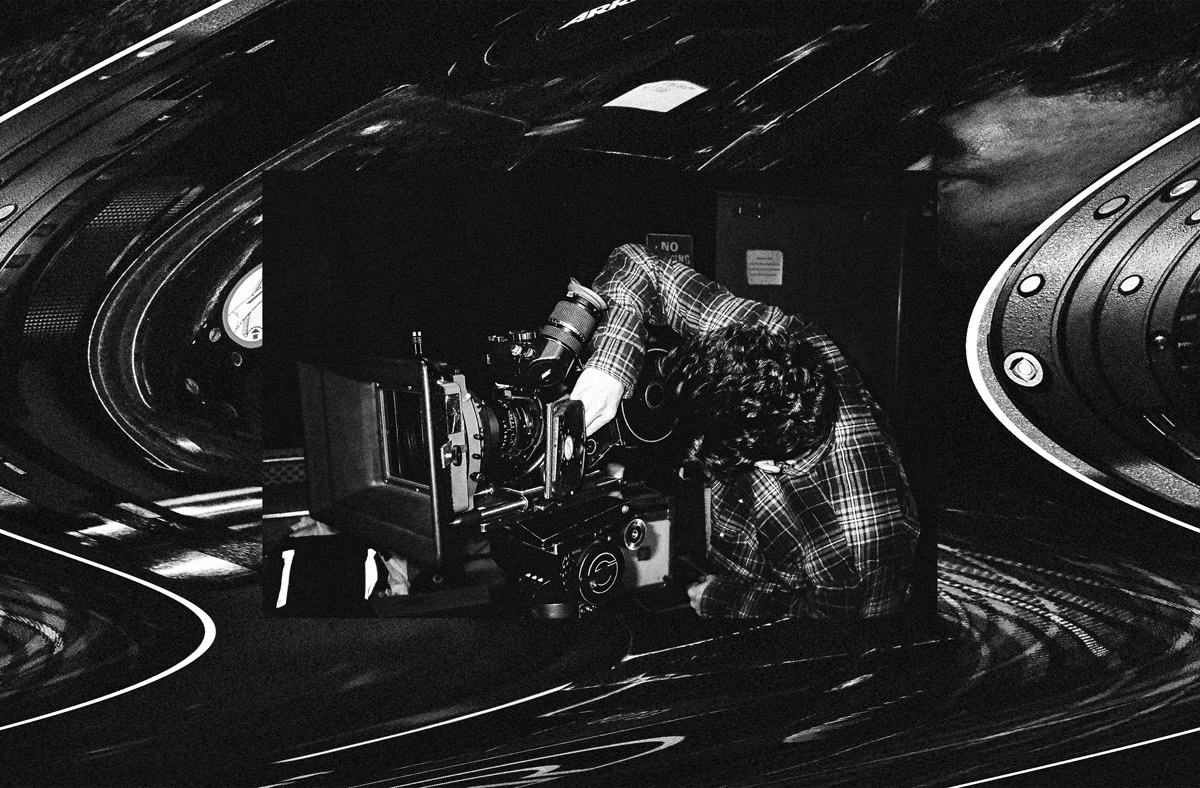 What were some of the things that inspired the film?

Eric: The main inspiration for creating “E_GO” was to bring attention to the issue of mental health as an artist. By observing my fellow peers through their struggles with mental health, this observation ultimately led me to explore and reflect upon myself. Focusing on the idea of ego and its role it has in someone’s psyche, which questioned what kind of relationship I have with my own ego. Something that I quickly discovered I have to continuously keep in check after I decided to drop out of university to pursue dance.  A big inspiration in the thought behind “E_GO” was a speech given by Caroline Hughes entitled, “The art being yourself” where she goes about explaining how to be the truest version of yourself and to find balance with your ego. A term she coined as “interiority”, the equilibrium between the two points of ego. Which the film revolves around as the central theme and final destination.

What were some of the challenges of the shoot?

Eric / Alan: Majority of the film was funded by F-O-R-M through their commissioning funding film grant program and through personal funding. We had a limited budget in relation to what we wanted to achieve as our final result. The mirrors were a challenge to set up in order to avoid seeing any of the gear or the camera itself. Shooting solely on 35mm film introduced a lot of financial and logistical challenges, but was worth it in the end to get the look and aesthetic we were going for. Overall, it was a huge learning experience creating this film and we were pushed to think of creative solutions to overcome many of the problems we faced in the creation of “E_GO”. 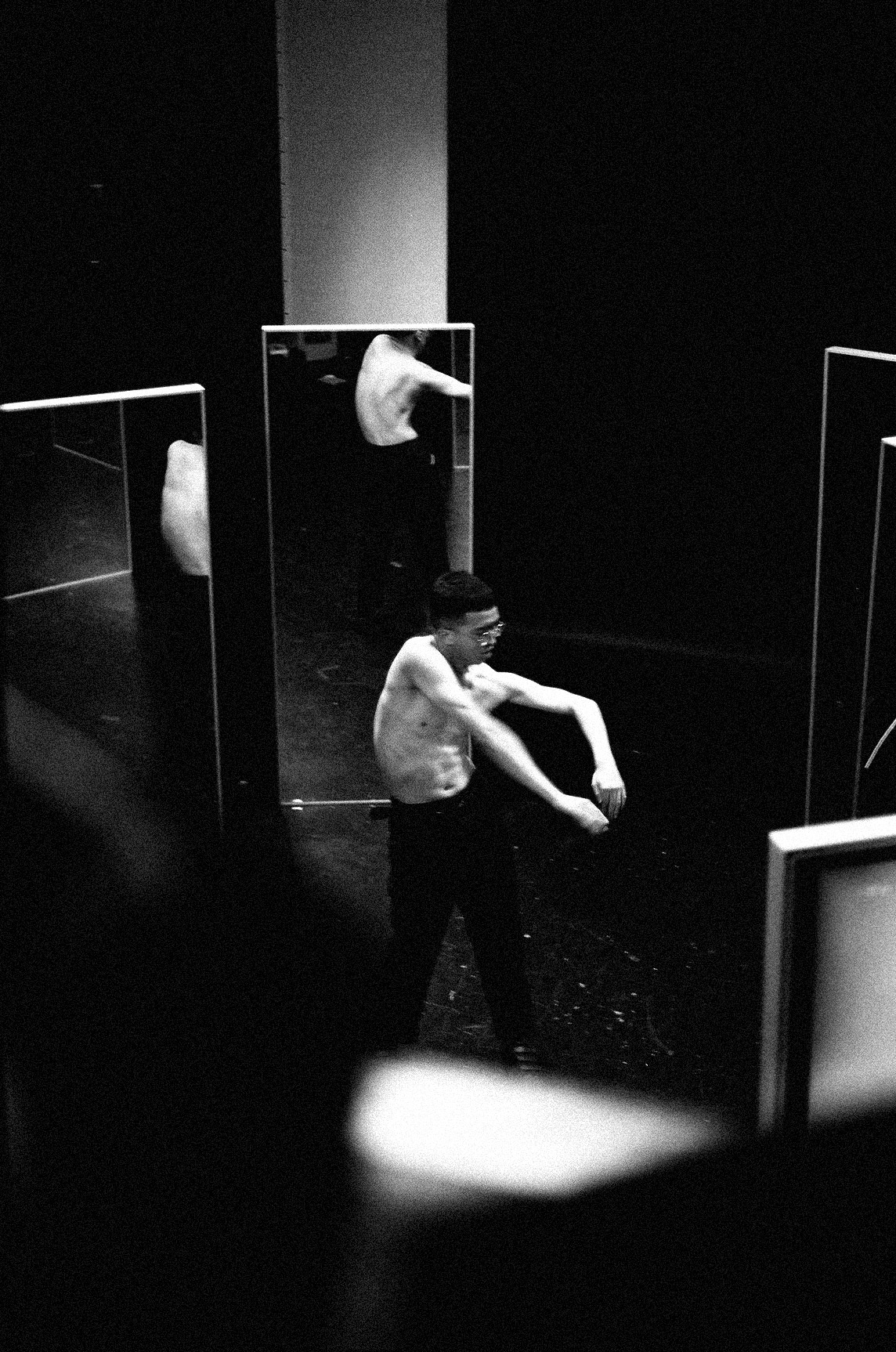 The idea of the mirrors obviously plays into the theme of ego, can you talk a bit more about the set design?

Eric: “E_GO” and the use of the mirrors symbolizes the act of “looking yourself in the mirror”, the intention of confronting who you truly are as an individual.  In the film, we use multiple mirrors is too expose the different sides my ego and set the stage for self-exploration. Shedding light on different aspects of ego such as superiority and inferiority complexes. We wanted the set design to have a sense of vulnerability and give a greater impact to the viewer emotionally. We wanted the film to promote the importance of self-awareness and the importance in finding balance or “interiority” in their ego. 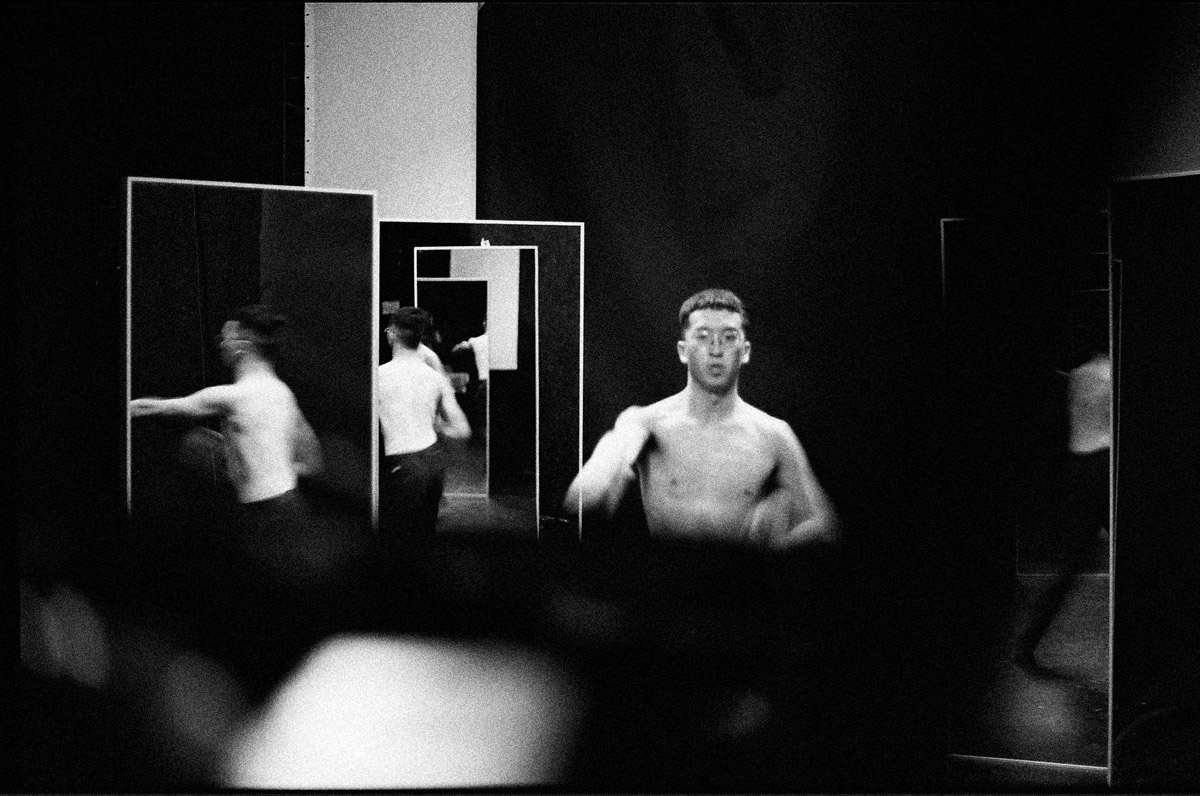 Who are some other creative people whose work we should be looking at? Dancers, filmmakers, photographers…

Eric: Right now I’m mainly inspired by dance groups who are bringing an authentic voice to street dance and bringing this culture to the theatre. Groups like Ouro Collective which I am currently apart of, Tentacle Tribe and Wang Ramirez are continuously pushing the perception of street dance and its possibilities in the contemporary dance world.

Filmmaker to look out for is Jonas Freudenberger from Germany, who I recently just shot a one-take dance video to be released in the new year.

The photographer Sebastian Palencia who shot and edited the photo set to go along with my film is extremely talented and well versed in his work. Ranging from fashion and lookbooks to producing more abstract photos through post editing and posing. He’s a long time friend of mine and collaborator, definitely stay lookout for his future work.

Alan: DDG and META are a collective full of inspirations and amazing creatives. I look up to them hugely and they constantly push me creatively. Their work is phenomenal and this film wouldn’t be what it is without them.

Matthew Addington who is based out of Atlanta. We worked closely together as a Director and DP duo on a couple of projects out in ATL.

What’s next for the two of you?

Eric / Alan: We hope to produce more compiling works in the near future ranging from different topics and concepts in the new year. Also to see where we can take this film as well, and distribute it in different mediums such as film festivals or different art & film online platforms.