The video similarly explores themes of synthesis, as the two main characters become aware of their connection and their emotional landscapes begin to blur together. Although it’s left to the viewer to determine whether the two are able to help each other find salvation or simply fallen into more dangerous territory. In terms of the look of the film, Findlay explains:

“It was shot on 16mm film utilizing a steadicam for the running sequences. Additional shots were collected through the recording of the camera’s video tap. These shots were used to create a separate, more digital feeling landscape. The way in which an identical image was printed simultaneously on both the film and the video tap recorder felt especially fitting for this particular project. It acted as a portal to the way in which the two character’s experienced each other’s realities, with one viewpoint being organic and the other more harsh and constructed.”

Check out “Subconscious Self Sabotage” above and credits below! 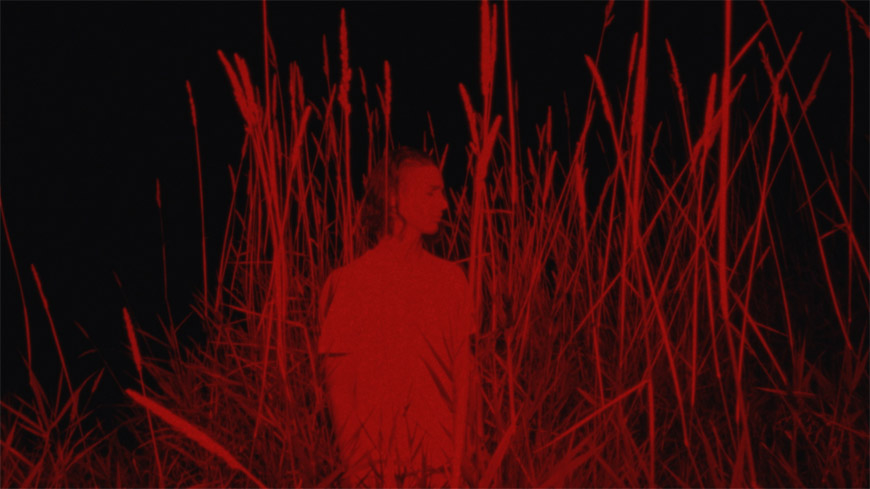