Post Radical: An Interview with Alex Craig and Rick McCrank

VICE’s new show Post Radical follows legendary pro skater Rick McCrank as he explores skateboarding’s varied subcultures. From fingerboarding to freestyle, the series strikes a nice balance between humour and heart. We recently had a conversation with McCrank and director Alex Craig about making the show. Full interview below. 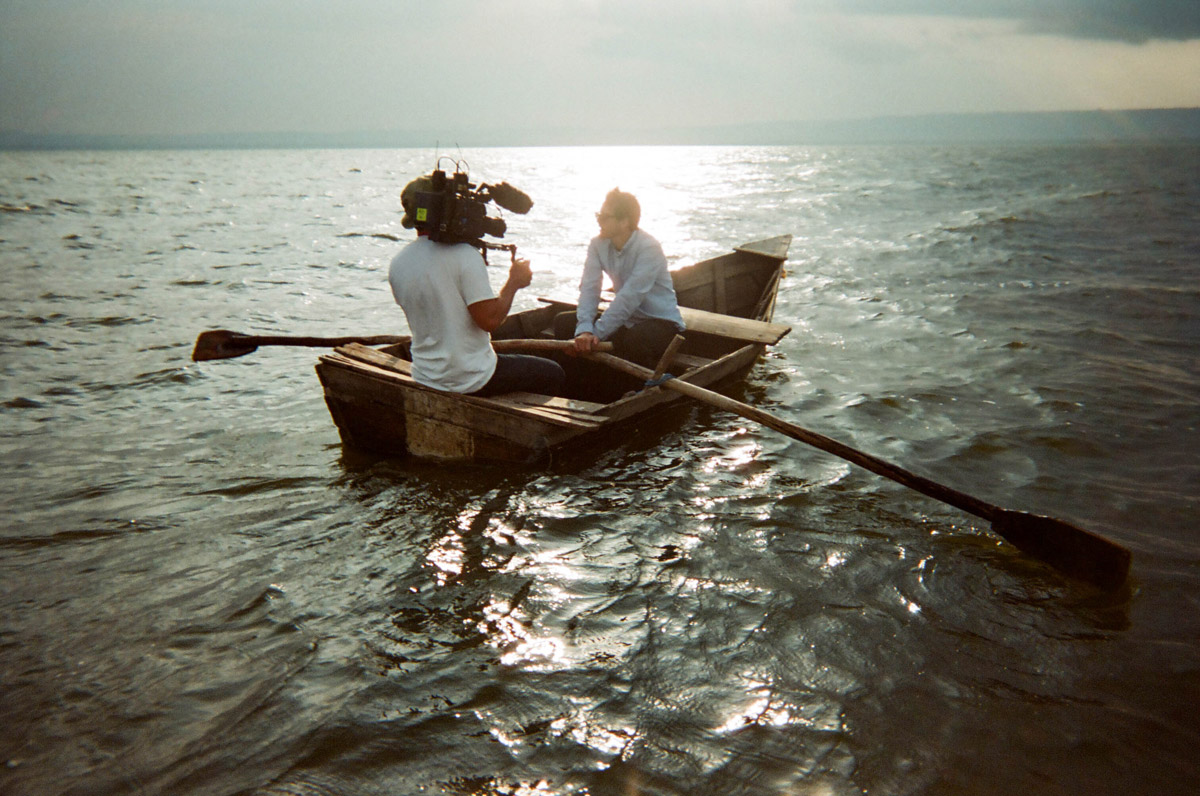 How did you guys first meet? I’m assuming you knew each other long before you made Machotaildrop with Corey Adams.

Alex: I think we met about 15 years ago, something like that. Before Machotaildrop we made another film called Harvey Spannos, which Rick was in, so we started hanging out more while working on that. I was still living in Scotland at the time.

In what ways are you similar and different creatively?

Rick: I’d say our similarities are much greater than our differences. I think our strengths compliment each other. We have similar tastes and influences.

Alex: We definitely share a similar sense of humour. Rick is more of a performer than me, he seems to work best in the moment. I’m more of a shaper, i need take my time and experiment and think about process and stuff like that. Basically, I’m very comfortable behind the camera and Rick is very comfortable in front of the camera. 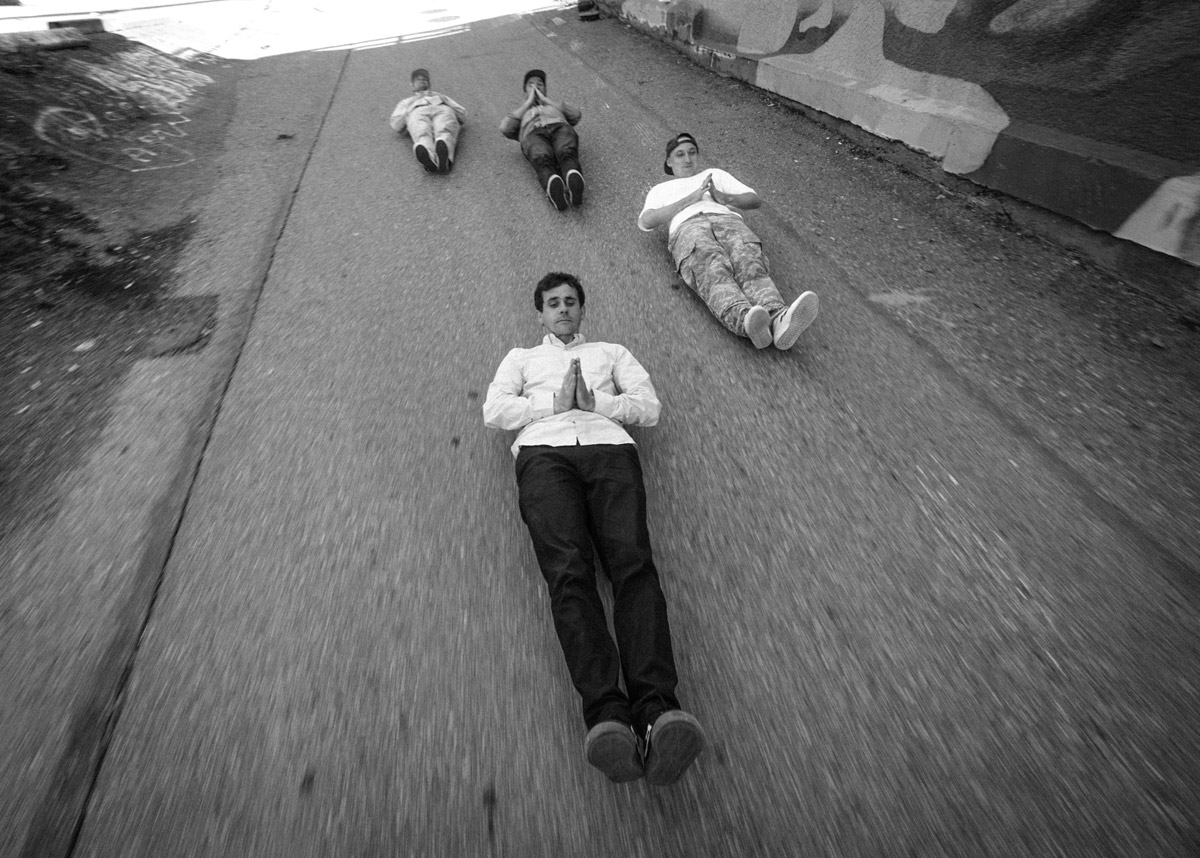 Beyond exploring the fringes of skate culture, what is Post Radical really about? What’s at the heart of the show?

Rick: I think Post Radical is just about people, people doing what feels right to them and we try to explore why that is.

Alex: Yeah, It’s a study of the subcultures and cliques humans create in order to connect with one another. Like extended families. You could just as easily base the show around different genres of dancing or what not. In this case we chose to take a deeper look at the weird and wonderful world of skateboarding as its evolved over 50 plus years. I kind of like the analogy that skating is closing in on its golden years, so it seems like a good time to sit down and asses the health of its internal organs.

In the Fetishist episode, we spent some time with the Barrier Kult whose thought process seems to be about stripping back the act of skateboarding in an attempt to understand its true essence. One of the kult members came to the conclusion that when you deconstruct it down to its most basic feeling, it’s simply “rolling on a bearing.” Nothing more nothing less. I like this simplicity a lot. 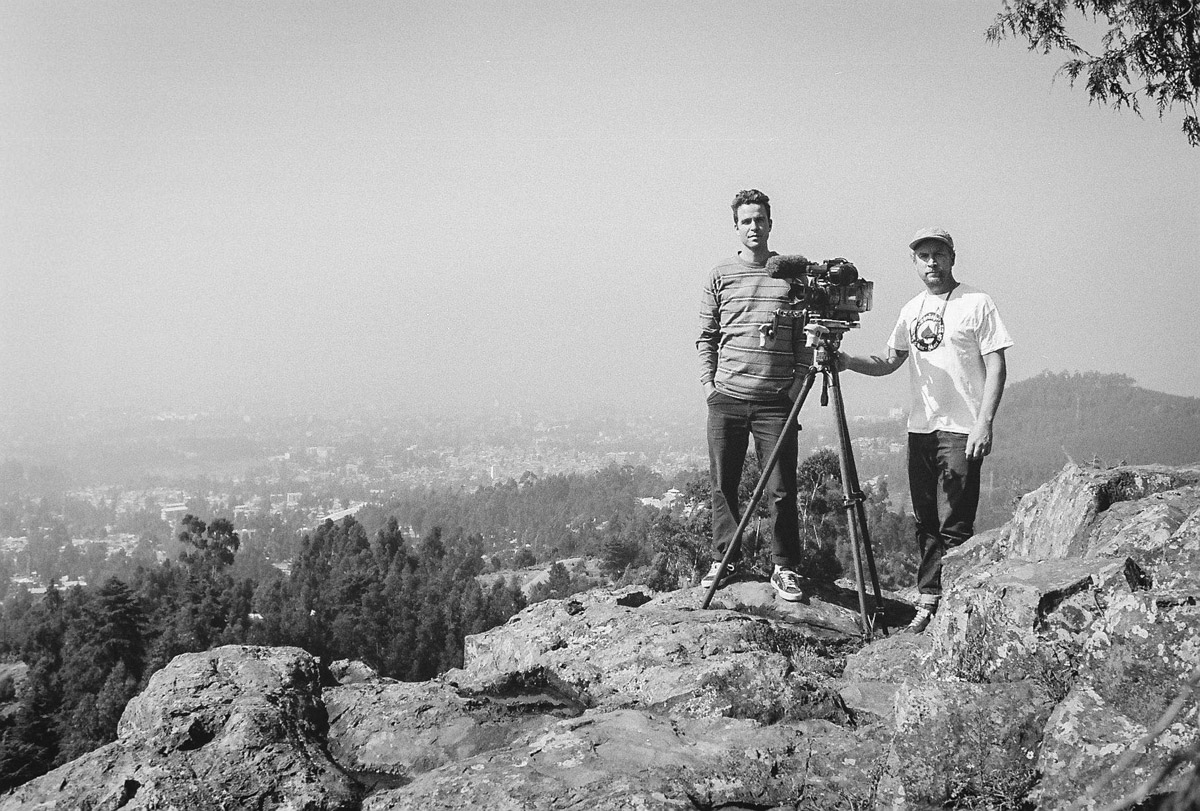 Can you talk a little bit about the process after you’ve identified an interesting idea or person to actually identifying a story?

Rick: I think Alex is better suited to answer that, he has a rare talent for story.

Alex: We actually go to quite a lot of effort to not overly script the episodes, by which i mean we try not to force a story. We focus on shaping a natural a discourse within a loose framework and then let that inform how the story should flow. Or at least that’s the idea, it doesn’t always work out that way. We try to shoot in order and in real time and things like that to help keep it all feeling as spontaneous and natural as possible. It can cause some headaches in the edit because we’re not designing the beats beforehand which is more normal in episodic TV. It’s a producers nightmare as its hard to schedule efficiently, but our team is solid. We’re all friends and we trust each other and for the most part we’ve got the process dialed now. Props to Dave Galloway and Dave Ehrenreich, they have to deal with my dithering all the time. I’m continually editing in my head while we’re shooting to try keep it on track, which ends up being successful about 50 percent of the time. The other 50 percent, where I’ve blown it, it just comes down to pure graft in the edit suite. It’s kind of the opposite of how we shoot. It can be delicate and laborious but when it works, I prefer the overall vibe. 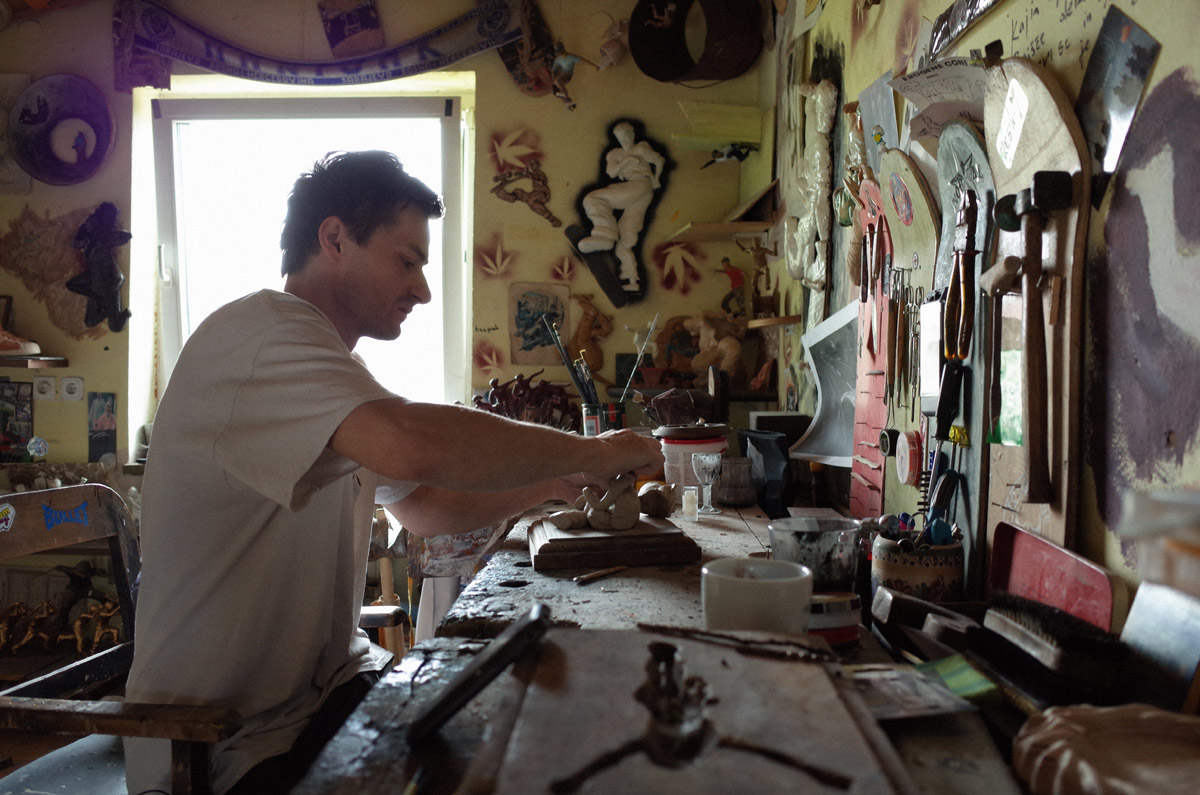 The Dreamer episode maybe more than any of the others, follows a sort of hero’s journey and it was clear how much you guys were rooting for him to succeed. Was it tricky at all to find a balance of really honest moments without embarrassing any of the subjects?

Alex: Yeah sometimes it’s tricky and especially so in that episode, but I don’t think we would ever intentionally embarrass anyone, except for maybe ourselves. We had this kind of principle we called ‘no malice’ that we tried to follow. So long as we present the characters truthfully, then we can let the audience decide for themselves what to make of it all. It becomes more tricky when we’re trying to add a bit of humour to certain scenes, cause there’s a fine line there, but really we just try to keep integrity at the forefront, and try not take ourselves too seriously as the same time. 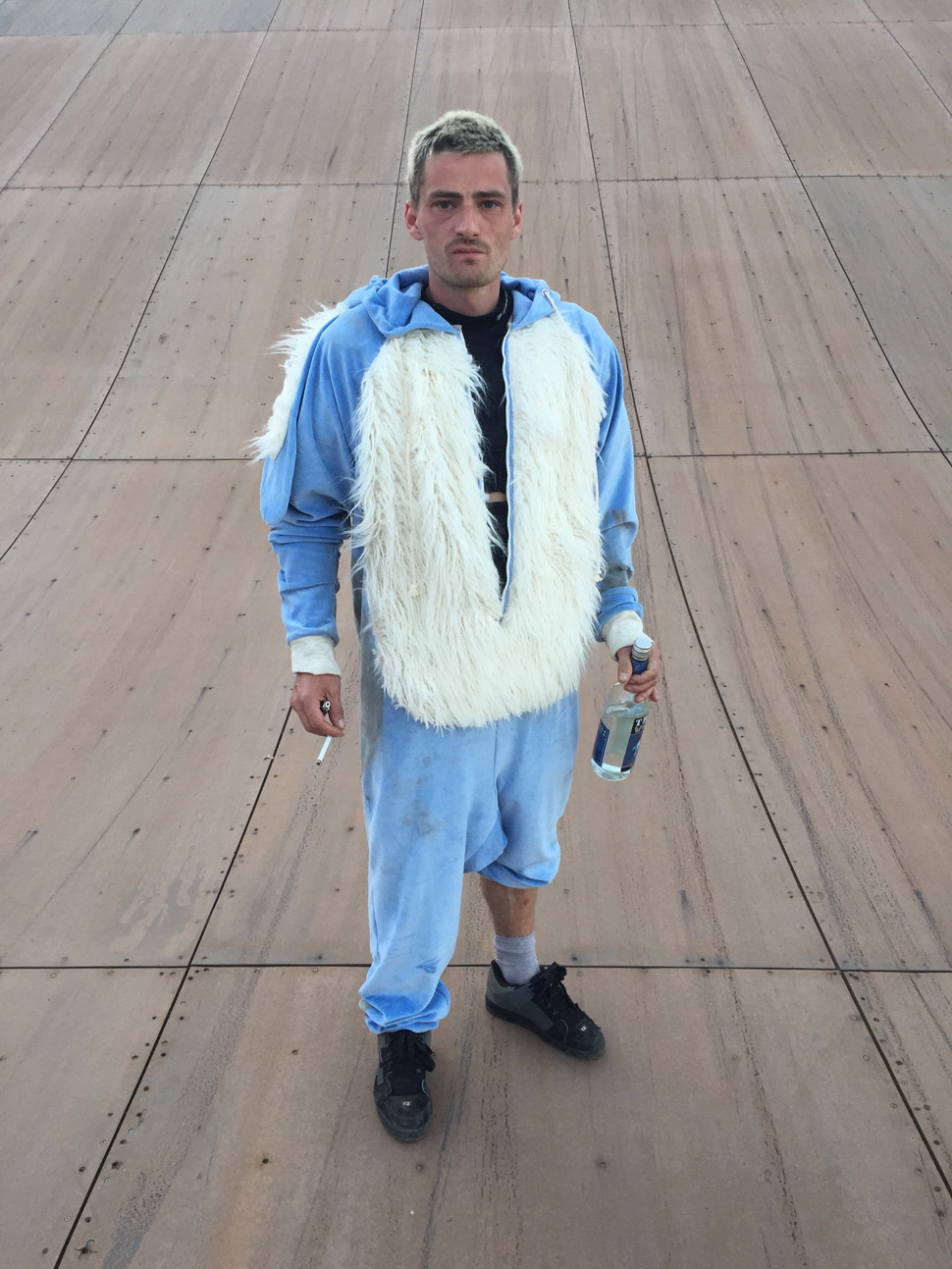 Rick: We try to look at everyone with a compassionate non-judgemental eye. There were times when we left some real entertaining moments on the editing room floor so not to embarrass people.

Who or what makes for the best interviews?

Rick: I think for me the best interviews are with people who can look me in the eye and have a normal conversation, sometimes we can get lost in a conversation and forget that there’s two camera operators and a producer watching us and I think the audience appreciates honesty. I like the interviews that help people articulate what they’ve been feeling but haven’t been able to put it to words yet, you can feel the energy when someone sort of figures their shit out as opposed to someone that may have an agenda and some talking points. It’s happened to me many times where I just start talking about something and I really don’t know where I’m gonna go with it and I come to some sort of realization or conclusion, half surprising myself. 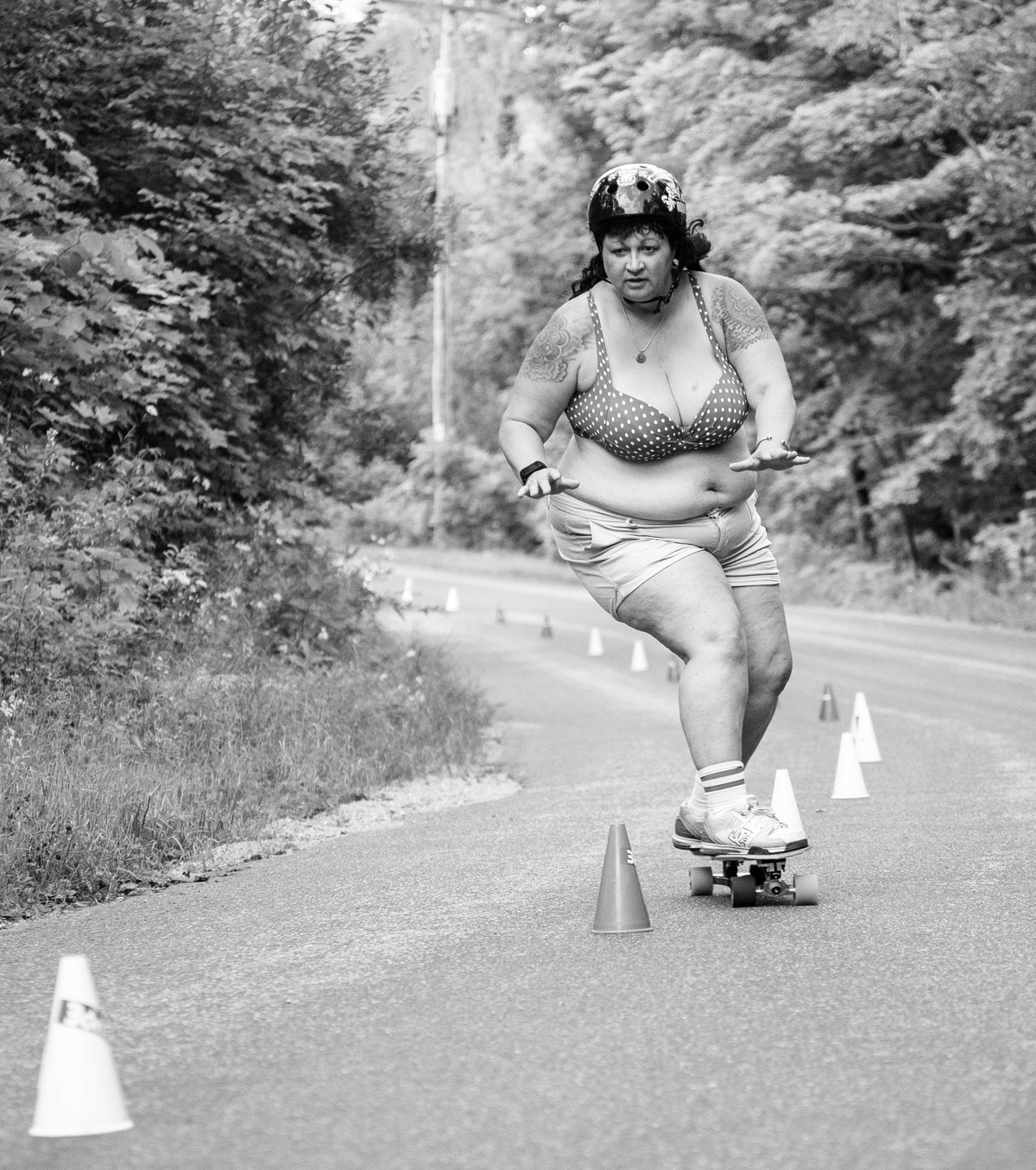 Alex: I personally just like honesty. If someone can articulate themselves honestly then I think no matter who’s watching you will find some level of connectivity. I don’t necessarily care what character traits someone might display, I’m not there to judge them, but if they have honesty and a sense of humour then that’s a winning combo. In the Dreamer episode, i thought Almir Jusovic was incredible on camera. He opened up to us in a way not many people would, which I thought was a beautiful thing. I’m not even sure he realised how funny he was either. Pure gold. Rick is also a natural at reflecting his own thoughts back to camera honestly, which I think is a really hard thing to do. He’s not coming at it like a typical host or a journalist, he has this kind of self effacing lack of ego or something. And a quick wit. It’s actually quite refreshing to watch. 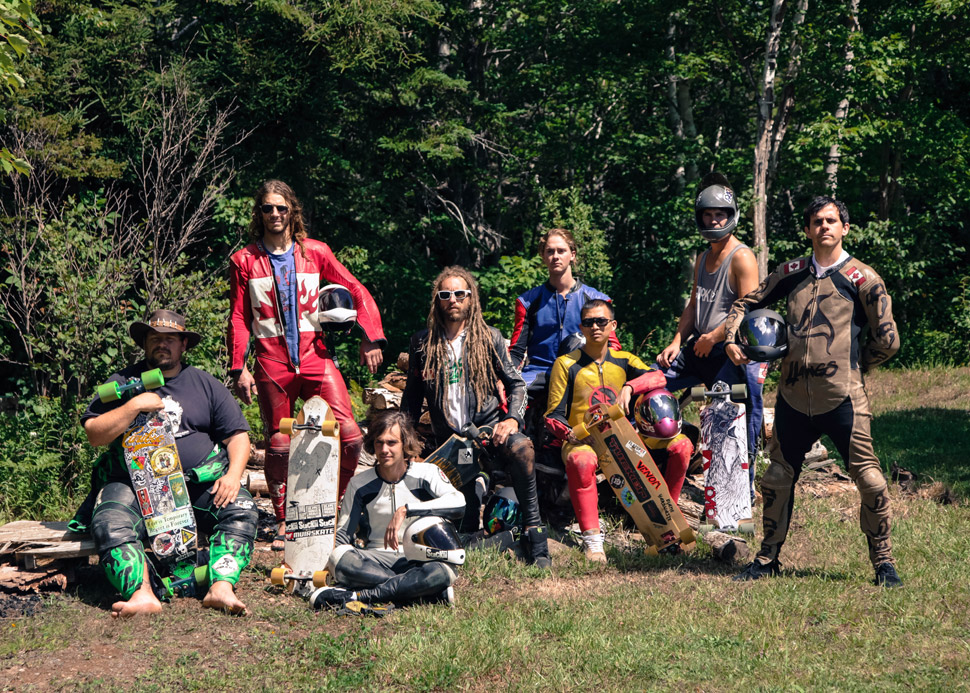 You guys explore everything from fingerboarding to freestyle, did the investigation of any of these niche scenes change your opinion about them?

Rick: Not really, other than gaining more respect for the Downhillers, i didn’t realize how fast they actually go and how much fun they have.

Alex: I don’t think my opinion was changed necessarily, as i’m not sure i had much of an opinion on something like fingerboarding for example. It was definitely illuminating and kinda trippy sometimes but more often than not it was just stoking to hang out in these worlds for a bit. I’m just happy that there’s people out there who deeply care about things outside of what’s considered the norm. Amen to that. 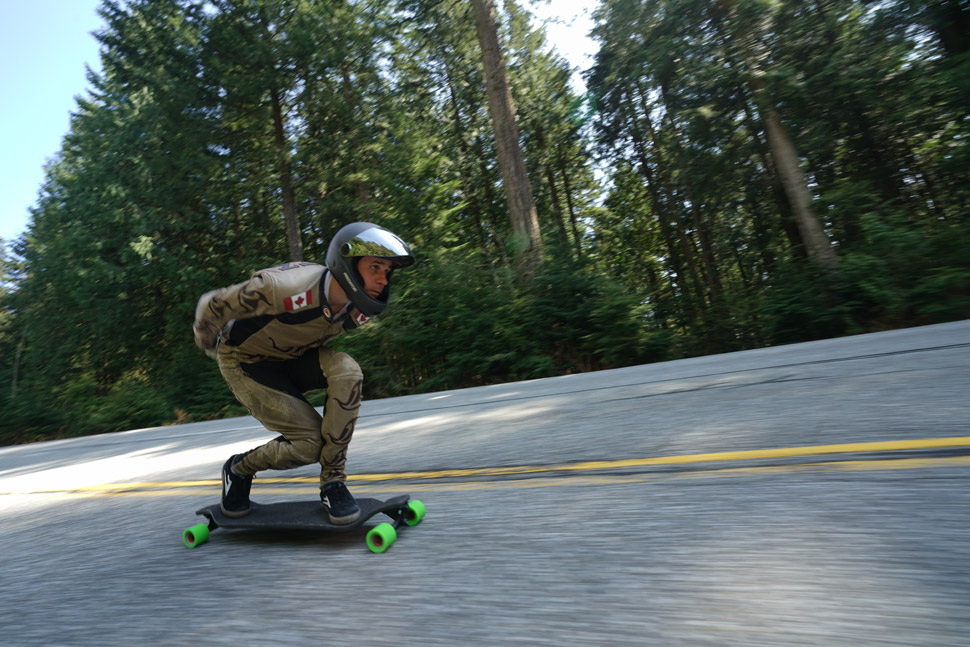 Rick, were you more nervous to go 70km/h on a longboard or perform in that freestyle contest (especially after the announcer hyped you up)?

Rick: I was much more nervous doing the freestyle contest actually, which is funny because I’ve done many other skate contests but there’s something more naked about a freestyle contest, you can’t hide behind any ramps or obstacles, you just have to go out there in what feels like a spotlight and be you.

Yeah, it seemed like that was the one where you felt more pressure, ha! This is your second show for VICE (the first being Abandoned) do you have another project planned? What’s next? Any plans for another feature?

Alex: Not exactly sure what’s next, but I’m working on a few ideas including some features which I’d love to get going in the new year.

Rick: No plan as of yet for me, I’m just a leaf floating down the river waiting for the right opportunities. I’m down for anything interesting with my friends.