Premiere: “Should You Meet A Lady In A Darkened Wood” by Daniel Stankler

Love the style of this animated short by London-based illustrator and animator Daniel Stankler. Created as his graduation film from the Royal College of Art, “Should You Meet A Lady In A Darkened Wood” mixes a classic fairytale aesthetic with a narrative analogy to modern dating and our taxidermist-esque tendency to objectify one another, collecting likes and matches, without necessarily engaging with the person at all. As Stankler explains further:

“The film was animated entirely frame by frame in Photoshop, and I took design inspiration from mid-century illustrators like Mary Blair, whose work on early Disney concept art I’ve loved for as long as I can remember. I wanted to use the Disney illustration style to highlight the ways in which the film undermines fairytale tropes — it’s dark, has a protagonist who’s also a serial killer, features a Damsel who refuses to be distressed.”

Watch above and check out the moodboard Stankler created during the early stages of the project below! 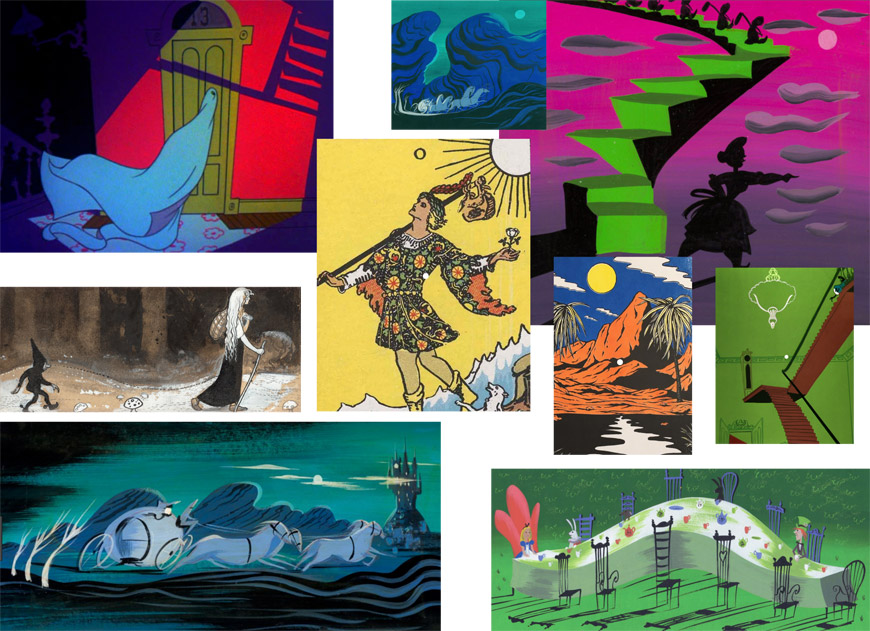