“Head in the Clouds”: An Interview with Christine Yuan

We recently had the chance to ask Yuan about her approach to filmmaking, some of her favourite directors working today and her own dreams for the future. Watch “Head in the Clouds” and check out our full interview with Yuan as well as some behind-the-scenes images from the shoot, taken by fellow director and photographer Anthony Pham! 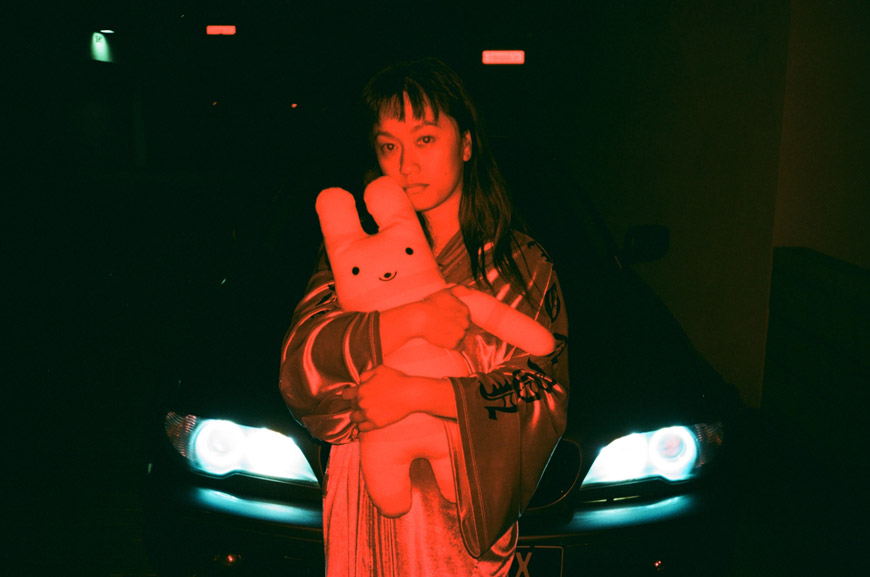 Jeff Hamada: I read as many of your previous interviews as I could find! Can you tell me something about yourself that you haven’t revealed in an interview before.

Christine Yuan: I’m learning more and more about the freedom and power of not taking yourself too seriously. I feel like I’m experimenting more than ever and it’s nice to remind yourself constantly that there’s something new to be learned. It don’t stop.

Jeff Hamada: In another interview you defined success as “creating a clear channel through your work to reveal your soul”, I love that. At what point did you feel like your work was starting to really reveal your soul?

Christine Yuan: When I started wearing silk, my soul really began to shine. (っ◔◡◔)っ But for real, this past year has been amazing working with artists and brands who trust your vision and allow you to do your thing. Recently, collaborating with 88rising feels like a turning point. 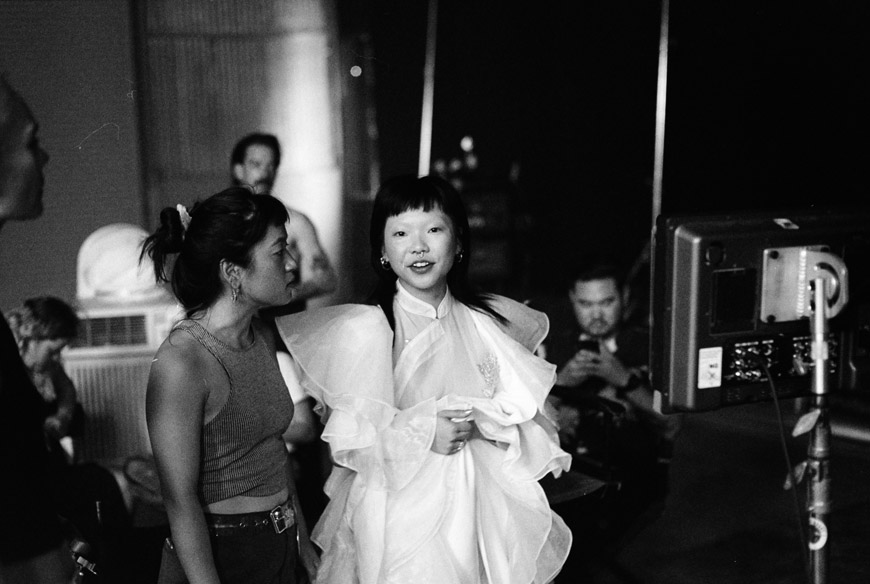 Jeff Hamada: What were you like as a kid? What kind of things were you into?

Christine Yuan: I was a mad loner as a kid. I would draw and read a lot. I would stare out the window at trees and fall in love with the wind and how it danced with the leaves. I was into computer games like Lode Runner and Lemmings. I was into collecting Pokémon cards and watching Jackie Chan Adventures after school. I was also into playing teacher, which was probably what prepped me to be a director.

Jeff Hamada: I loved Lemmings too! How do you think you’ve changed since then, and how have you stayed the same?

Christine Yuan: I’ve definitely changed and am a lot more social now. I think my job requires me to be that way. But in some ways, I’m still the same and am still in love with the wind and how it dances with the leaves. I’m now into “computer games” like Adobe InDesign and Premiere. 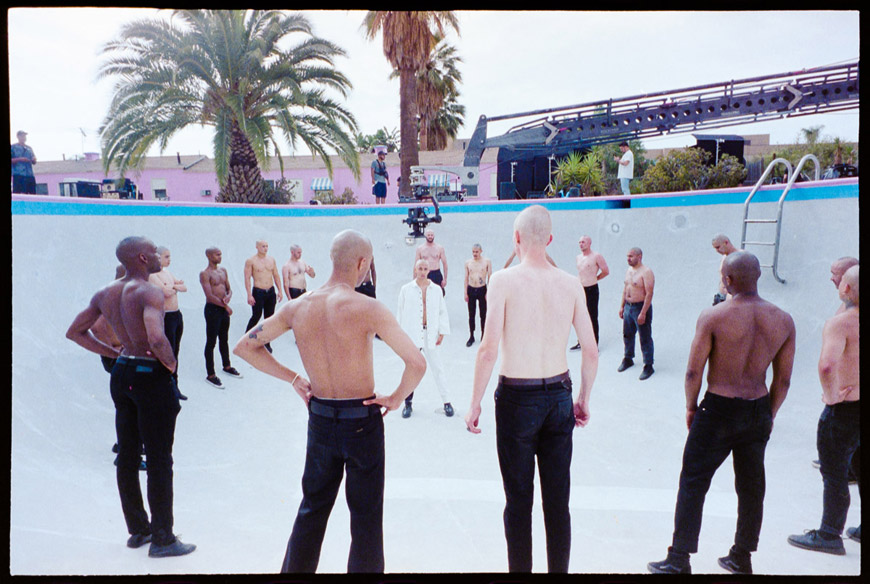 Jeff Hamada: Who are some directors that are really exciting you these days?

Christine Yuan: Matilda Finn is a director who really excites me. There’s an integrity to her work I really admire and a darkness there I relate to. Amy Gardner is a director and choreographer whose movement work I’m excited by. There’s a real soul to what she creates. Liza Mandelup excites me as she moves from short form to completing her first feature. Her passion for her subjects and ability to self-initiate projects inspire me.

Jeff Hamada: How would you describe your style? What is someone getting when they hire Christine Yuan to direct?

Christine Yuan: As a Gemini, there are two sides to my style. Dark princess anime and real life human stories. One side of what I do is playful, slightly cryptic, totally cerebral, with an editorial overtone. Another side of what I do is doc based, uncovering a person’s process and digging deep to what their concept of truth may be. By getting to know the truth of each person, maybe we can discover some type of collective truth. 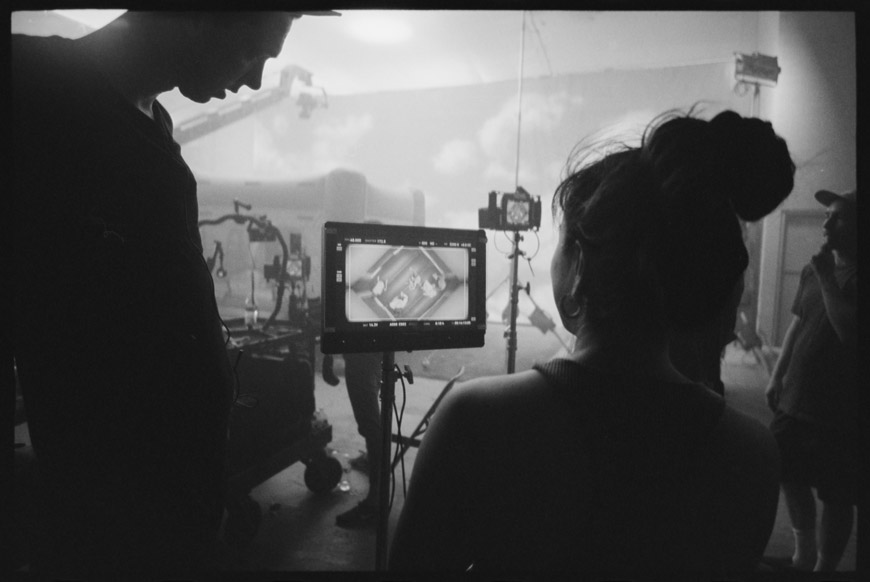 Jeff Hamada: Let’s talk about “Head in the Clouds.” What was the first seed of the idea and how did it develop?

Christine Yuan: The first seed of an idea for HITC was a party that took place in 24 hours. An Alice in Wonderland type narrative evolved from that, from which I think this concept of dreams took hold. I listened to the album and wrote out a scene for each song that naturally flowed from one to the next. Then I worked with Sean Miyashiro from 88rising to fine tune each beat. Overall, we wanted it to feel like a strange trip.

Jeff Hamada: What were some of the challenges you encountered during production?

Christine Yuan: Time. Time. Time. Time. Time. We shot 17 set ups over the course of 3 days, which is a lot. It took a focused amount of skill, stamina, and planning to hit our days and make sure we captured each set up the right way. The whole team, cast and crew, worked beyond to make it happen. It really takes a village to raise a child (a film child). Another challenge was the heat. We were in the thick of the LA heat wave while shooting so everyone’s sweating up a storm and hovering around a single AC unit between takes. In some ways, the heat created its own memorable atmosphere on set.

Jeff Hamada: Love the choreography by Kinjaz, what sort of direction did you give them?

Christine Yuan: Kinjaz are such pros, I really trusted their own vision for their movement. I watched a lot of videos of their past choreography and used some as reference. To help bridge the worlds and tie them into the overall film narrative, I showed them the first scene of Akira Kurosawa’s Dreams. They really stood as the figures who led us in and out of this dream world.

Jeff Hamada: Do you feel like what you’re doing now is the thing you were born to do?

Christine Yuan: I definitely think everything I’ve done so far has led me here. To say I’m doing what I’m born to do, I’m not sure. I’m not sure if I believe that. I believe that I made a series of choices that led me to where I am. I feel affirmed that this is where I’m meant to be because of a dedication I have to exercise my skills, practice my craft, and expand my experience. 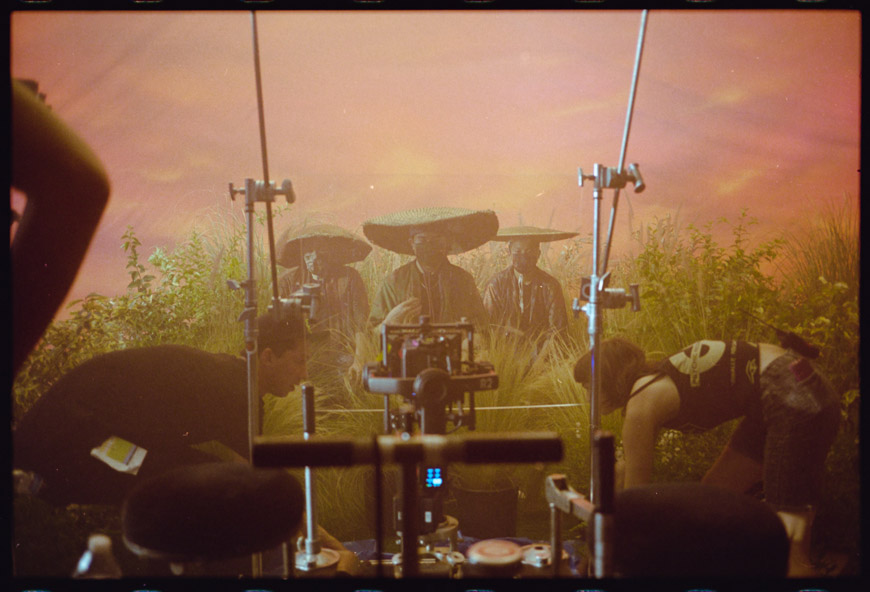 Jeff Hamada: What’s one goal you have for the next year or so?

Christine Yuan: A goal of mine in the next year is to direct a narrative project.

Jeff Hamada: And what about in your lifetime, what’s something you hope to accomplish?

Christine Yuan: Meet many people, laugh and dance a lot, and go to sleep happy. 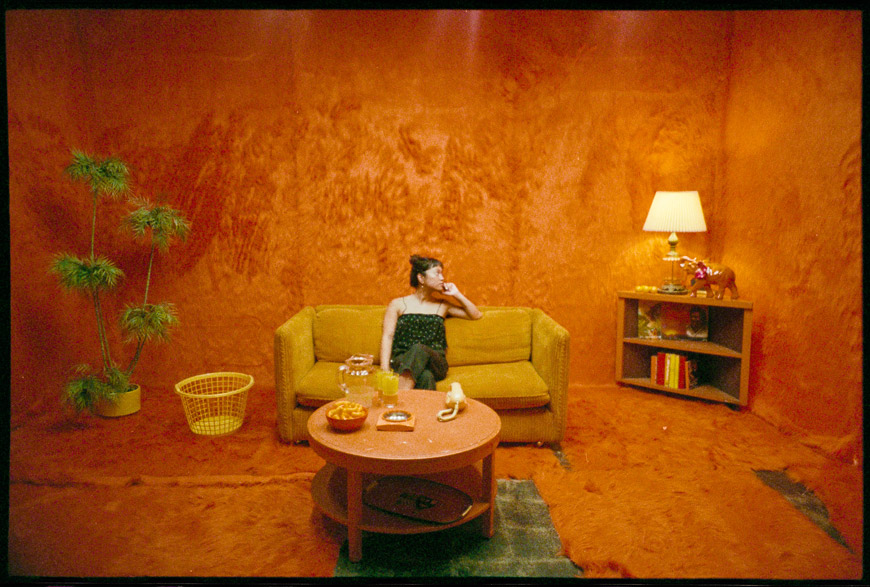