Premiere: Blue J – “Both Your Hands”

A visual ode to the timelessness and isolation of the city for Vancouver band Blue J by Vancouver-based director Lester Lyons-Hookham and cinematographer Jeremy Cox. Mirroring the track’s lyrical observations of loss and refection, “Both Your Hands” features a lone figure enveloped by his surroundings yet simultaneously disconnected from them. The film was shot on super 16mm using a zoom lens and three-axis motion control head (the kind usually mounted underneath a helicopter for aerial shots). While initially wanting to limit contemporary references and architectural inconsistencies, working with and around the increasing changes to the city became an integral part of the process, as Lester shared with us:

“We found it hard to frame out new developments or signs of gentrification. Eventually (and ironically) the process relied heavily on new high-rise architecture to give us the height, distance and space to look down on the city and our character. The persistent change of the urban landscape was an unintended but happy metaphor for the bittersweet evolution of a personal relationship as told in song.”

Check out “Both Your Hands” above as well as some behind-the-scenes photos from the shoot below! 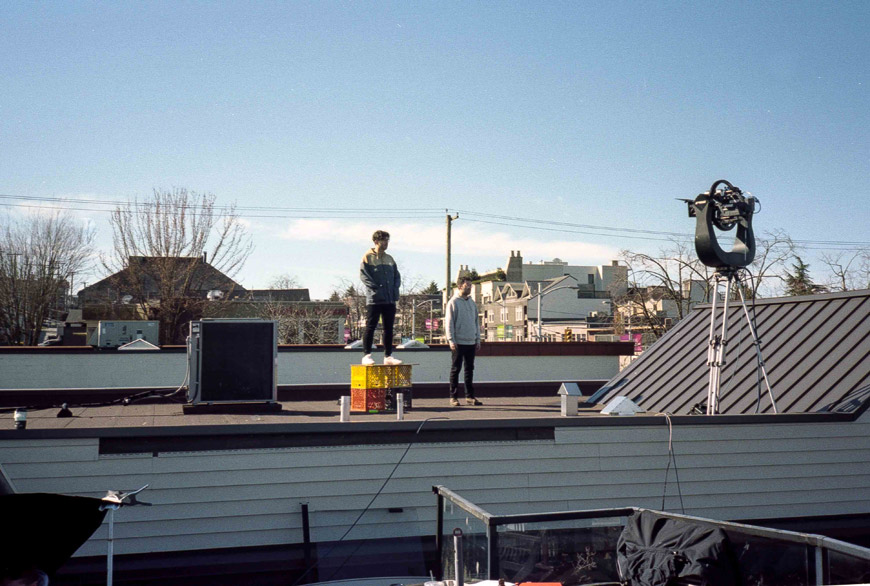 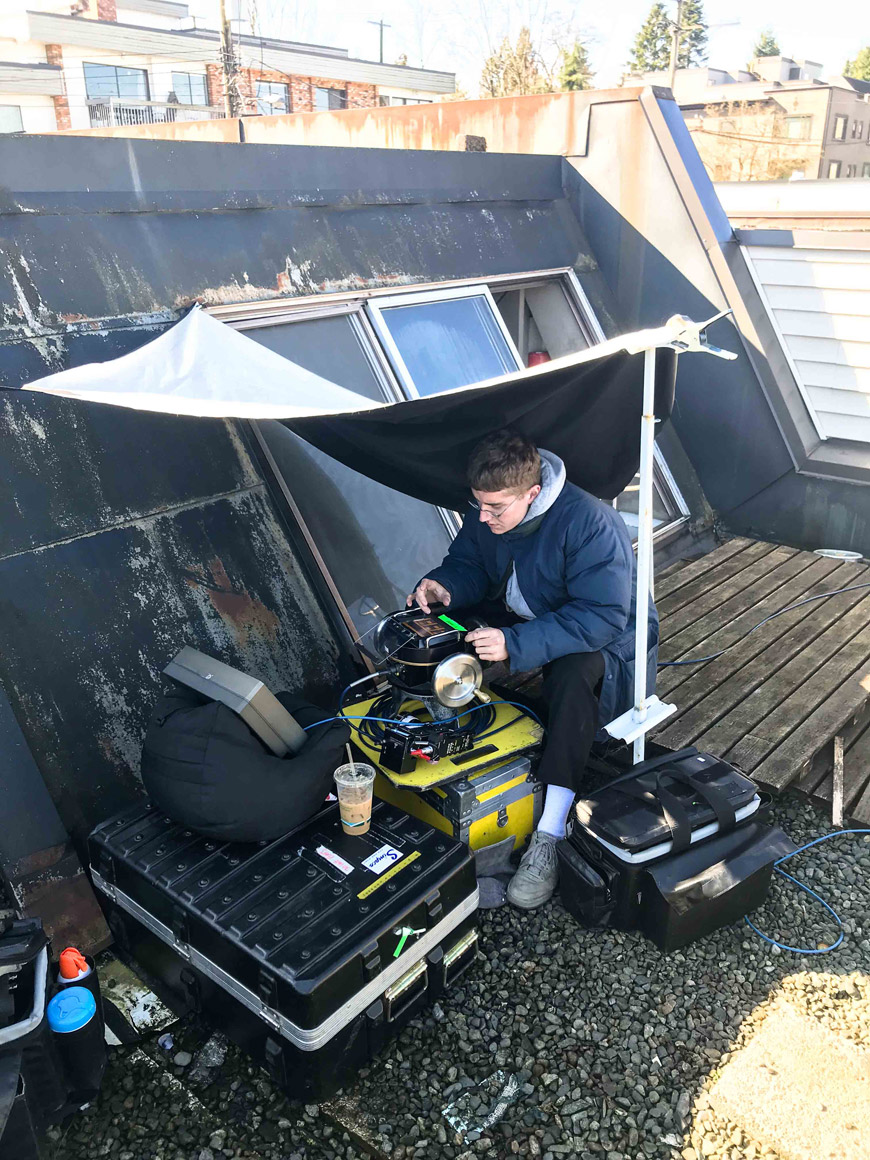 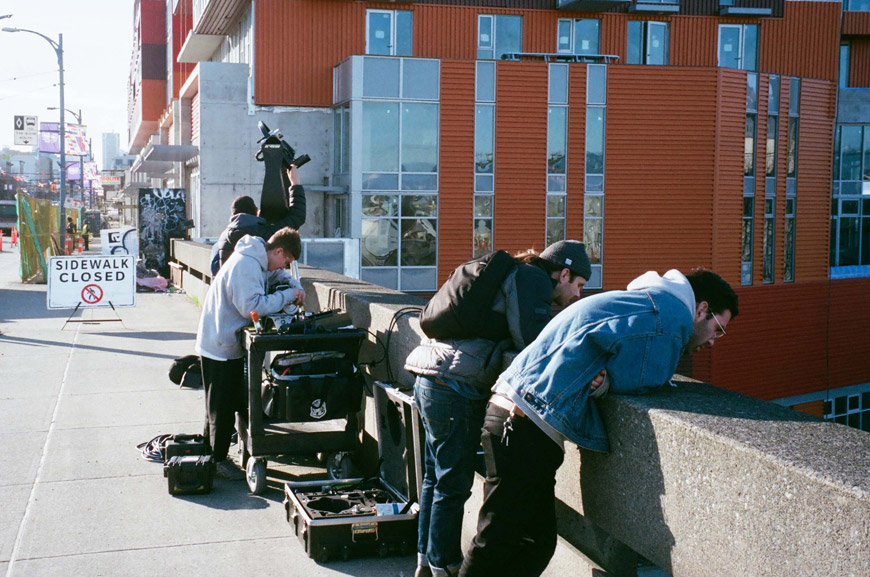