If you haven’t already heard, it’s Bloop’s Birthday! As hilarious as it is adorable, Julian Glander’s latest animated short features his signature slew of pastel-hewed settings and irresistibly blobby characters. Watch how Bloop and her friends spend her special day above. You can also check out our full interview with the (usually) New York City-based artist and illustrator as well as some process shots from the project below! 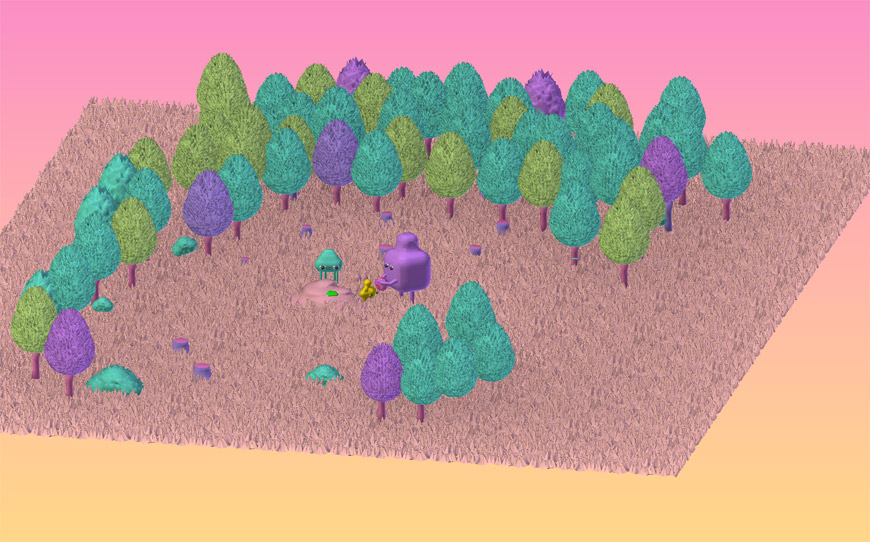 Jeff Hamada: When I interviewed you a year ago you’d actually already made “Bloop’s Birthday” but were screening it at festivals. How does it feel watching it now again? Did it age well?

Julian Glander: I’m biased but IMHO it holds up; it would be a bummer if all of the jokes were about like, fidget spinners and tide pods but it’s pretty non-topical. The festival tour was so so fun and insane but I feel like the pacing and energy of this one is more online-friendly so I’m really psyched to finally post it. 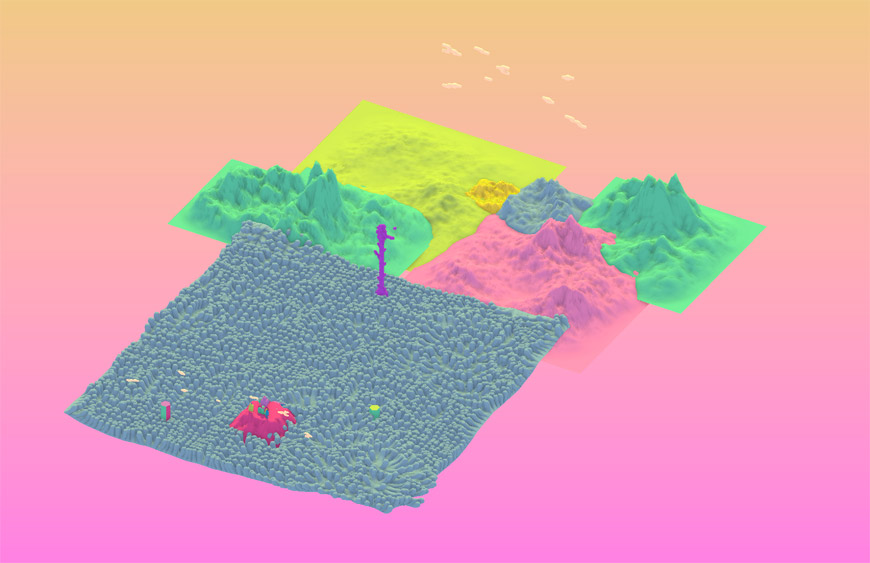 Jeff Hamada: It’s insane to me that you made this entire animation in a week (writing, voice acting, modeling, rigging, animating, lighting, rendering, music). Can you talk a little bit about that week?

Julian Glander: Yeah! Basically I was scheduled to talk at Pictoplasma in NY and I wasn’t feeling that good about my recent work, seemed like a good idea to make something new, and this was an idea I’d been thinking about for like a year. So I gave myself a really structured week to make the short. Parallel Teeth was staying at my apartment and also it was halloween so I didn’t sleep that much.

I had participated in a few game jams (where you make an entire videogame prototype from start to finish, usually in like 48 hours), so I had gotten used to this process of not being super precious, and staying focused on an overall vision instead of getting bogged down on little decisions. The film runs on shortcuts, from the robo-voices to viewport renders to automated lip syncing. There is a part of me that wants to get in there and digitally remaster things, but I think with these kinds of projects it’s better to just move forward. 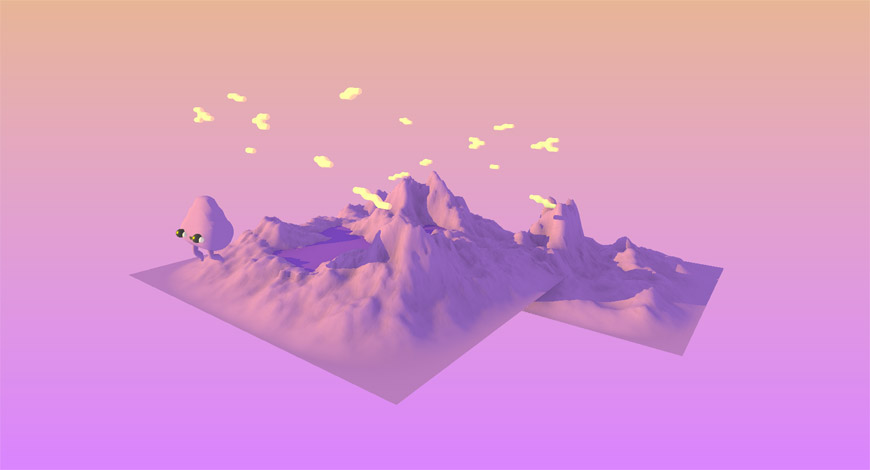 Jeff Hamada: When you’re drawing a character are you automatically imagining the voice that goes with it?

Julian Glander: Hmm, I guess not! The Bloop voice is just a natural excited voice, pitched up. The green character is a really bad Owen Wilson impression. The purple character is a bad impression of Patrick from Spongebob. If you start with an impression but don’t try that hard to be faithful to it, you can end up with a new original voice.

Jeff Hamada: What about your screenplay, any progress?

Julian Glander: Yeah! So I guess last time we talked I told you I’d been daydreaming on making a feature film. Right now I’m in Vienna in a really nice airbnb as a self-imposed residency to finish the script. I have to keep up a *little* bit of mystery but I will say, it has a dog in it. 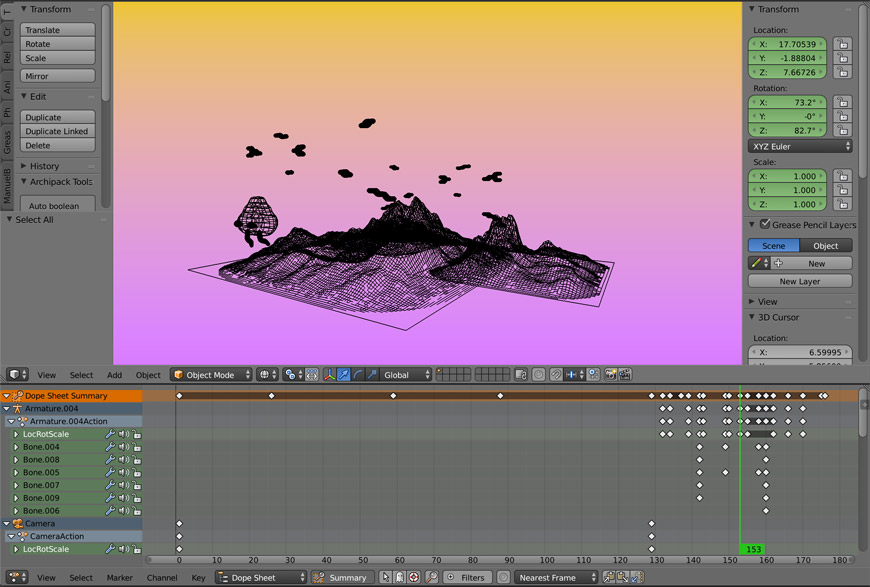 Jeff Hamada: Have you done any more collabs with the other Julian Glander you found on Facebook?

Julian Glander: Just checked in on him–looks like he is doing good, he just saw the Aladdin musical in Hamburg.

Jeff Hamada: What are some funny accounts I should be following on Instagram or Twitter? Or funny websites…? Pretty much I just want to know what things you think are funny these day. Tell me now.

Julian Glander: Ok! On twitter recently i love NEW EMOJIS, Bootleg Stuff, and Twilight Zone Intros. Spike the Beetle is the best account, more cute than funny but it will melt your icy heart.

Jeff Hamada: Have you seen this? I don’t know why I just thought of it but maybe something about it reminds me of you.

Julian Glander: Haha I love that! I’m sitting here dancing to it. Very relatable, sometimes life feels like an infinite recursive live stream that just gets worse and worse.

Jeff Hamada: I saw your tweet about getting a Wikipedia page. Someone actually emailed me offering to make a Wikipedia page for me and I had to pay him like a grand or something but only if it was approved. Oh, and then an additional $200 if I wanted him to protect it for like 3 years to make sure it wasn’t vandalized. LOL. I can give you his contact if you like.

Julian Glander: Let’s raise some money for this! I think people would be willing to kickstart a Jeff Hamada wiki page so we can learn all of your secrets.

Jeff Hamada: Maybe we can end this with some sort of challenge for people, like how a motivational speaker would end an interview.

Julian Glander: Ok folks, I want everyone to stop reading this interview, shut off your phones tablets computers, whatever, go home… and take a NAP. For four hours! The Nap is inside you, it’s time to let it out! Say it with me: LET THE NAP OUT!!! LET IT OUT!!! Thank you you’ve been a terrific audience. 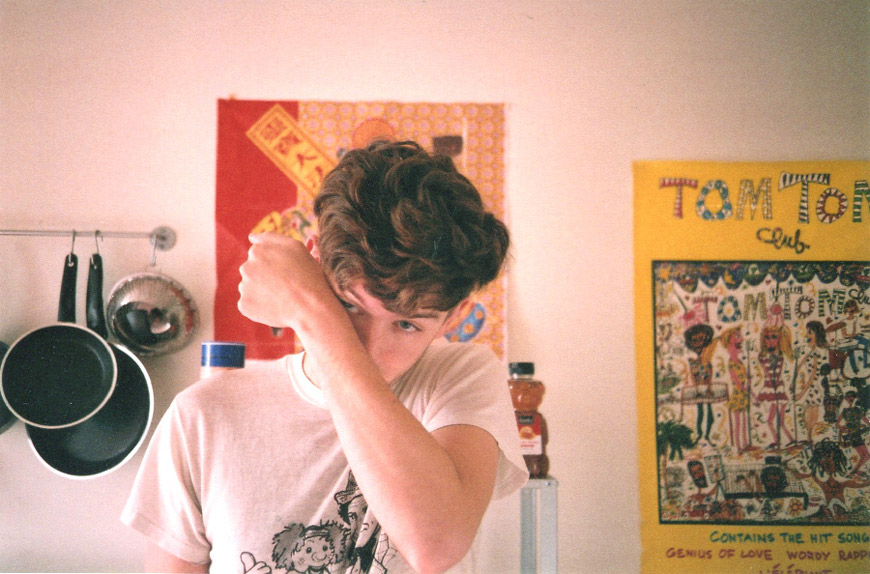