A brilliant new short from Brooklyn-based filmmaker and artist Graham Mason (previously featured here). Inspired by British TV plays from the 80s, “Phone Story” is about a guy desperately trying to recover from an embarrassing encounter with his ex, told through the 218 text messages and 4 phone calls that follow.

We previously featured Mason’s other short film which followed a single man living in New York City as if he were the subject of an educational nature special. Like “Monkey and Man,” Graham’s latest is both stylistically ambitious and utterly relatable. It also features an incredible cast of comedians, each pulling off the perfect text message monologues with their own subtle flare. In fact, we loved this short so much we wanted to know more, not just about the inspiration behind the project but what he has in store for us next!

Watch “Phone Story” above and check out our full interview with Graham below. 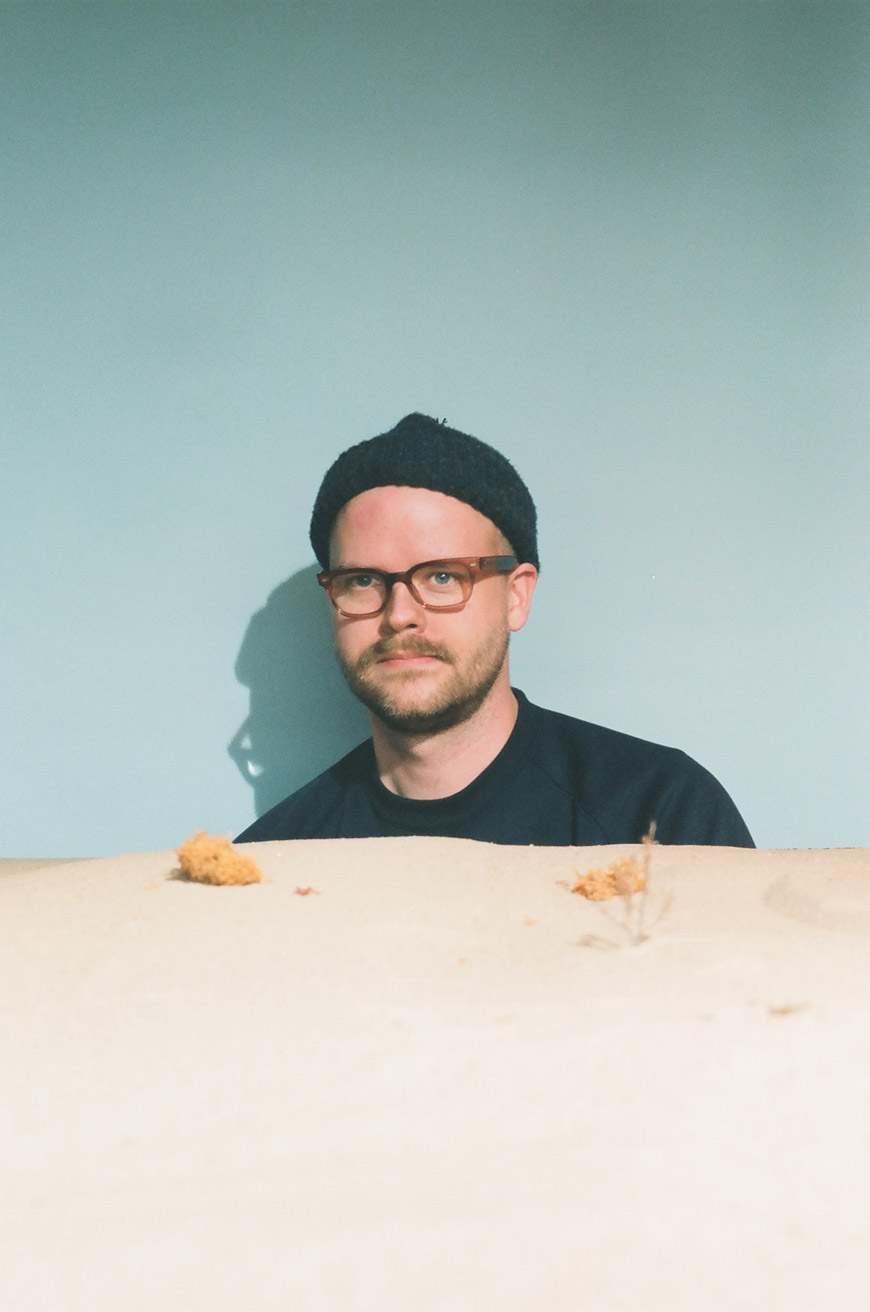 Booooooom: How did you get into filmmaking?

Graham Mason: I’ve been plugging away at filmmaking for a long time. I studied it in college and grad school, and I’ve been working in film and video in NYC for over a decade — both solo and with a group called Sunset Television.

Booooooom: What appeals to you most about it compared to the other artistic outlets you’ve pursued?

Graham Mason: One of the most appealing aspects of filmmaking for me is that you can create a particular tone and style through many tools that are basically free — camera technique, music, sound design, graphics, etc. You just have to come up with an idea and stick to it. And I’ve learned that if there’s something you want to do, but you can’t afford it, the compromise you come up with is often better and more specific. So I love how filmmakers can construct these unique little worlds with limited resources. 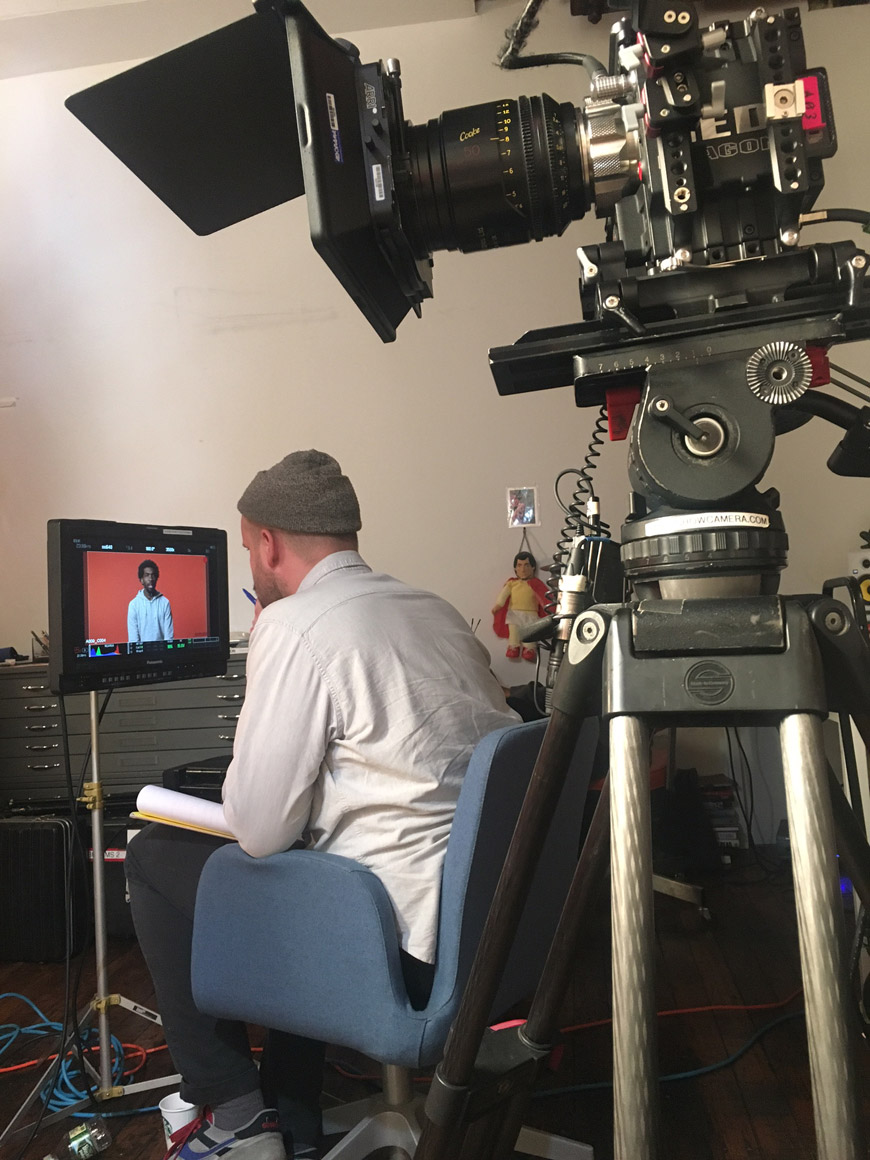 Booooooom: Style-wise, you mentioned the inspiration for this particular project came from old BBC TV plays you stumbled upon on Youtube. Can you share a little bit more about that?

Graham Mason: Yeah, a big inspiration for “Phone Story” came from finding this series of TV plays called Talking Heads, which were created for the BBC by Alan Bennett. You can watch them on youtube and there’s also a book of all the scripts that is great.

Each episode of Talking Heads consists of a single character speaking directly to the camera about their life. And the stories cut through time, so the viewer has to do some legwork to figure out what happened in between the cuts. They are very minimal, but they all subtly grow into complex stories and land at a place that feels substantial.

The style of “Phone Story” is more graphic, and it intercuts between several characters, but Talking Heads helped spark the idea. And more broadly, I think the overall concept — a character-driven play that’s constructed for television — was a huge help. When I was putting the project together, I got nervous about how it was going to be long and a bit of a slow burn, and at some point I thought, “Think of it as a TV play that was produced for the BBC a long time ago.” And that gave me permission to take the risks I wanted to take.

Booooooom: Is it typical for you to use Youtube to get inspired?

Graham Mason: Finding old movies and weird web videos is one of my favourite ways to get inspiration. I have another short called “The Photos of Ana” that’s like a cover of a 1980 film called Les Photos D’Alix, which I found on a Youtube deep dive.

Booooooom: Where did the inspiration for “Phone Story” come from story-wise?

Graham Mason: One aspect of the story is pretty close to life — I had the experience of a family member going through a health scare, and of flying home and spending a lot of time sending anxious text messages.

The relationship aspect of the story was inspired by those moments in life where you know you screwed up big time, and you can’t let it go, and you keep returning to this bad moment, but eventually you just have to let it go.

Booooooom: One of the things that stand out most, both in “Phone Story” and “Man and Monkey,” is the dialogue. Similarly a lot the scenes you construct feel both highly stylized (ex. purposefully awkward) yet very real/relatable. When it comes to writing, how does that work? How do you negotiate that balance?

Graham Mason: I love writing dialogue, and running the lines over in my head until I find the right rhythm and it feels good (or it feels bad, but in the right way). I enjoy reading plays by people like Annie Baker and Kenneth Lonergan, and kind of marvelling at how specifically their dialogue is constructed.

I can’t really explain why it appeals to me to take naturalistic dialogue and put it in a style that clashes. I get excited by it. It’s like I’m trying to find something vulnerable and familiar, but I want to find it in an unexpected way.

Booooooom: What is the most challenging part of the filmmaking process for you?

Graham Mason: The most challenging part for me is often just summoning the confidence to commit to an idea and keep believing in it over several months, or years. I can be my own worst enemy when it comes to self-confidence. But thankfully I have kind people in my life who help me get out of my own head.

Booooooom: What is your favourite part?

Graham Mason: I love casting, and learning about actors, and going to comedy shows and seeing comedians. I had so much fun casting “Phone Story.” Most of the people in it are comedians I had seen perform live a bunch of times. And many of them agreed to act in it even if we didn’t know each other. That was cool. 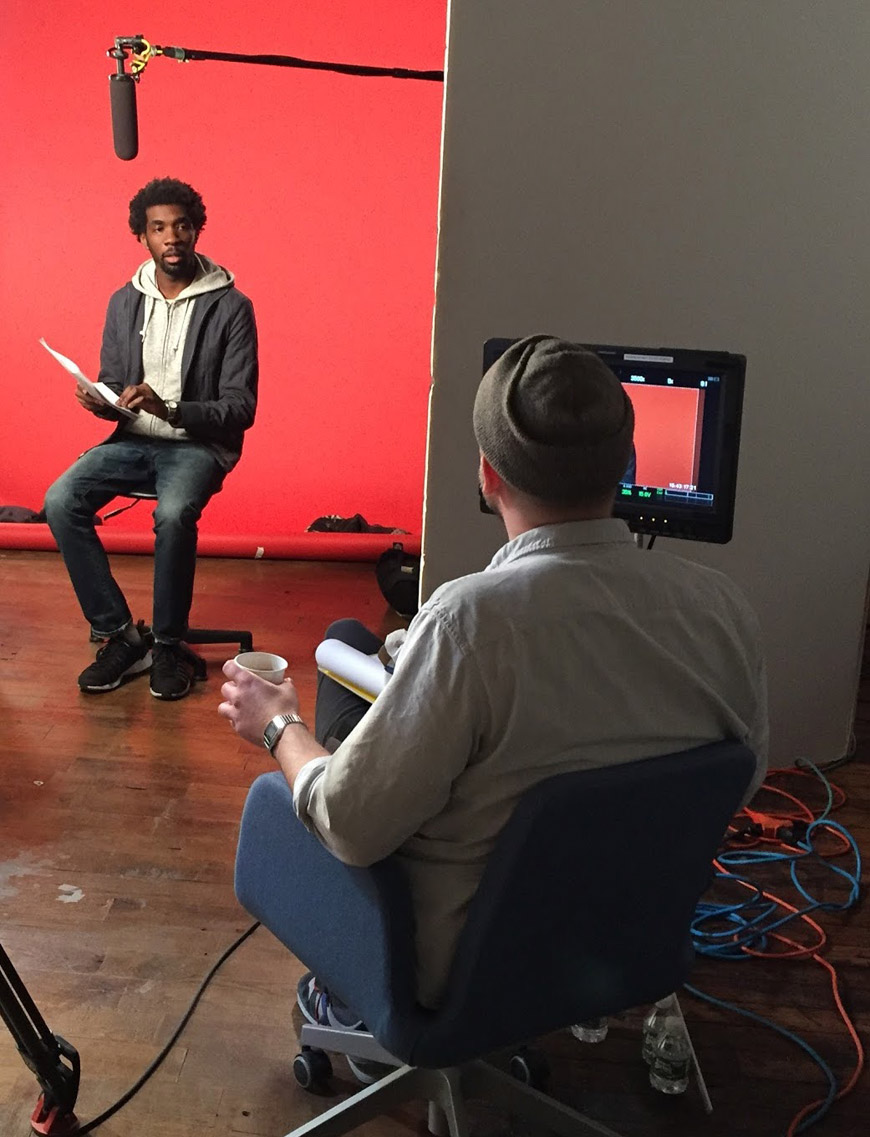 Booooooom: What is one thing you’d like to accomplish this year?

Graham Mason: I’ve written a new short series that’s an expansion of the style and tone of my previous shorts. It’s still minimal, but it has a lot more characters and a bigger story. I really want to make it this year.

Booooooom: And how about something you hope to accomplish in your lifetime?

Graham Mason: I’d like to make a feature-length movie in NYC, and cast a lot of great character actors and comedians in it.

Also, I have never seen the movie Trading Places, because for a long time I thought it was Coming to America, which I have seen a few times. But at some point I learned that Trading Places was a completely different movie. And since then, I have sometimes lied and pretended that I’ve seen Trading Places to avoid ridicule. So at some point in my life I hope to finally get my act together and see Trading Places.