Earlier this year we premiered Erin S Murray’s fantastic short “Hydra.” Born in Lagrange, Georgia where she trained to be a ballerina, the now Los Angeles-based filmmaker, choreographer and movement artist has worked for various artists and brands including John Legend, Rhye and Lululemon. We caught up with her to talk about her relationship with dance and the collaborative nature of her creative process. Watch “Hydra” above if you haven’t already and check out our full interview with Erin below! 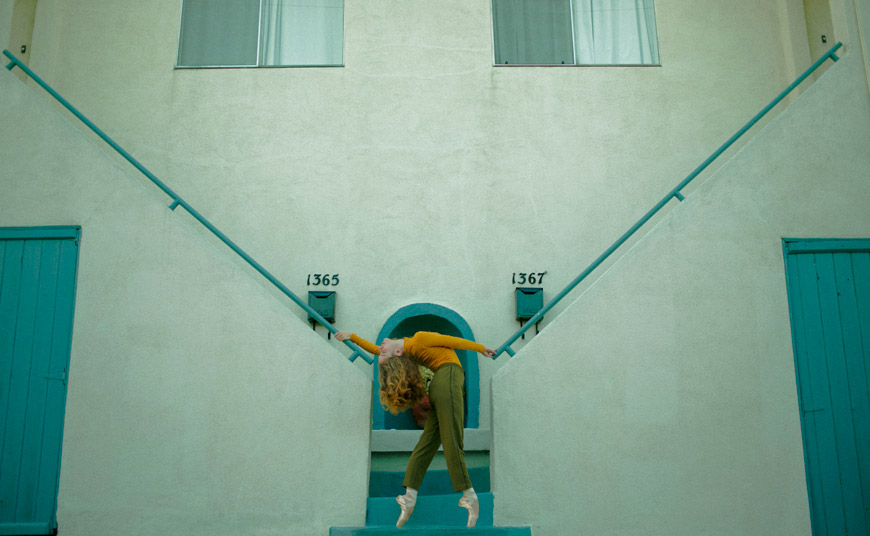 Jeff Hamada: Can you talk about an early experience with dance that was significant for you?

Erin S Murray: An experience I’m really grateful for is my falling out with the ballet world. I was in 5th grade when I decided I wanted to be a professional ballet dancer, and I was lucky to have parents who supported me spending all day in a dance studio with other strangely serious children. The lifestyle taught me discipline and how to see beyond physical and mental boundaries, but I did not have the ideal body for a ballerina. Especially once puberty hit, I was told over and over my body was wrong. I was “too short, too womanly, too muscular, too bulky”. The criticism motivated me to work harder on my dancing, but it also took a huge toll on my mental health. There’s a martyr mentality in ballet culture that makes eating disorders rampant for young students. I was exhausted with ignoring my own interest and trying to change myself just to fit someone else’s idea of perfection, so when I was 18, I left the ballet world. This is really when I reconnected with my own creativity almost like entering a second childhood. I began experimenting with different genres of dance and movement that feels more authentic and human.

Jeff Hamada: How would you describe your style as a choreographer? What are some of the characteristics of your movements?

Erin S Murray: I like working across multiple genres of dance, but in my personal work, I love finding moments in my choreography that feel human and even un-choreographed. If I’m choreographing to a song, the movement has to feel like a genuine, human reaction to the music like it’s coming from the dancer spontaneously. I think a lot about gestures and unconscious rituals. I’m less interested in impressing you with high legs and flashy technique and more interested in compelling musicality and authentic characters. At the same time, I come from the ballet world, so there’s a time and a place for the technique too. 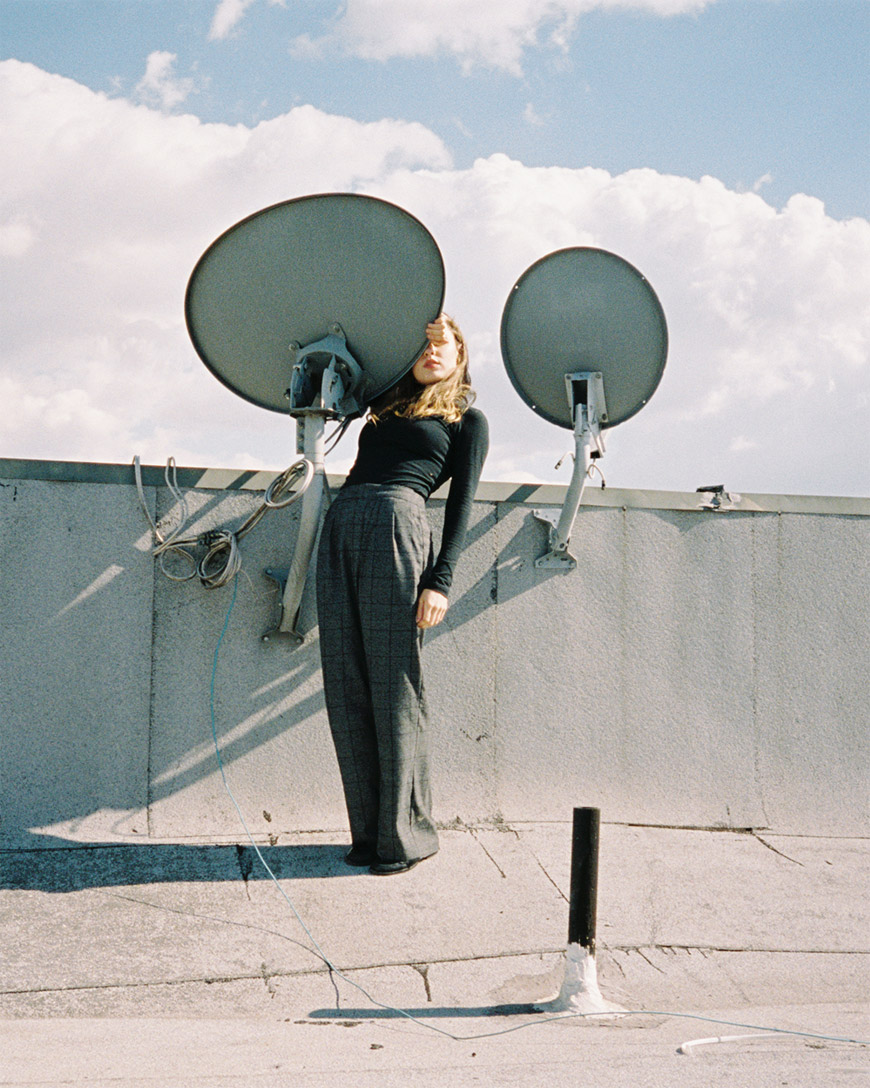 Jeff Hamada: Do you ever find it hard to choreograph pieces now without getting distracted thinking about how you might direct them? I imagine it’d be easy to get ahead of yourself.

Erin S Murray: I actually enjoy entering other people’s creative worlds. The process has helped me see through limits I’ve subconsciously imposed on myself, like solving a riddle. I’ve also had very collaborative relationships with directors, so I’m often involved pretty early on in the brainstorming process. The director comes with an idea; I come back with my interpretation and lots of questions. What if the dance did this or that? It’s a back and forth until we land on movement that excites us. 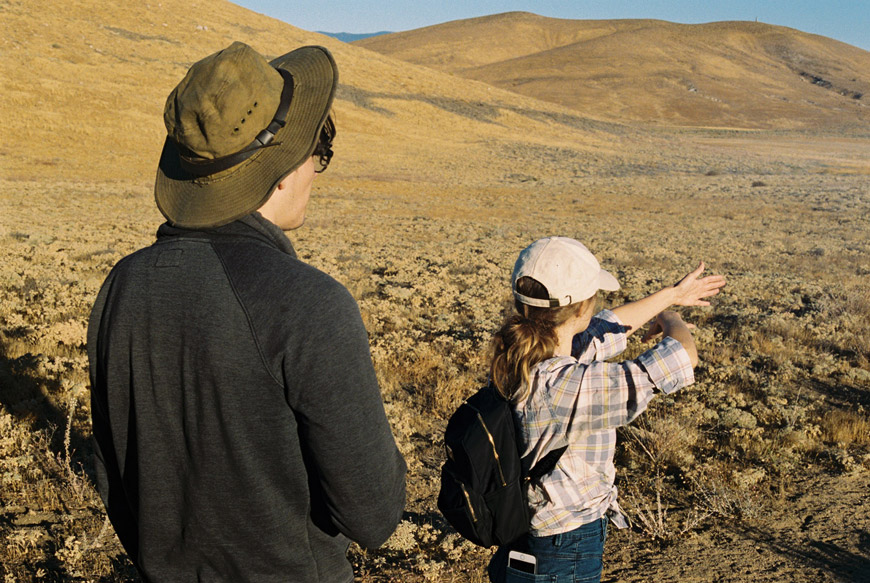 Jeff Hamada: What was the most challenging part of bringing your film “Hydra” to life?

Erin S Murray: “Hydra” was a very low budget project. In hindsight, I was overconfident with how much we could comfortably achieve in a one-day shoot. We got our last shot just as the sun dipped behind a hill making it impossible to continue. We used every shot-listed moment in the final cut of the film, and we only got one take of many moments, including the final moment in the film where the Woman escapes the Lineup. The whole team was completely invested all day long, and this project wouldn’t have been possible if I didn’t have so many talented collaborators working alongside me. 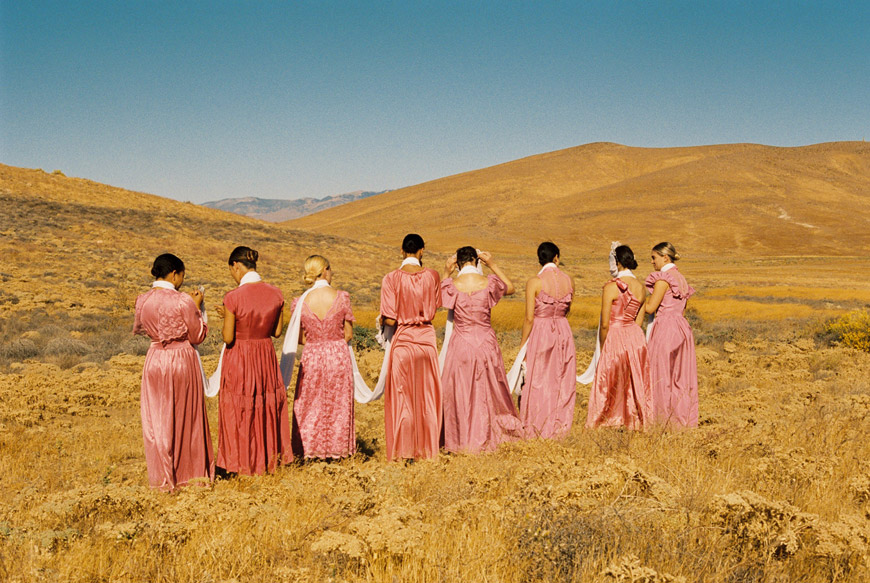 Jeff Hamada: Is the choreography in the final cut pretty close to what you rehearsed? Did you make any major changes while you were shooting?

Erin S Murray: None of the choreography was changed, but a lot of the movement was at least partially created during the shoot. I prepared a series of motifs for the dancers that were adapted and rearranged throughout the day. A lot of the more chaotic dance moments near the end of the film were purposefully unrehearsed and created on the spot. I gave the dancers prompts in between shots or even during filming. I said things like “you’re a fish on land gasping for oxygen” or “you’re handcuffed and insects are crawling on your back”. We definitely looked like an odd group to the hikers passing by. 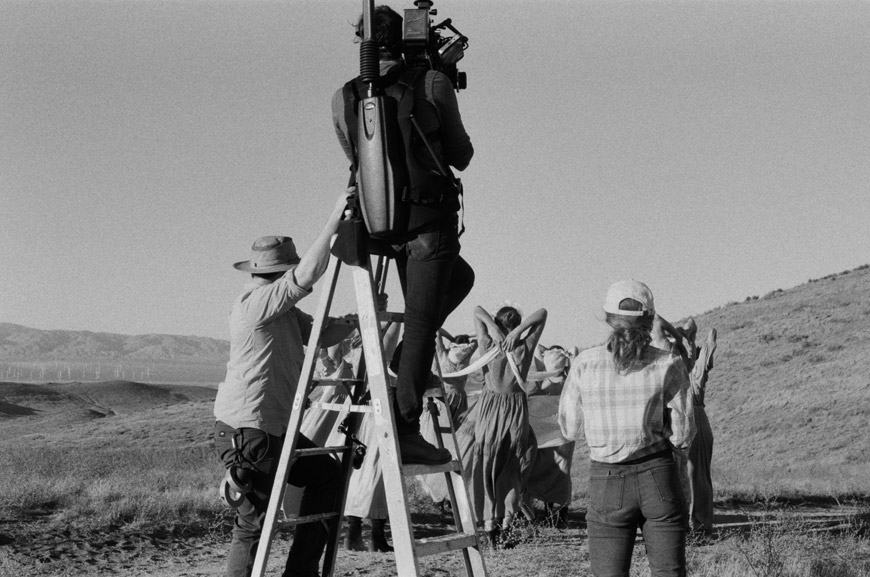 Jeff Hamada: Did you ever consider a version of this film without any music?

Erin S Murray: Early on, I imagined the film might use only diegetic sounds, but even if I’d gone that route, the sound design would have morphed into something most people would call music. I knew I wanted a strong, relentless rhythm present in the moments when the lineup is at it’s most aggressive. I’ve been following Hanetration whose music is in the film for years, so I was happy to have a project where we could merge our work.

Jeff Hamada: When you make something like “Deep Breathing” without any dancing in it, does it change the way you approach it?

Erin S Murray: Dancing or no dancing, my approach has been the same so far. A part of me would rather call “Hydra” a silent film rather than a dance film, since dance isn’t the native language of all of the characters. I used dance in the film to portray one character that I call the Machine Lineup. I think dance is an interesting way to explore themes surrounding indoctrination because movement is a very subconscious way of communicating. A lot of oppressive systems aren’t necessarily initiated and perpetuated overtly with words rather they’re communicated subconsciously, often without being noticed. 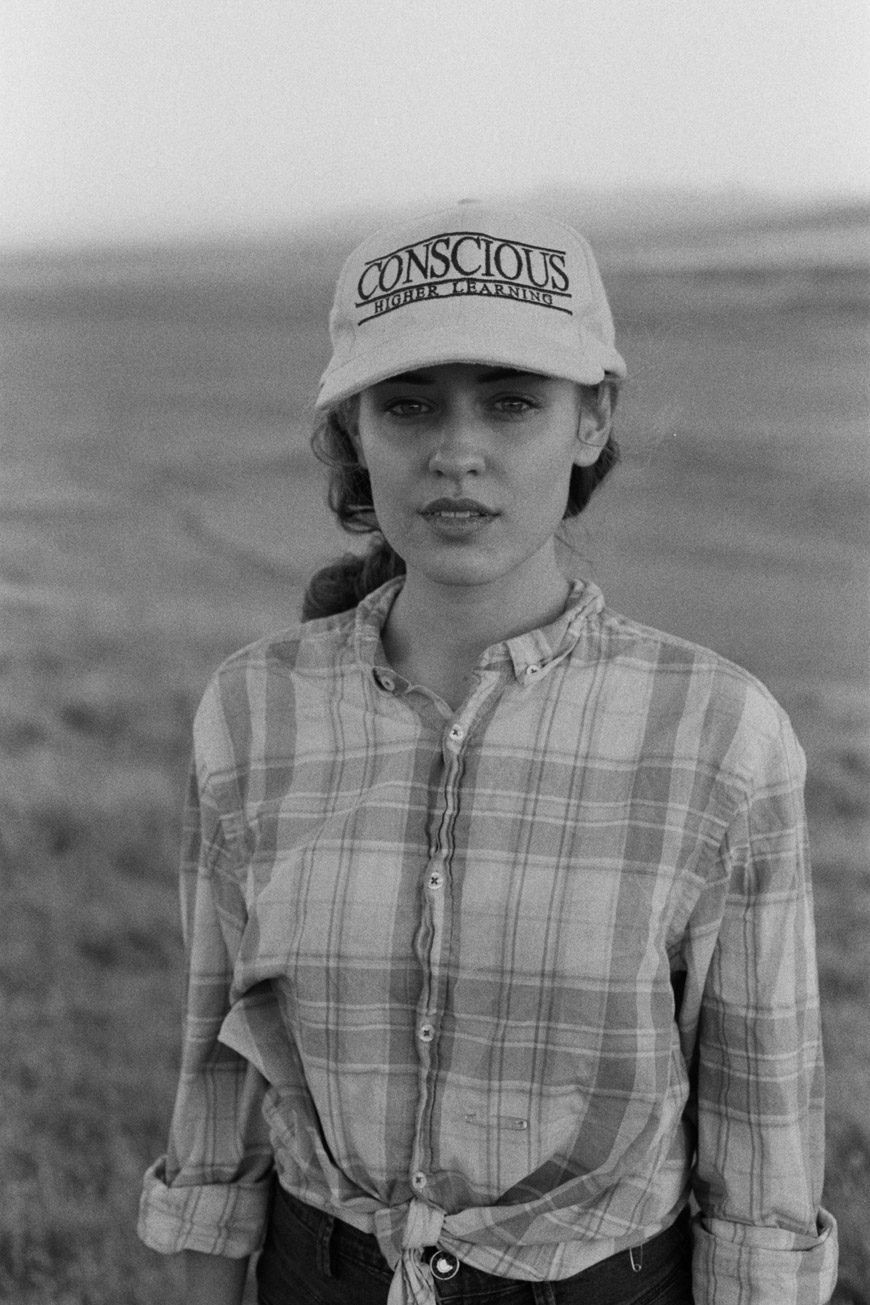 Jeff Hamada: What has filmmaking taught you about yourself?

Erin S Murray: Every project I realize there’s so much more I want to learn!

Jeff Hamada: How about something you want to accomplish this year?

Erin S Murray: I want to complete more more personal projects, choreograph a live performance, and direct a music video or two. I know that’s more than one 😉

Jeff Hamada: What about one thing you hope to accomplish in your lifetime?

Erin S Murray: I dream about creating a feature length project. Also, I would love to choreograph for a ballet company one day! It would be interesting to re-enter that world with my new perspective.