Really enjoy the vibe of this video for Lukas Frank’s track “Mystery Flavor.” The song, which touches on themes of consumerism and excess, was shot Guerrilla-style throughout Los Angeles and the Santa Monica Pier, and accrued barely any expenses thanks to the calling in of favours from a bunch of friends and family (director Phil Joanou is Lukas’ uncle!).

The involvement of Lukas’ co-star, Richie the Barber, was also somewhat providential as the LA-based singer-songwriter just happened to stumble upon him while driving around downtown trying to come up with a concept for the video. As Lukas describes the chance encounter:

“We passed Richie’s barber shop on spring street and saw him cutting hair through the window. It was near halloween at the time, so I thought it was just another guy in a costume cutting hair… It wasn’t until we actually went into the barber shop that I realized Richie is permanently tattooed as a clown. That sold me. He was hesitant at first, he gets asked to do shit like this all the time. But after hanging with him for a while, playing him the song, discovering a mutual love of old movies and Tom Waits (Richie has a realistic Waits portrait eternally on his leg), we became fast friends.”

Check out “Mystery Flavour” above as well as some behind-the-scenes photos from the shoot below! 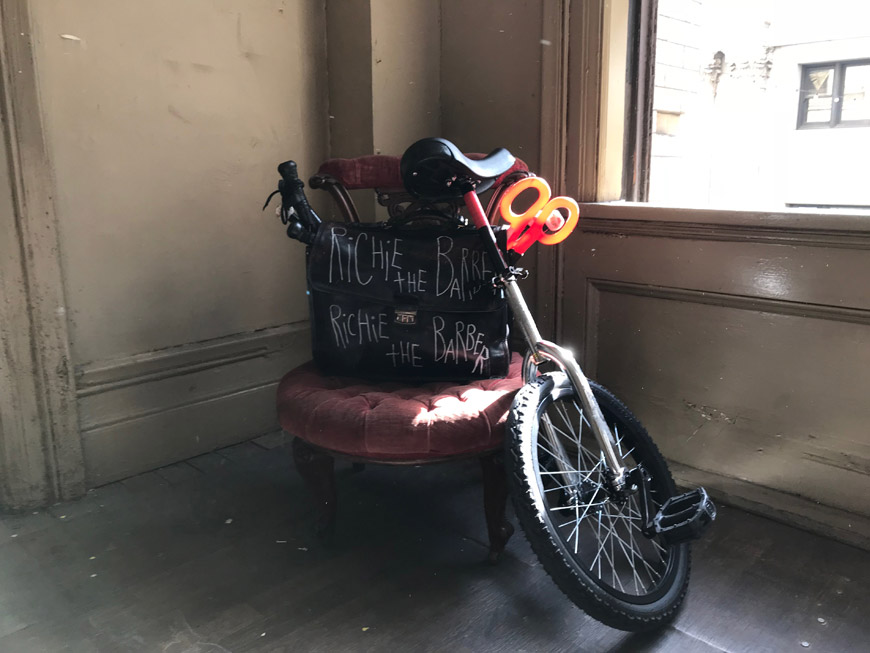 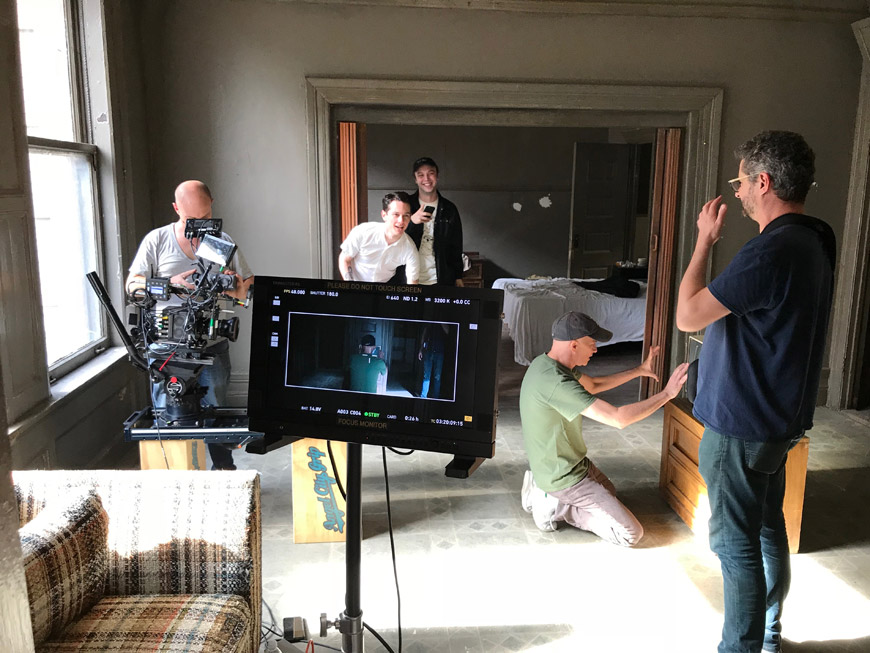 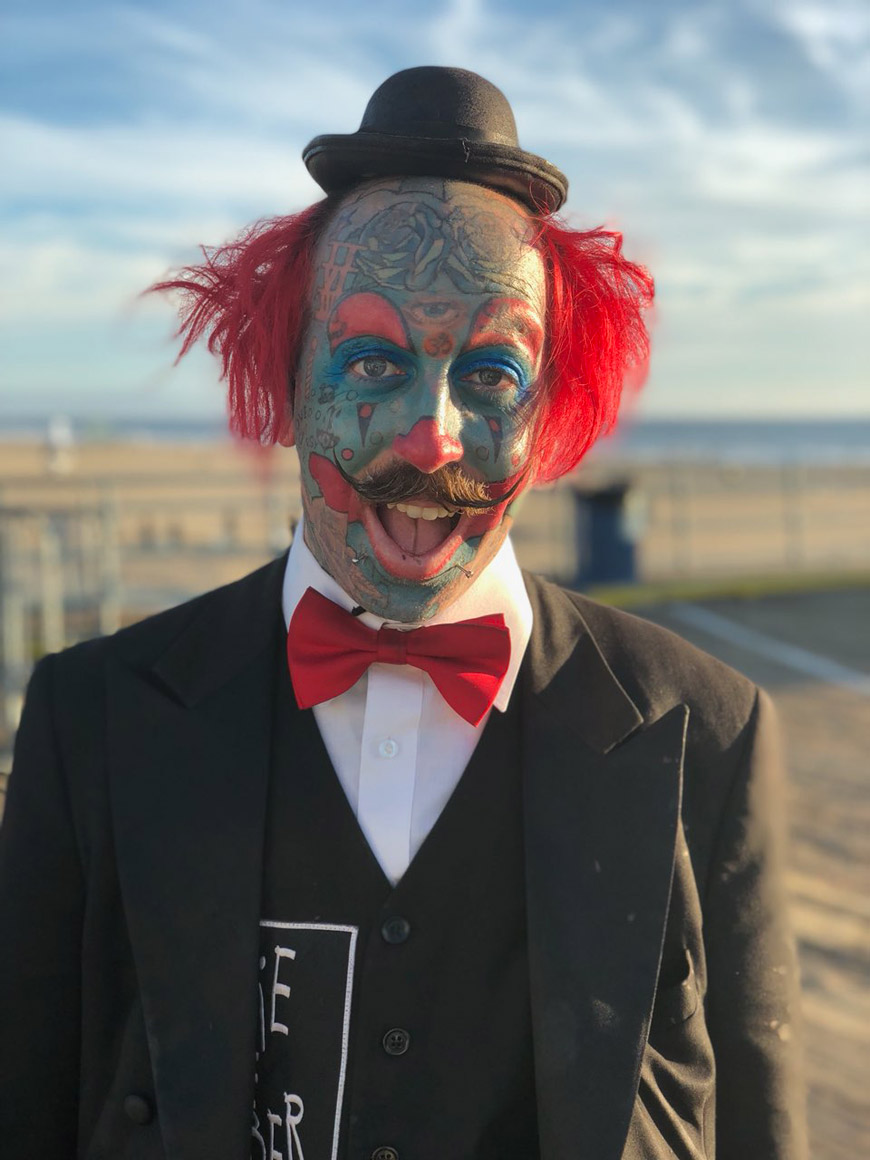