Short profile documentaries are a dime a dozen these days; bite-sized videos are in demand and filmmakers are churning them out. These films often feel incomplete and uninspired but filmmaker Bas Berkhout has proven he has a gift for weaving together compelling portraits of his subjects. In the lead up to the release of his latest profile, a portrait of artist Oliver Jeffers, we asked him how he does it. 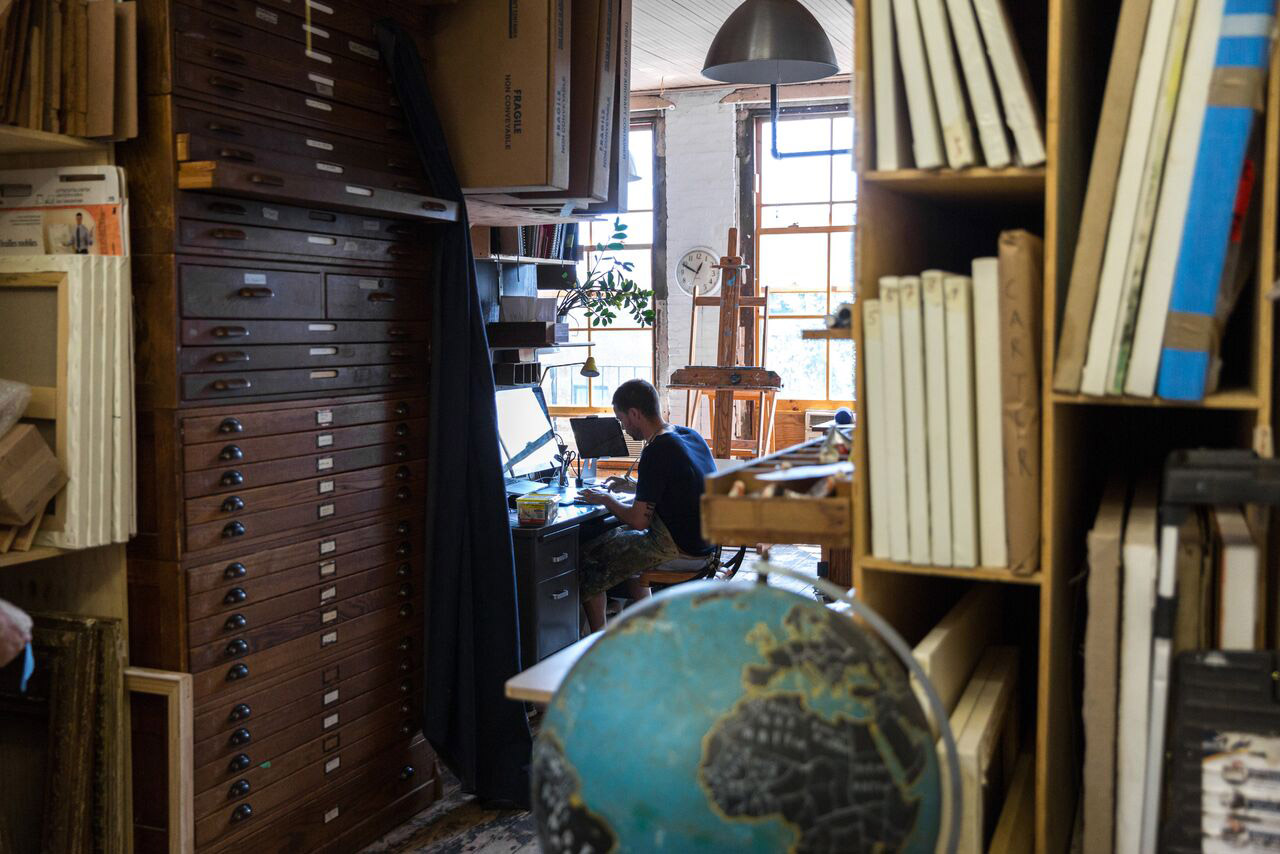 Jeff Hamada: You’ve created many profile docs, and interviewed all kinds of people, what have you learned about interviewing someone and trying to create something which helps tell their story?

Bas Berkhout: I did. I think I’ve made more than 32 artist profile films in the last five years. Wow, that sounds like a lot. None of these are commercial projects, it’s all labor of love. I love the art. I love the creative process. But I’m mainly in it for the exchange between the person I’m following in my films and me. I think what I have leaned about interviewing someone is that it should feel like a conversation. I often share my own personal experiences during the interview, which sometimes can bring the conversation to a deeper or more intimate level.

When I start cutting down the interview during the edit, it becomes a tango between what the person’s story is, and what I would like to tell about him or her. So in a way, these films reflect my perspective on someone. 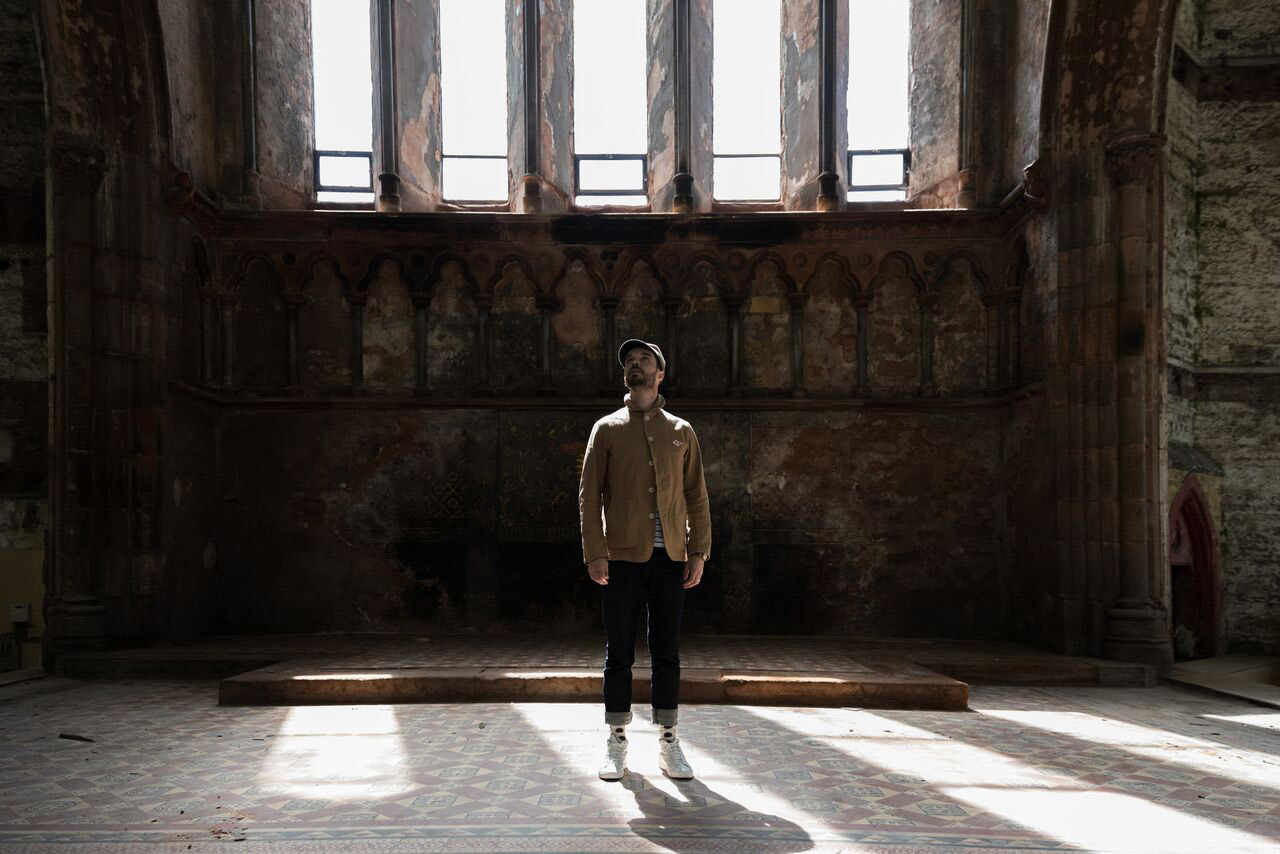 Jeff Hamada: When did you first come across Oliver Jeffers’ work?

Bas Berkhout: It was 2013. Marije and I were researching potential subjects to shoot in New York for Like Knows Like. We stumbled upon a great video Mac Premo made about Oliver (watch), and reached out to ask if we could feature him in a short doc. He replied that he could do it but preferred not focus much on his private life. We both concluded that it wouldn’t be a good idea to proceed and make this film. Like Knows Like is all about personal stories.

After that, Oliver and I kept running into each other in front of The Invisible Dog in Brooklyn. We were both working out of there. Last year, out of the blue, he asked, “Is your film offer still on?” So, I asked, “Why now?” And he said, “I only trust you to make a film about me in this moment of life.” I think that had to do with the film I had made about his best friend, Mac. We had also both just become fathers.

Jeff Hamada: What made you want to make a film about Oliver?

Bas Berkhout: We followed up with a deeper conversation in his studio about what this film should be about and why he wanted me to make it. When Oliver told me about the concept of his new book, I got inspired immediately. Here We Are is a picture book made especially for his son, Harland. It reinforces some basic things Oliver’s parents taught him
about the simple principles of humanity. When he said he was fine with me not holding back on personal questions, I felt the road was open to create this piece.

Jeff Hamada: What’s one thing that didn’t make it into the final edit that was painful to cut out?

Bas Berkhout: Oliver helped me tremendously with making this film. He kept me posted on his schedule and important events. He let me come to his house at 7am on a Sunday and welcomed me into his grandmother’s home in Belfast. It all really helped the piece. We shot over the course of almost a year, and ended up with a lot of great footage. I definitely had to kill a few darlings. During the interview, Oliver’s dad Paul came into the room just at the moment Oliver was speaking about when his mom died. They started to talk for a while, and I was still rolling. It was interesting to see their dynamic and how they spoke about her. At first I kept it in, but then I had to cut it because it took the viewer out of the story I was trying to tell. 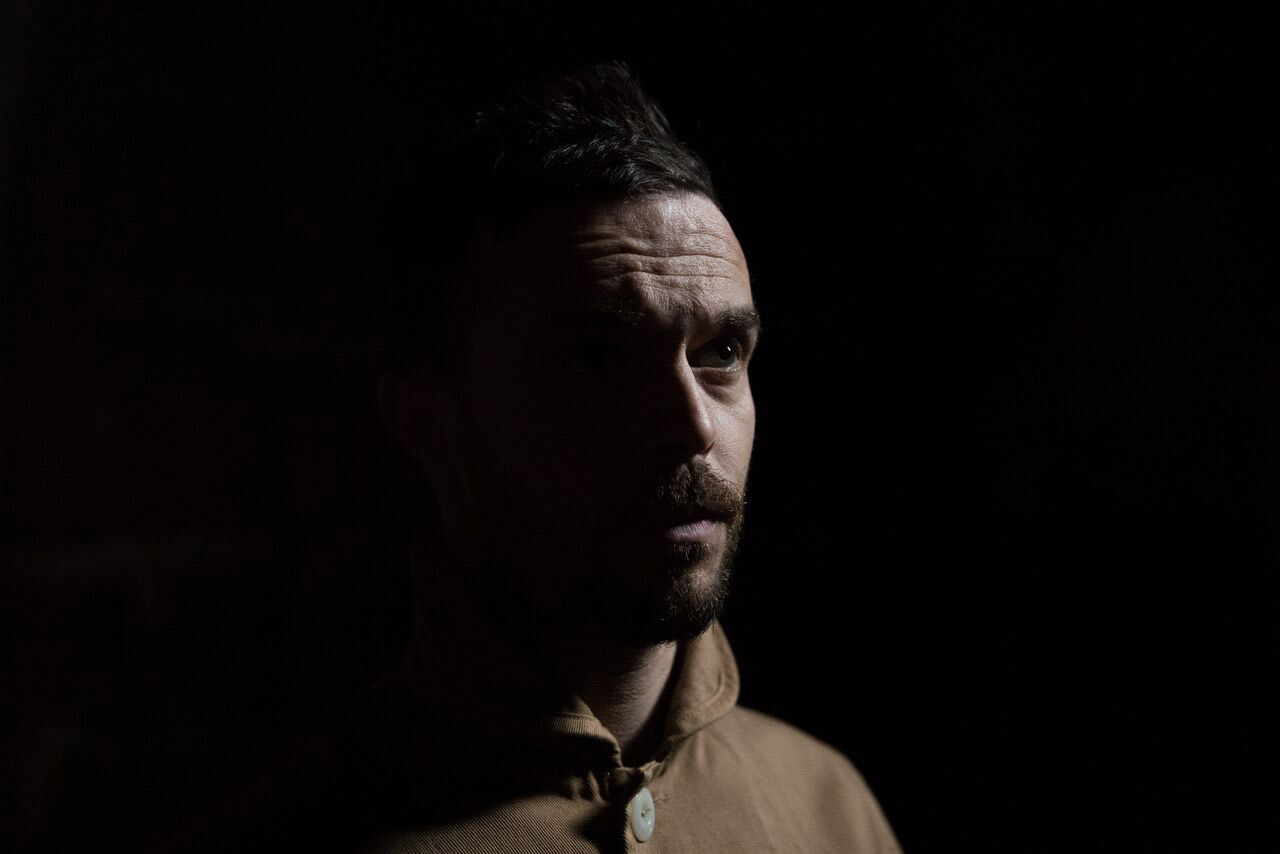 Jeff Hamada: How has your approach to filmmaking changed over the years?

Bas Berkhout: Usually I work very intuitively, and just naively start until I feel something is interesting and then tap into that. I start editing when I ‘feel’ there is enough to work with. But I always beat myself up for not having a plan. I often look at other filmmakers who inspire me, and I push really hard to change my process or execution, or to make a plan. But that’s just not me. So I sometimes have to struggle to stay true to my original approach. Remind myself to just be me. My best work comes out of not overthinking anything. Just intuition. Everything falls into place during the edit.

Bas Berkhout: Renovating a home upstate and enjoying my recently expanded family. Our second child was born a week ago. Work-wise, I’ll be shooting some films in Europe and hopefully Colorado. The next independent film is about a man who lost one of his daughters.