Los Angeles-based animator Sean Buckelew takes us back to the early days of online romance in this poignant animated short. As Buckelew describes in his detailed Making Of:

“I wanted to roll the clock back a little bit further to 2002 and explore a period where technology was advanced enough that people all over the world could connect, but also primitive enough that the connections were primarily textual, and filled in largely with fantasy and imagination… I didn’t want the movie to necessarily engage in a romantic longing for an impossible return to these early Internet values, but more as a challenge to the the ‘progress’ of the Internet itself” 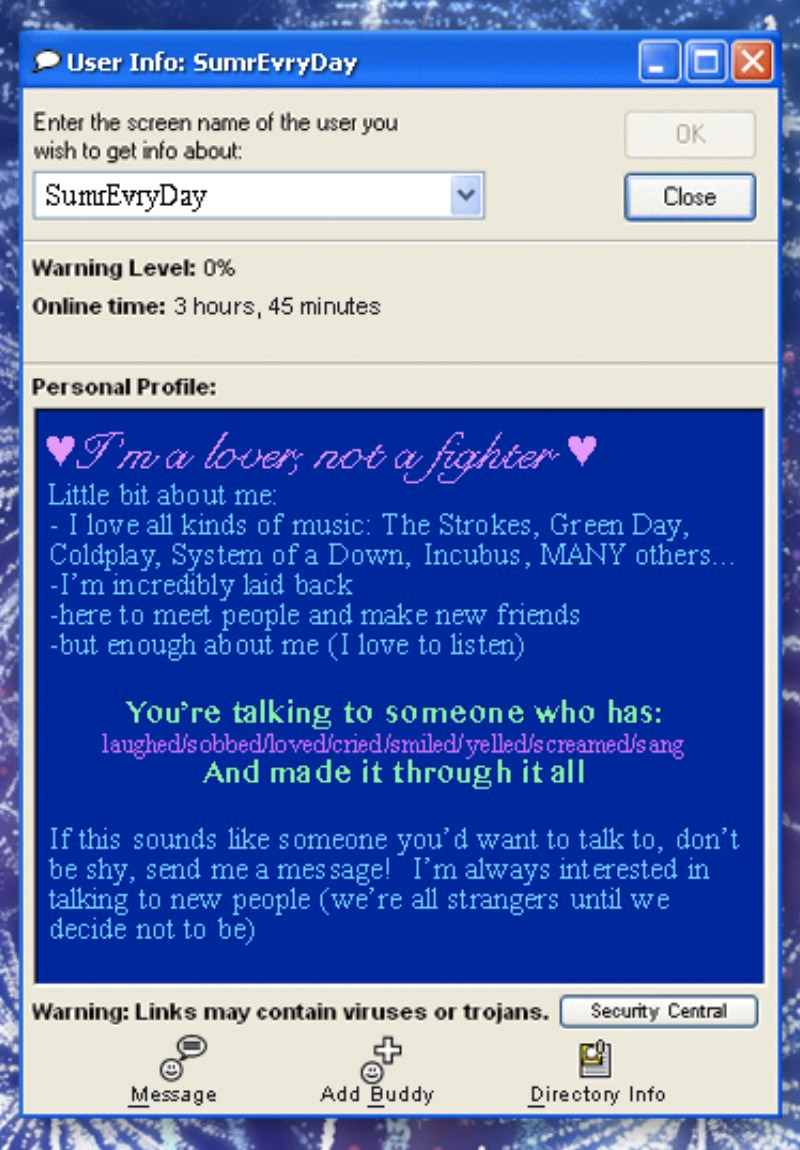