We recently caught up with one of our favourites around here, director David M. Helman. The young Los Angeles filmmaker already has a grip of Vimeo Staff Picks under his belt, and has helmed videos for the likes of Vince Staples, Gucci Mane, James Vincent McMorrow and Dillon Francis. His video for Michael Kiwanuka’s ‘Cold Little Heart’ dropped last month and it is a masterpiece (see above). So what better time to ask the man a few questions. 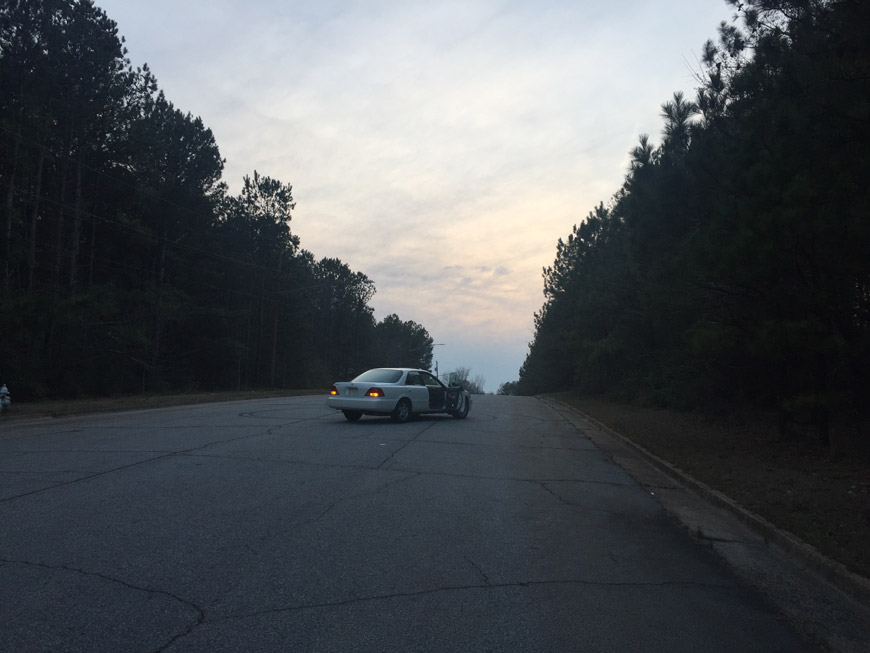 Jeff Hamada: I usually begin email interviews by having the person describe their surroundings, where are you right now?

David Helman: Currently in a van driving through West Texas on our way to El Paso to catch a flight home from a shoot. Looking out the window as we pass cattle and border patrol trucks.

JH: How do you think your approach to directing has changed from your video for “Doin Nothin” to your latest one for “Cold Little Heart”?

DH: Before Blu reached out and asked me to direct that first video, I had no intentions of directing music videos. I always admired particular videos and music video directors growing up, but at the time (around 2010) I wasn’t aware of what was happening in the the world of music videos. So those first few videos were really just excuses for me to make something in my free time and experiment. There weren’t treatments or anything. I just wrote an idea in an email and sent it to the artist. I was just going off of instinct.

So in that way, it’s still the same. I go off instinct and try to articulate those images in my head into a cohesive concept. But everything around that writing process has grown exponentially with each project.

JH: Did you know Ruffmercy before you worked on that first video together? I know you guys recently worked together too, how did you and Russ meet?

DH: With that first video, Blu and I landed on this idea of blending a performance with animation that expressed Blu’s thoughts all over his face. Blu knew Russ from a previous video that they had made together so we asked him if he was down to give this experiment a shot. At the time Russ hadn’t started mixing his animation with live action, but I remember when he sent me the first 15 second test loop that we accidentally stumbled into something pretty interesting.

Since then Russ has been a close friend and mentor. We constantly email back-and-forth and vent to each other about work and how neither of us sleep anymore. Especially Russ because he’s got twins.

JH: It’s cool that this video was sort of the genesis of his style; more layers to it now though! 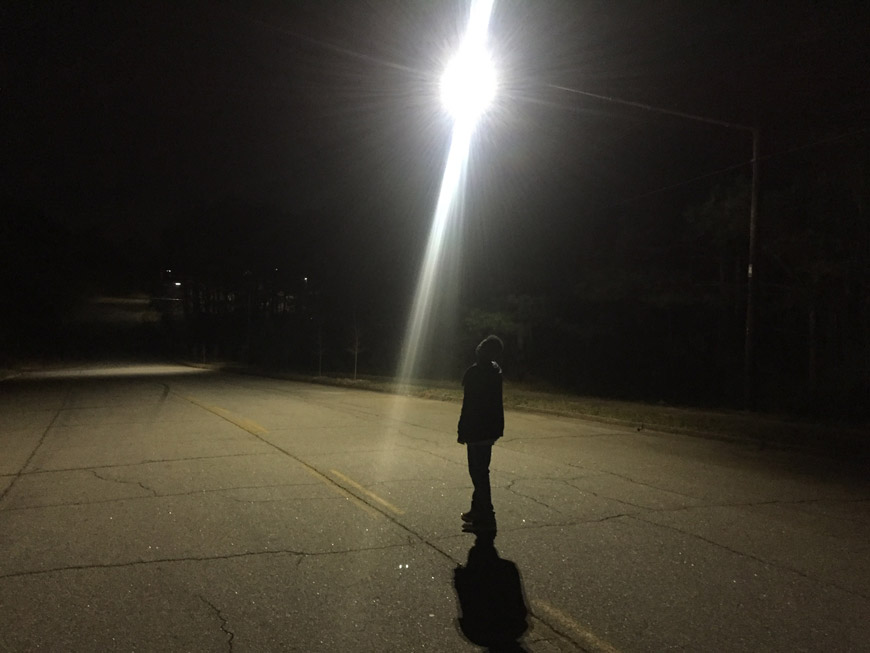 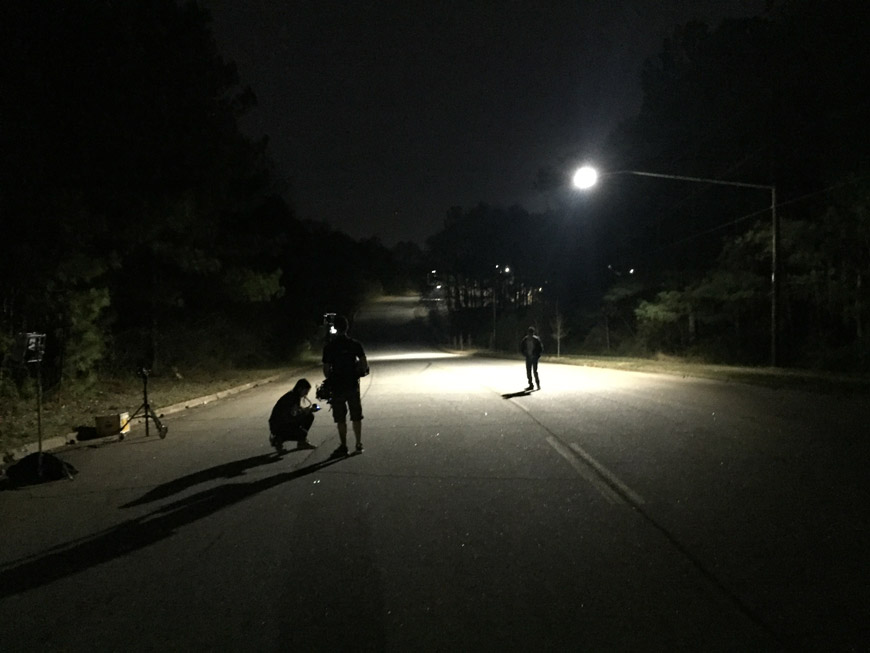 JH: How was it reuniting with Lakeith Stanfield?

DH: The best. I’m lucky to call that guy a friend because Lakeith is one of the most inspiring and fun people to be around. He’s a genuinely curious and selfless person. It’s been incredible watch his rise as an actor over the past few years.

JH: He’s blown up for sure. I saw you list some of your favourite music videos somewhere, I feel like we may be a similar age based on what you picked, are you in your thirties?

JH: Thought you might be a few years older! Which of the Palm Pictures Directors Label series dvds was your favourite?

JH: If they brought that series back, who would you like to see profiled next?

Vince Staples ‘Lift Me Up’ – directed by David M. Helman

JH: Do you keep a journal of ideas and then sort of match them up to opportunities that arise? Like maybe you write down an idea to have someone spinning and floating around suspended on a crane and then you hear the Vince Staples track and realise this is your chance.

DH: I try not to. I’d much rather let the song put the idea in my head, but I have a couple images and ideas that I’ve held onto and still waiting to find the right track. The problem is most of those ideas are really expensive.

JH: I recently found my old Sony camcorder and was thinking how no one had taken advantage of night vision lately and then shortly after that your Gucci Mane video came out! How did you handle the night vision for that?

DH: That’s all Mike Ragen and his Sony camcorder. I had originally written an entire black & white night vision concept that was supposed to mimic the look of trail cams that hunters use. Gucci didn’t go for it, but I was able to convince them to let us shoot a few scenes with traditional night vision.

DH: Actually, the highlight of that shoot was handing the camcorder to Gucci and Harmony [Korine] and letting them shoot an entire performance themselves by passing the camera back and forth in a car. Harmony, Mike and I thought that could have been the whole video.

JH: Are you pretty comfortable on a bigger set now? Do you ever experience the imposter syndrome?

DH: I’m anxious no matter what and I don’t think that pressure comes from the size of the crew or the budget. It’s the cutting of shots and the sun that’s going down that gets me every time. 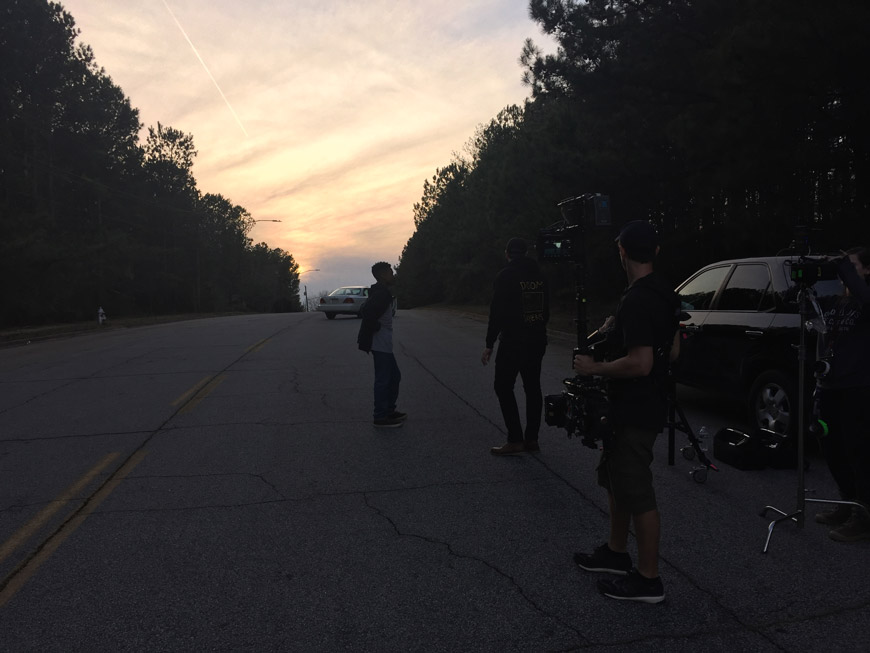 JH: Maybe we can end this with the most recent epiphany you’ve had. It could be big or small, related to filmmaking specifically or just life in general.

DH: Surround yourself with people who challenge you and your point of view. One of the best things about working in film is that you have the opportunity to work with people of every walk of life. I wouldn’t take that for granted.