“Wednesday with Goddard” / An Interview with Nicolas Ménard

Canadian artist and animator Nicolas Ménard’s Wednesday With Goddard is a brilliant short about a man’s search for God, featuring a combination of Ménard’s signature simplified-style with finely-detailed pencil drawings by artist Manshen Lo.

We caught up with Ménard to talk a bit about the film and his life in London. Watch Wednesday With Goddard above and check out some photos, along with our full interview, below! 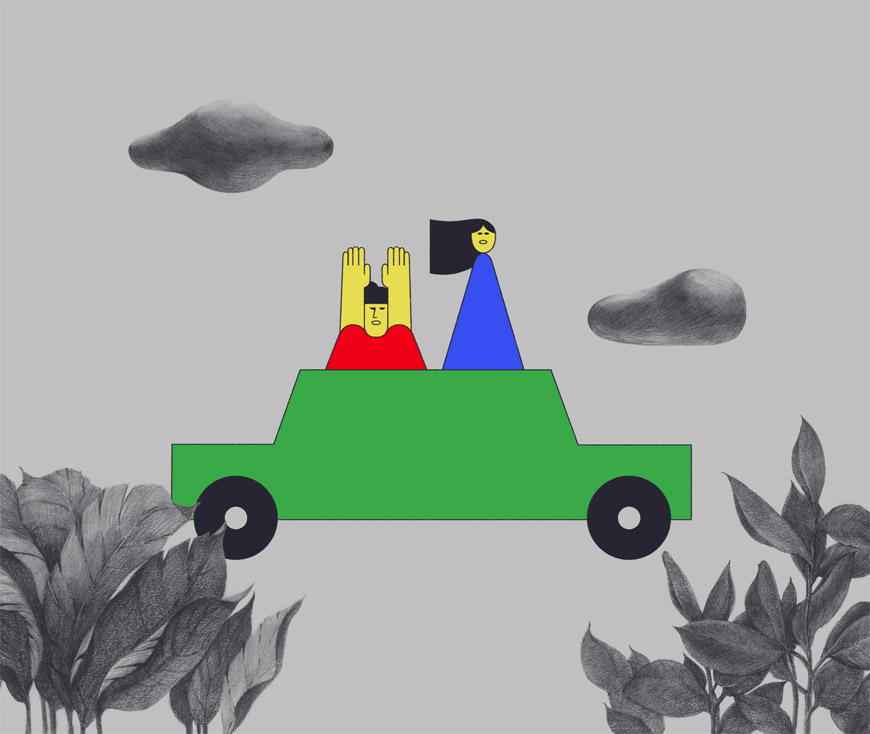 Jeff Hamada: How’s London treating you? Do you miss living in Montréal at all?

Nicolas Ménard: Not too bad! I like the scene here, and it’s good for work. A few months ago, we moved into a small flat by Victoria Park. Living near the trees and dogs makes life more cheerful. If the rent was half the price, it would be my favourite city.

But yes, I do miss Montréal, especially my family and friends. It feels simpler in Montréal to organize things with people since distances aren’t so big. You can walk to a friend’s house, knock on their door without notice, and bring them to eat a bagel on a Saturday morning. 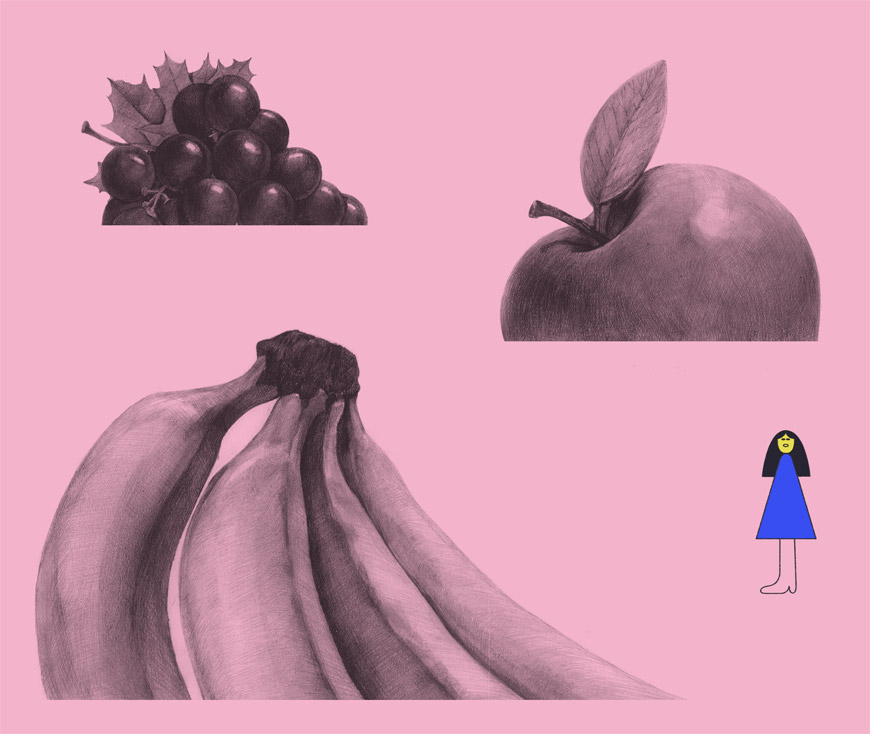 Jeff Hamada: What would be a perfect day out there, where do you go and what do you eat for breakfast, lunch and dinner?

Nicolas Ménard: There’s certainly a million ways to go about this.

I like to have breakfast at home. I enjoy a long walk in the park on a sunny and fresh morning, these are the best in London. My favourite lunch in the area is at the Pavilion, at the heart of Victoria park. I always get the Sri Lankan plate, with dahl and coconut sambal. An afternoon at the Natural History Museum is always enjoyable, especially when stumbling on Peter Millard. In the evening, my wife will bring me to Chinatown to try out some hidden gems. 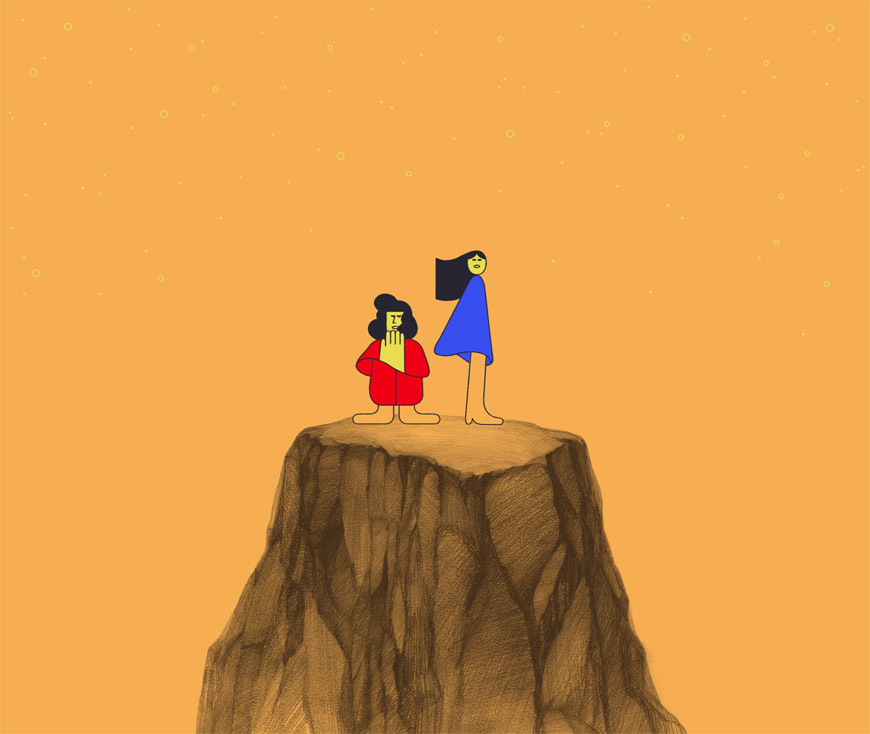 Jeff Hamada: I love Sri Lankan food! I actually travelled there several years ago, such a beautiful place! Let’s talk about your latest film, how autobiographical is Wednesday with Goddard?

Nicolas Ménard: Not so much. In fact, a lot of the film was written to follow a certain rhythm and structure I was playing with. The one autobiographical thing in the film is how Eugene is constantly putting his hand on his chin, pondering.

Jeff Hamada: When’s the last time you wondered about something and never found the answer? Are there any on-going mysteries in your life?

Nicolas Ménard: There are too many on-going mysteries in my life to list them here. But in general, all those mysteries lead to me being baffled by the circumstances and random events that lead me to live this day. 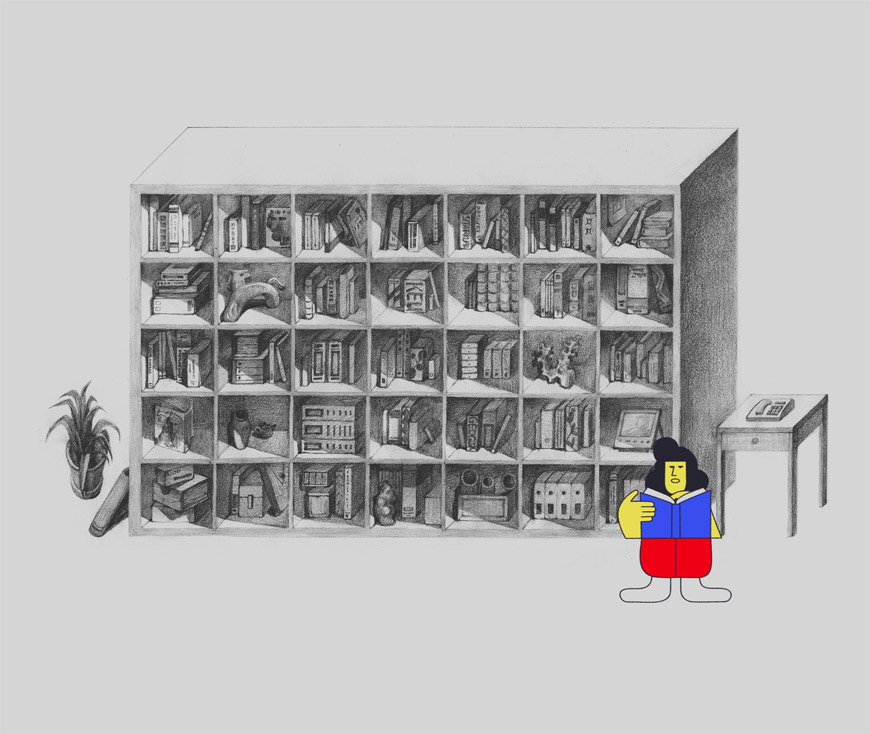 Jeff Hamada: I don’t recall many voice actors in your other animations, what was it like working with them on this?

Nicolas Ménard: Yes, this was my first time working with voice actors. It was hard to figure out. I tried voices of people in the studio, computer voices, voices of famous actors. Nothing worked! There was a point where I was going to have the film without voice, only subtitles. I thought the animation felt more like a book than a film. David Kamp also did a lot of tests for Evelyn speaking in a white noise gibberish. It felt dishonest to go down that road.

In the end, I understood that what I really had to do was to face my fear of working with actors. When we finally found Denis Foley and Aneta Piotrowska, everything fell into place. They were fantastic to work with. I could only afford to book them for two hours in a recording studio. So there was very little room for mistakes! 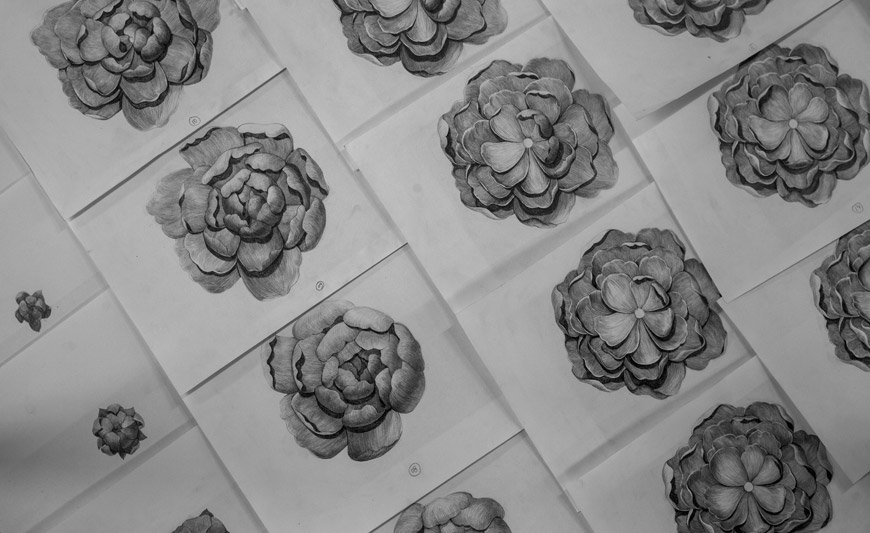 Jeff Hamada: Tell me about Manshen Lo! I loved the MTV spot you did together.

Nicolas Ménard: Manshen and I have been wanting to collaborate since she graduated from the RCA, in 2015. Our skill sets and backgrounds are very different, and complimentary in many ways. Working on a short film together felt like a great opportunity to try something stylistically different from my previous films. So we started playing this game of ping pong, trying to mix some of her pencil drawings with my simple, graphic characters.

I’m glad you noticed the MTV spot we did. It’s very much the antithesis of Wednesday with Goddard. Since the shots were very static in the short film, we wanted to try playing with a camera that’s constantly in motion. But something we agreed on keeping was an analogue touch, which Manshen is really good at. Therefore, she figured out the workflow to paint every frame of the animation with gouache on paper, while I was designing and animating in Photoshop.

She’s currently working a new body of work, so you should keep an eye on her website. 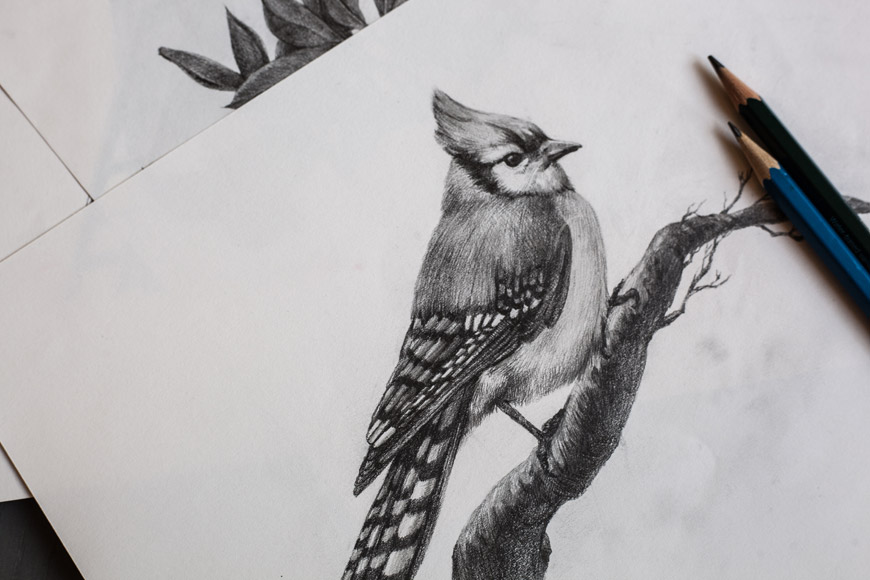 Jeff Hamada: Who are some other artists you’re loving these days?

Nicolas Ménard: I enjoyed the simplicity of Michael Dudok de Wit’s ‘The Red Turtle’. He found a lovely way to keep the soul of his short films in the feature film format. I just wish that turtle wasn’t CGI. I’ve also been into Karel Martens’ latest book; it always lies somewhere on my desk. It’s my kind of printed, formal stuff. Oh and I’ve seen Niki Lindroth von Bahr’s latest short, ‘The Burden’. If you can catch it in a festival, it’s absolutely brilliant.

Jeff Hamada: What’s next for you, what should we look out for?

Nicolas Ménard: You can keep your eyes peeled for some new commercial work in the next year. I have a few personal projects under the hood, it’s just a question of time before they concretize.

In the near future, I’ll be giving an animation/design workshop at the École de Design of UQAM, in Montreal, in May. And you might also find Manshen and I at the Annecy animation festival, in June.