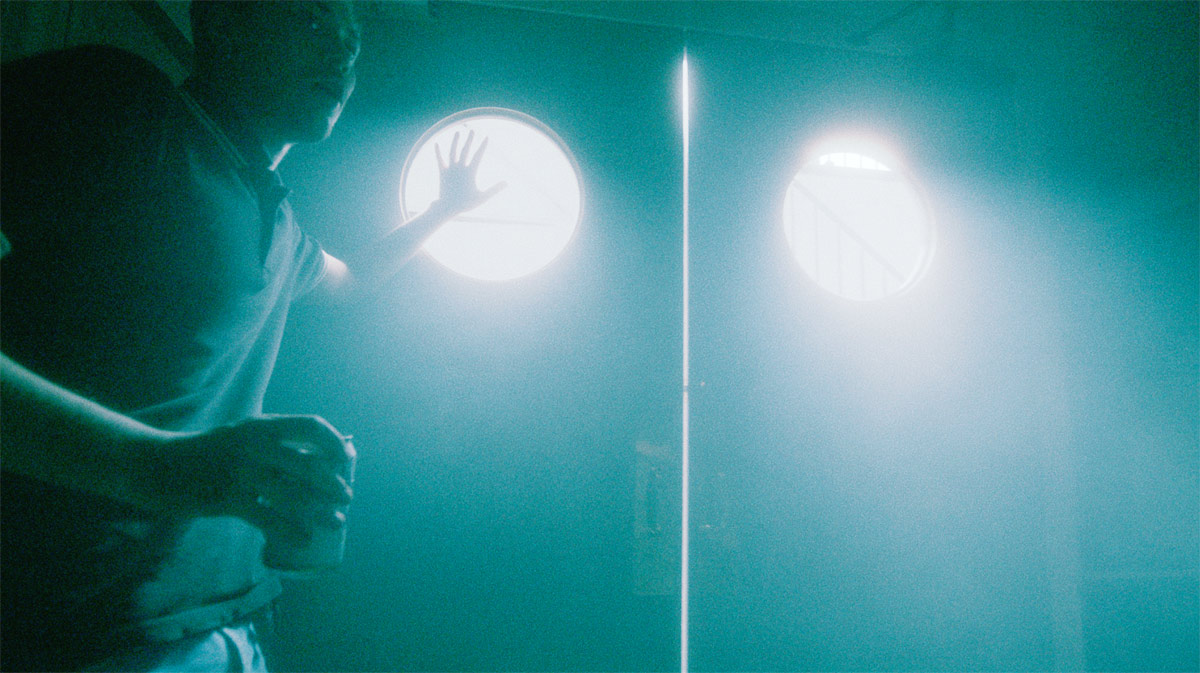 An Interview with Director Anton Tammi

A half dozen videos into his career and Helsinki-based director Anton Tammi is already on everyone’s watch-list. In the lead up to the release of his new video for JIL’s “All Your Words”, we had a chance to ask the young Finnish visionary a few questions about his work.

What’s it like growing up in Helsinki, can you paint a picture for us?

After living in other cities recently, I’ve realised how much the public school system in Finland shapes the country. Hanging your youth with people from different backgrounds affects a lot on how it is to grow up in Helsinki. I think it makes people humble in a good way.

I can’t talk about Helsinki without mentioning the winter. It’s when the city dives into a darkness for months. The winter brings a twist of melancholy and loneliness. That again results in other things. For me this melancholic mood is not necessarily a bad feeling though; it’s a state of mind that I kind of like. 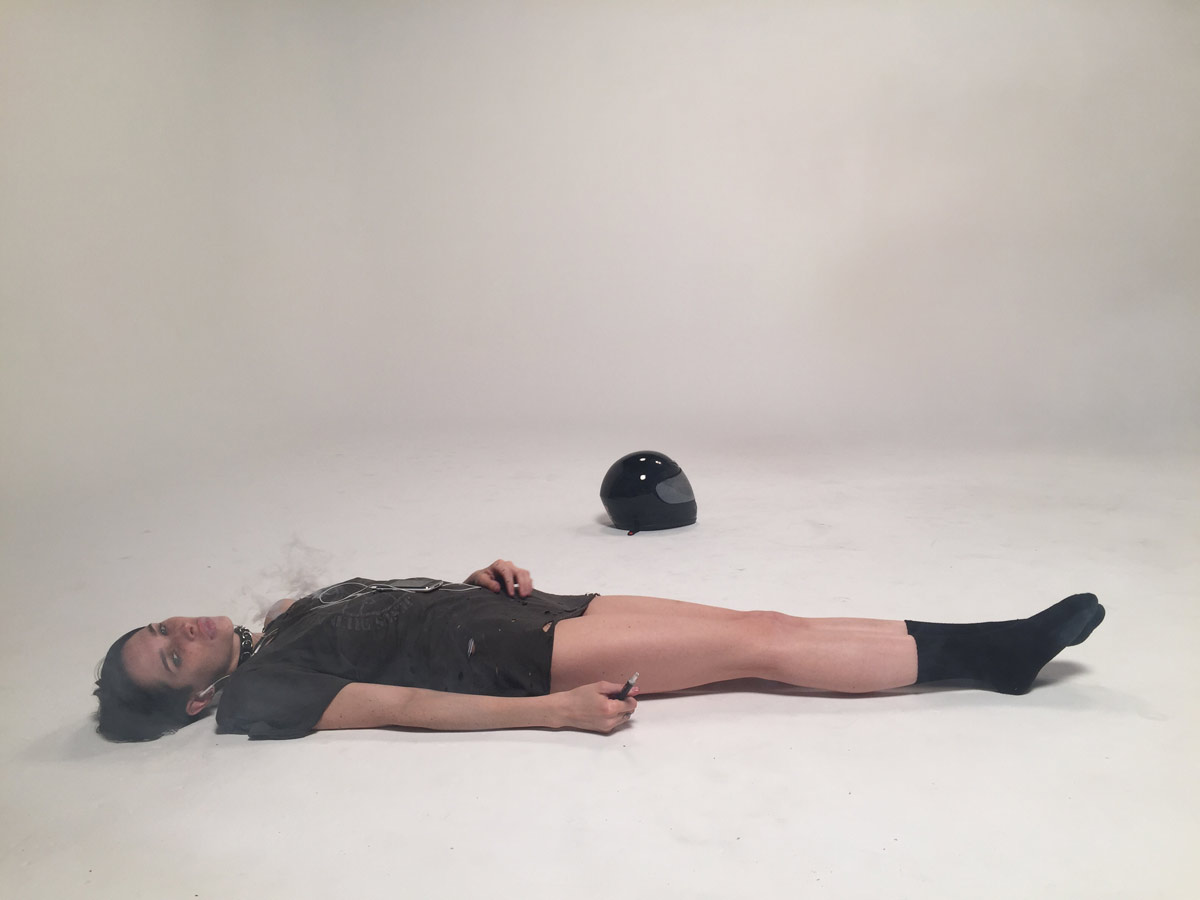 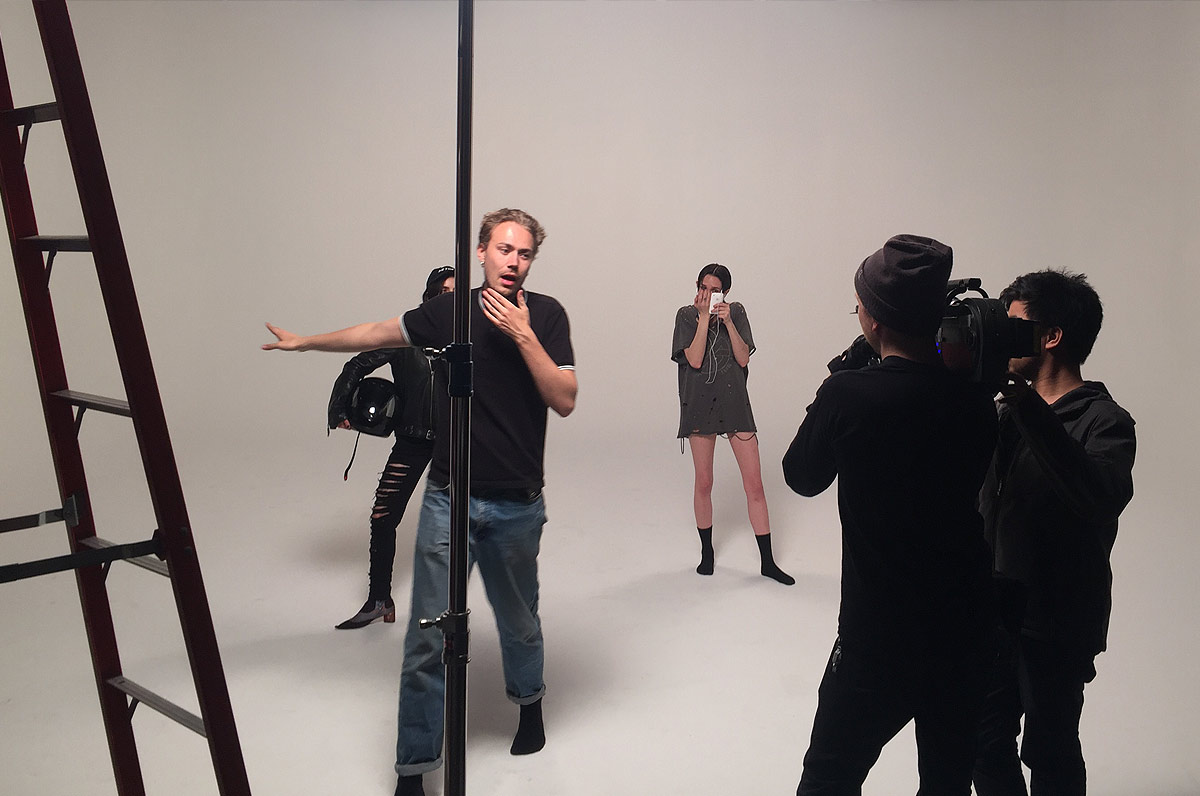 What were some of your favourite movies growing up?

As a kid there was a moment when me and my brother watched Schwarzenegger’s Jingle All The Way four times in a row, and thought it was our favourite film. Also Ace Ventura and Jackie Chan played a big part of my childhood.

My parents showed me Almodovar, Hitchcock, Kubrick, etc. All of them are still my favourites. As a teenager I saw The Matrix and Kill Bill, which I loved so much, and still do.

Later I found Michael Haneke, Gus Van Sant, Lars Von Trier, Thomas Vinterberg, Gaspar Noé… Irreversible and this movie Festen by Vinterberg were the two films that I liked the most when I started learning film making. Both have such a peculiar way of how they’re shot, and how the acting feels. 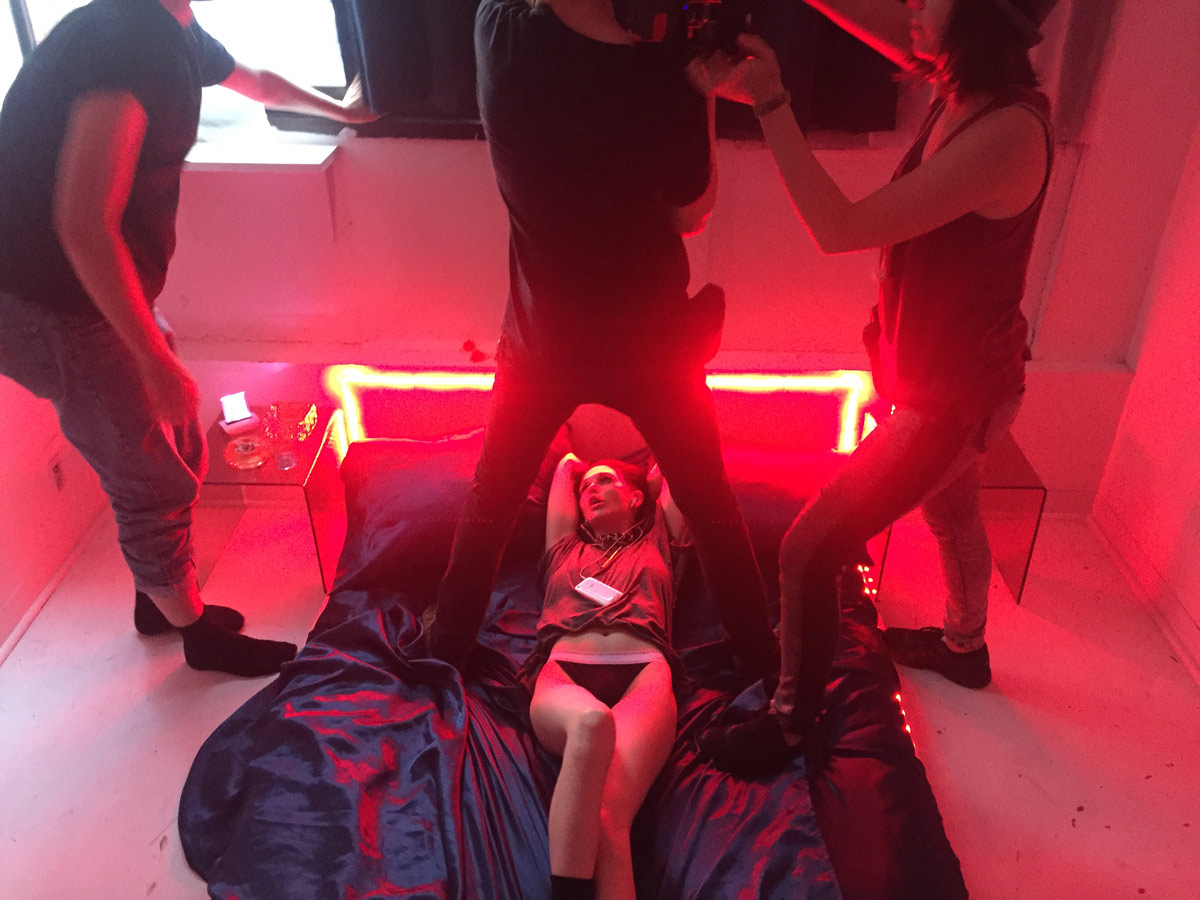 Shooting JIL “All Your Words”

Your work definitely reminds me of the opening of Irreversible as the characters go deeper and deeper into that club. Do you feel like what you’re doing now is what you were made to do? Were you born a director?

I think film making is learned through experience. It’s a mix of so many things. I started learning the day I opened Final Cut Pro 7. For years I was editing so much, all the time, everything, everyday, just editing – and I loved it! Doing visuals for DJ’s, music videos, editing commercials, trying out color grading and After Effects stuff.

I’d say seeing lots of different films and how they were done from an editors point of view helped me find my style. I wasn’t born a director. 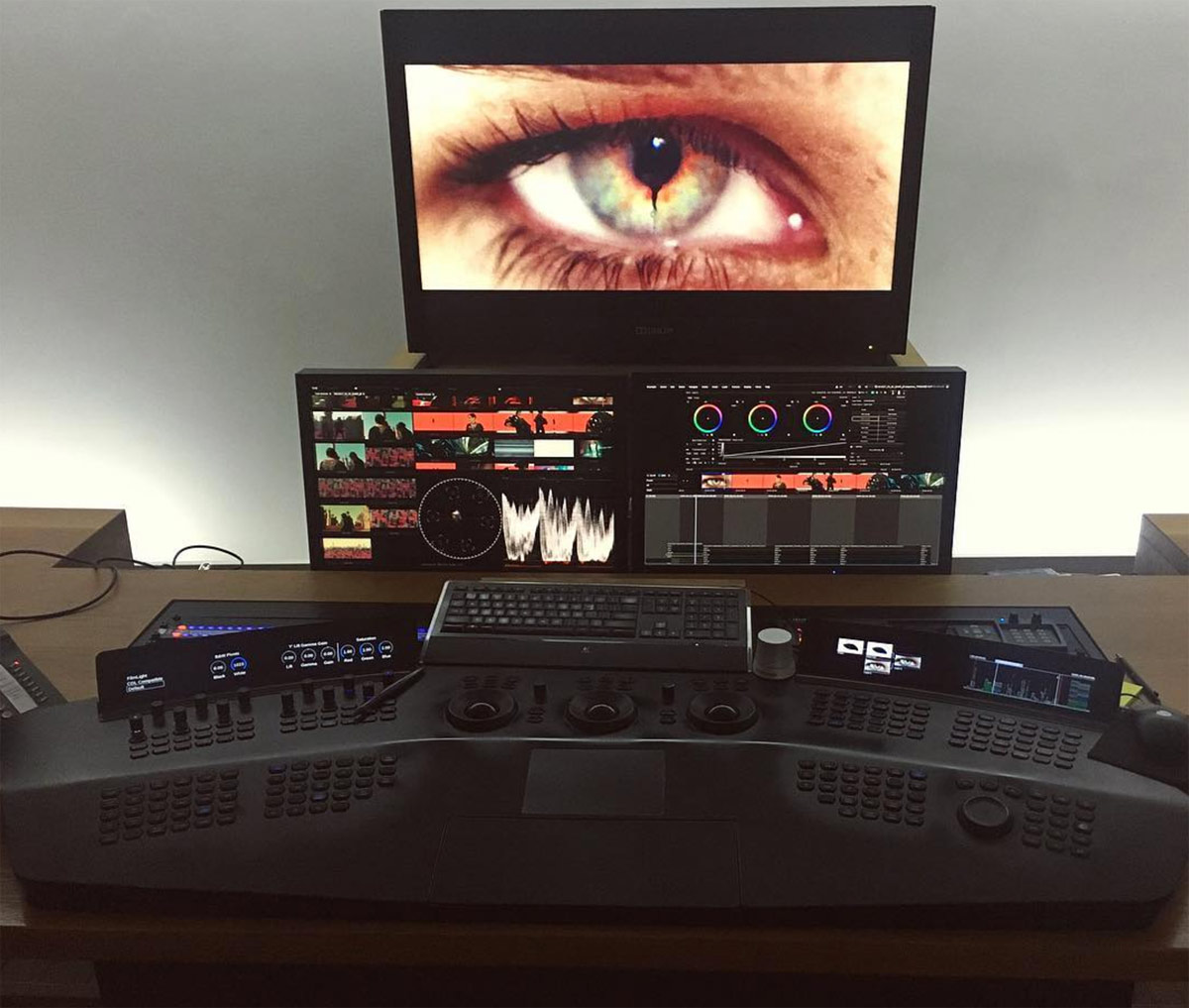 How many of your creative decisions are made in pre-production versus in the editing room after you’ve shot the thing?

I tend to write my treatments so that they allow improvisation in the shoot. So you don’t need to stress about continuity and stuff on the set too much. I’d say big part of the videos that I’ve done are built in editing. To me editing is when you really write the film. The treatment or the script is just there to explain about the mood I’m after.

Music Video: JIL – “All Your Words”

Let’s talk about this new video for JIL, what was the original concept? How did you pitch your vision?

The first sentence in my treatment said: “A lot can happen in the mind of a lonely girl.” I thought of this scenario, you know, when you’re in a NYC train, and you see a stranger and wonder who are they, where do they come from, where are they going. And how would it feel to be with them… You have a fantasy that lasts for a blink of an eye. So I wanted to zoom into this blink of an eye, to see what’s there.

JIL knew me through my friend Bruce Smear. So the band wanted my style and gave a total creative freedom. Their music felt very hypnotic and took me on a weird trip. So I think the video is also about a drug users fever dream. The feeling is good but also it won’t last forever, and the other feeling is brutal. I’m fascinated by that fucked up rollercoaster that goes in one’s mind. So, around this and some reference images I built the film. 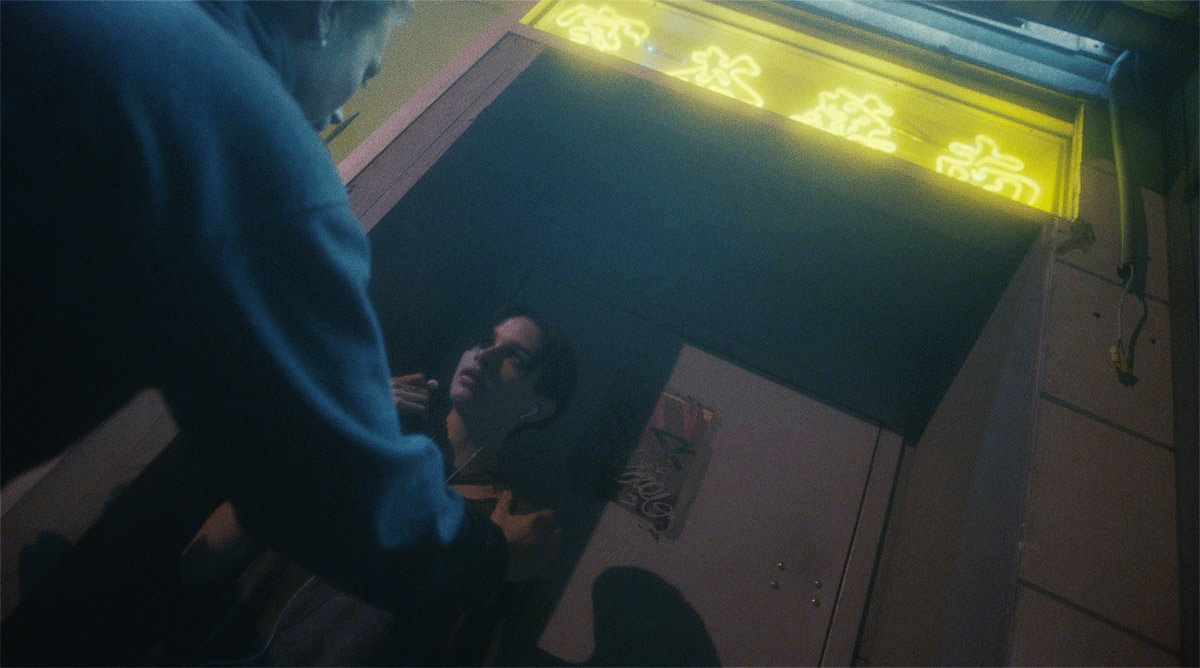 Behind the scenes shooting JIL – “All Your Words”

Who are some other directors really getting you excited these days? Any young guns to look out for?

A visual genius, whose work I’ve recently liked a lot, is the multi-talented Sam Rolfes. He has a very distinct way of filmmaking that mixes 3D and live action. Also my friends from BRTHR are doing music videos with their own sick style. They edit their own videos, so I appreciate that.

Usually I’m skeptical when I see artists “directing” their own music videos but recently there have been a few exceptions to this. Estonian artist Tommy Cash is directing his own music videos and does it very well. Also The Blaze has directed two very strong videos for theme selves within the past year. 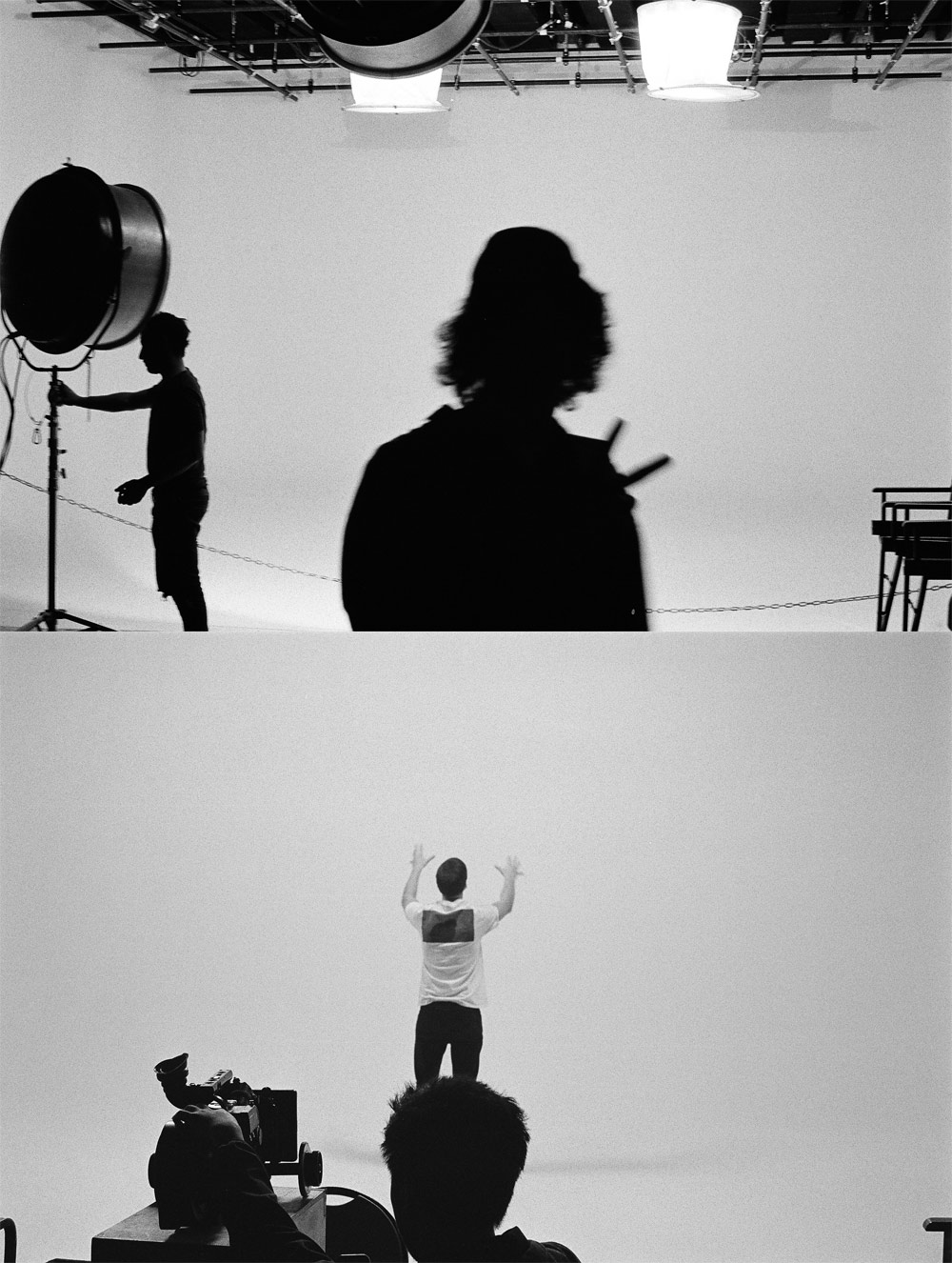 Yeah, that Blaze video “Territory” is so good. Iconoclast is killing it. What’s next for you?

I was recently contacted by Iconoclast about future representation. So far I’ve done videos with more up and coming artists. I’m kind of intimidated and intrigued by the idea of doing a music video for an artist who already has an established position and possibly a specific style that you have to acknowledge in the video. It’s a different world. But I’m curious to see if it’s possible to do things in Anton Tammi style in that world.

A still from JIL – “All Your Words”