Brooklyn-based director Ryan Staake has created a slew of memorable videos for artists like Diplo, Major Lazer, alt-J and A-Trak. While the only consistent thing about Ryan’s style is his eclecticism, it’s safe to say his latest video for Young Thug’s track “Wyclef Jean” offers up something truly unexpected!

Known for dabbling with large-scale practical effects as well as the latest experimental tech, this time around Ryan is forced to make something out of nothing when the star of the video doesn’t show up! We had a chance to catch up with Ryan and ask a few question about what exactly went down. Check out some behind-the-scene shots from the “failed” shoot as well as our full interview with Ryan below! 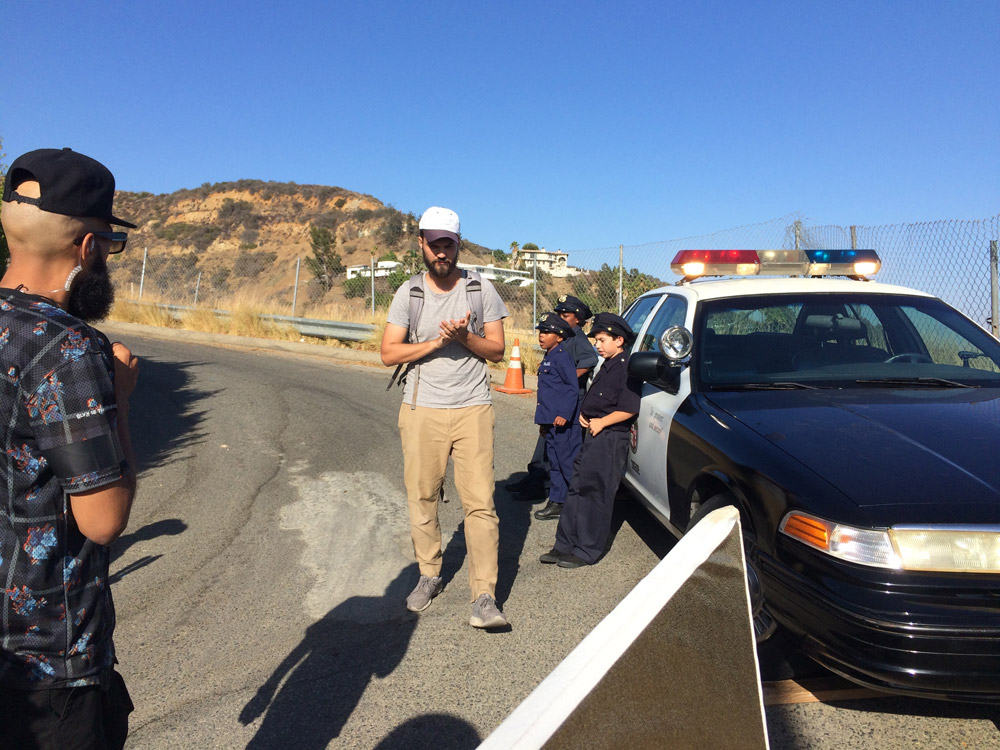 Ryan Staake on the set of “Wyclef Jean”

Booooooom: What director did you want to be like when you first started out?

Ryan Staake: I was (and still am) hugely inspired by Michel Gondry. The range of concepts and approaches in his music videos is incredible–and many feel like they stand on their own as singular short films that dwarf the songs they were made to visualize. I also admire his ability to meander between directing huge Hollywood talent in features then working on his own in his home to personally hand-animated 8mm stop motion shorts. He’s a master of making deceivingly simple videos that make other directors think “fuck, I wish I’d thought of that!” I still find myself watching Chemical Brothers “Star Guitar” every few months.

Booooooom: Rode the bullet train in Japan for the first time a couple weeks ago, instantly thought of the Star Guitar video. Who are some other directors inspiring you these days? 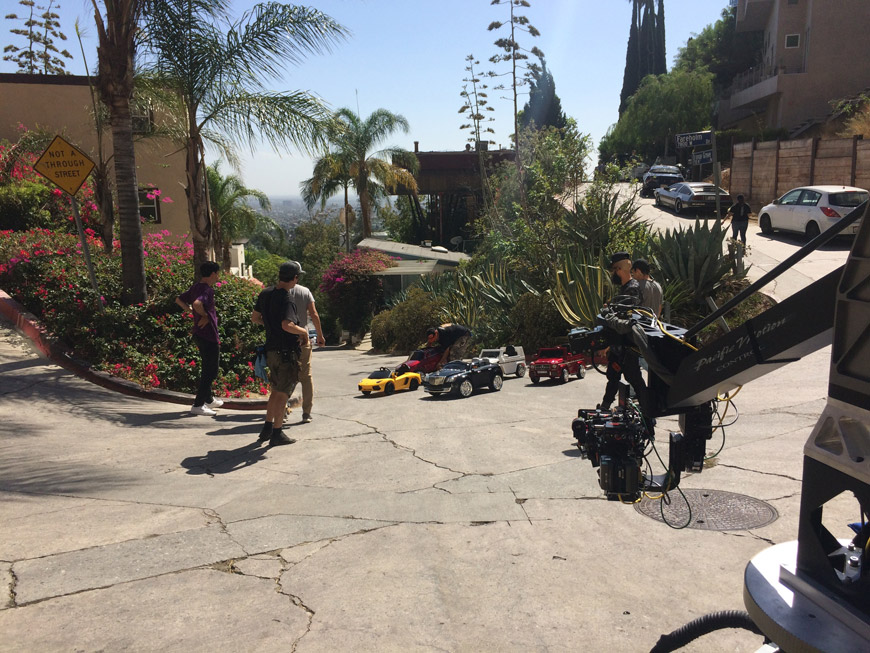 Crew on set of “Wyclef Jean”

Booooooom: What’s the Ryan Staake signature move? Are you intentional at all about being associated with a particular style or look?

Ryan Staake: I think I’m a bit of a stylistic chameleon. To me, the common thread through my work is that I try new approach on each project. But maybe that’s indirectly resulted in some meandering style of eclecticism?

My videos tend to be based around novel VFX techniques, fringe camera technologies, time consuming practical effects or whatever new method I want to dive into for a month or two. I try to use these new approaches in ways that serve a central theme or idea I’m trying to convey for a video, and not just as a gimmick (but that definitely happens). I come from a design background, so I’m constantly chasing that creative-high of finding a visual hook to perfectly express an idea/statement. 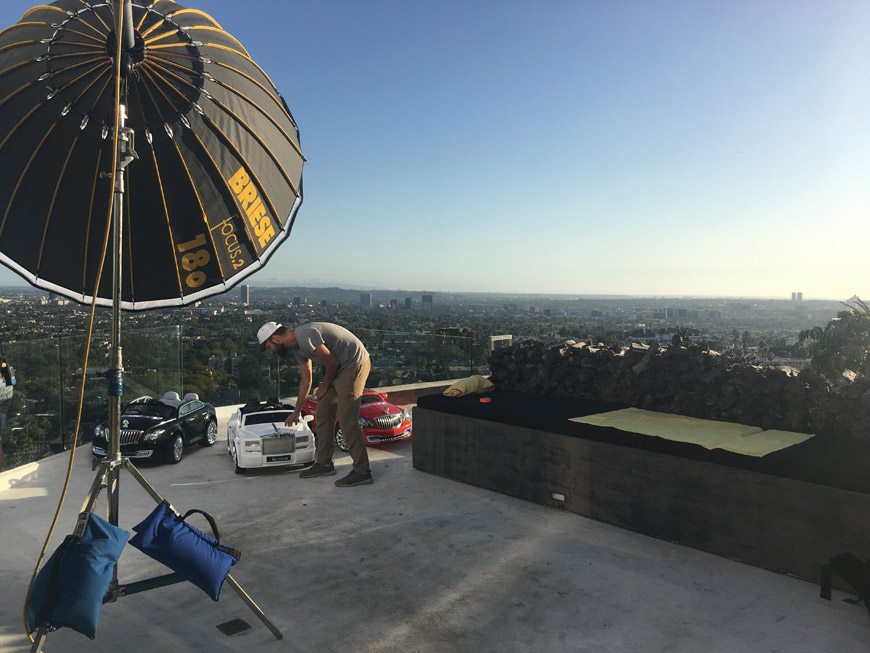 Booooooom: How do you balance timely technology-based ideas (360 video, thermal, time-slicing, etc) with the desire to create something timeless? Is this something you think about at all?

Ryan Staake: I think all visual work is inherently tied to the time it was created in due to the tools, but it’s true that when you’re interested in working mainly with new tech-based tools, your stuff may feel dated in the coming years. There’s also a certain pop culture totem quality to that though. Think back to the Dire Straits’ “Money For Nothing” video… completely dated 3D, but all the cooler as a result. It’s a time capsule of the tech, creative thinking and culture of the 80s.

Booooooom: Lets talk about this Young Thug video, is this what actually happened? It’d almost be even more impressive if the ‘failed’ video was actually the original pitch.

Ryan Staake: The only part of this that was planned was using the audio of him describing what he wanted and building it out piece by piece. Beyond that, its 100% a reaction to the shitty cards I was dealt on this production. The video tells the story of what actually happened, but I agree, that would’ve been quite a concept if I’d planned it all.

Once I got into the concept during post, I actually welcomed all the bizarre turns it kept taking… He sent a drive? Awesome, I’ll use it and make fun of it. The label wants me to remove a line? Okay, we’ll mention that. They want logos? Perfect, another opportunity for a few jokes. 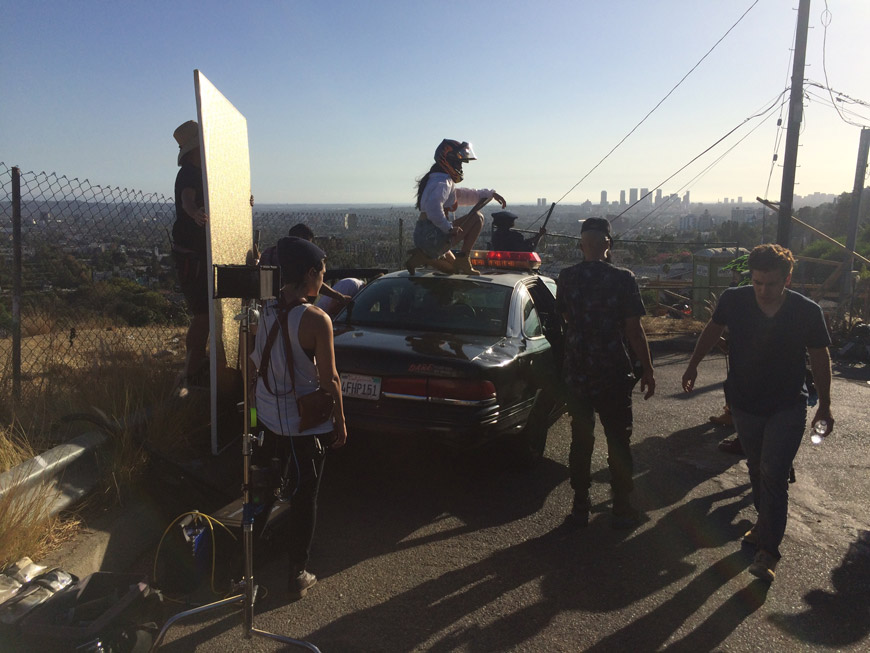 Booooooom: Have you ever had anything like this happen before? An artist just completely bailing on a shoot?

Ryan Staake: I’ve had artists a few hours late, but nothing like this has ever happened to me. It was really surreal. I’m on set looking at all this gear, all these people, just eating up money, and the main ingredient isn’t there. It was insanely wasteful. 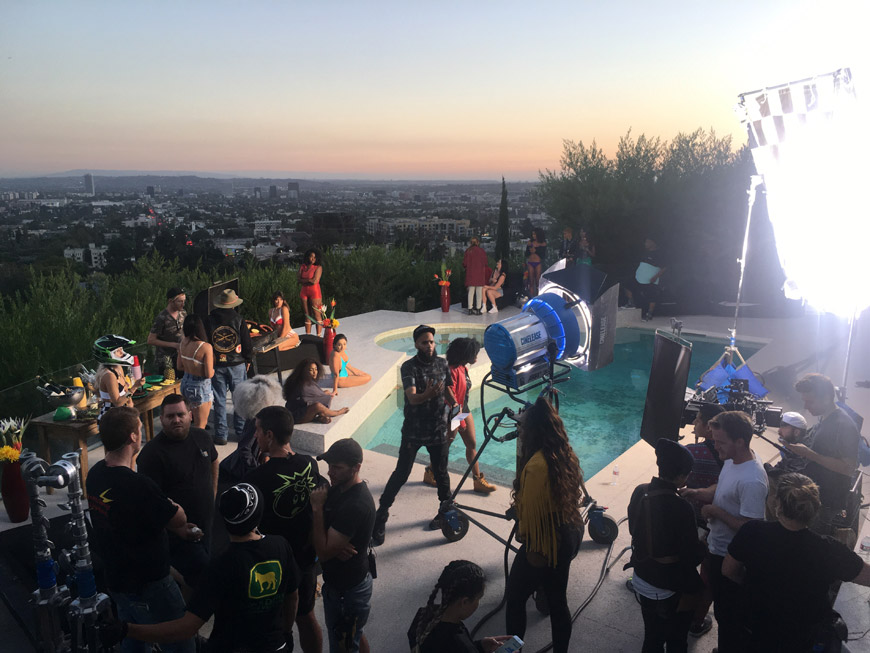 Booooooom: What was the feeling like on set as things started to fall apart?

Ryan Staake: My producer came up to tell me he’d heard that Young Thug wasn’t coming out, and then my assistant Hanna Zakouri confirmed “He’s leaving. His instagram got hacked!” At first it was incredibly stressful, then extremely aggravating, then I came to terms with it and decided it was legitimately hilarious. I imagine it’s probably close to the feeling one might have when you know you’re going to die and just accept it. Like looking out the window of a plane as the wings rip off and the ground is running towards you… a moment of clarity and acceptance: “well, I guess this is happening.” 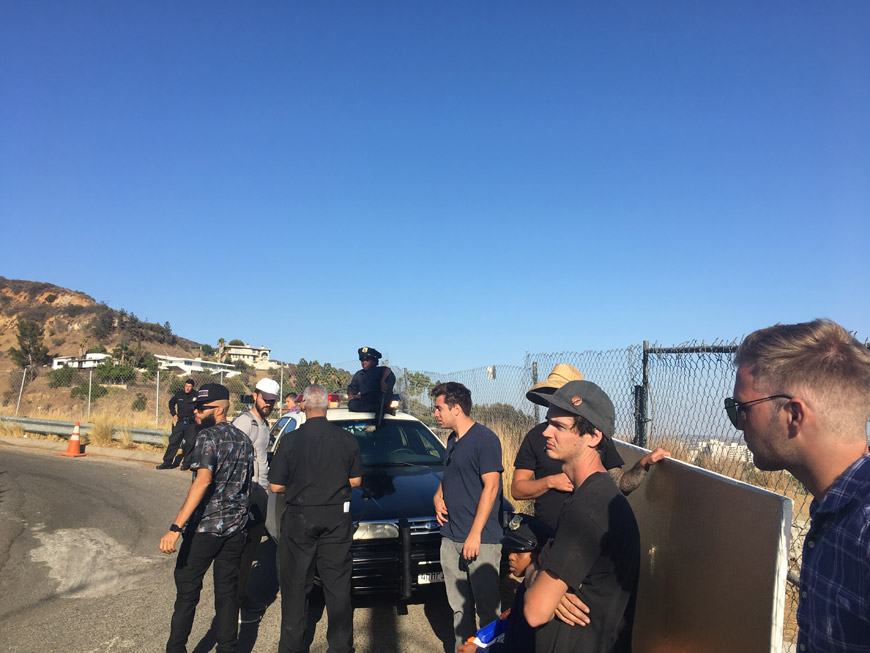 Booooooom: At what point did you realize you could just make the video about the failure to make the video? Lost in La Mancha style.

Ryan Staake: During the last setup, where we lit the 3 cars in the dark, I asked the camera operator to get some footage of the cars incase I had to “add him in”. It was more of a joke at the time, but I’m glad I followed through with that idea on set.

Once the smoke cleared and we got back to New York with the footage, and began looking through, I realized I had nothing… like maybe 10% of the footage I would need for a video. The label wanted to do a really cheap reshoot, but I knew what I’d shot wouldn’t hold a video, and then remembered my idea of how we could just make the video about what a shit show it was.

I made yet another treatment and told them “if we do this I’ll do it for free. No reshoot budget.” I didn’t tell them what I’d write, just said “it had to be in my voice”. I think they were also nervous about him not showing up to a reshoot and didn’t want to wager more budget on what I’m sure they viewed as a failing project. All of this kind of merged together to present the opportunity for a bizarre idea like this to actually be agreed to. I still can’t really believe it. 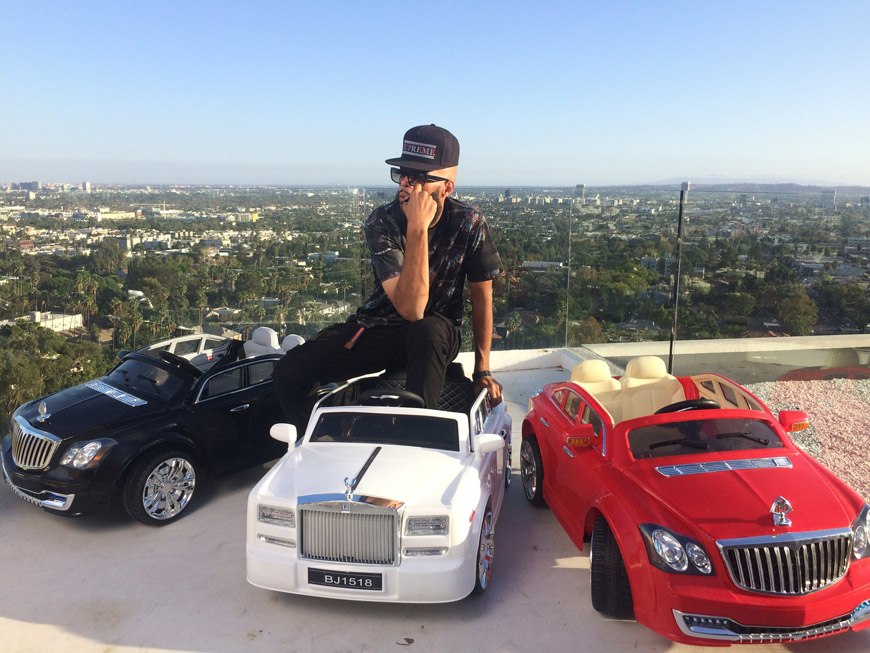 Booooooom: What does Young Thug think of the finished product?

Ryan Staake: I honestly don’t know. I know his labels (Atlantic & 300) like it. Lyor Cohen and I had a call before I began writing the text and he was very supportive. I think at the end of the day, everyone understood that the goal of a video is to get views, and that this approach would get more than some half baked reshoot video. I will say that as much of a pain in the ass as this was, I think that him not arriving made for a much more interesting video than we would’ve had if he had arrived.

Booooooom: That’s true, this feels more you than the original idea. What’s next for you? Any plans to direct a feature?

Ryan Staake: I’m working on VR experiences, AR apps and a few self-initiated projects at the moment, including some feature ideas. And of course continuing to build Pomp&Clout.