Brasstronaut’s vocalist and keyboardist Edo Van Breemen is the son of artist Maud Van Breemen. In 1977, when movies like Texas Chainsaw Massacre were all the rage, Maud made a whimsical short film called Pink. Starring her husband, Casey Van Breemen, the film was abstract, saturated in colour and stood in unabashed contrast to the trends of the time.

The video for Brasstronaut’s track “Hawk” does more than reference Maud’s original film. Turning Pink into a catalyst for a series of creative re-interpretations by 20 different artists (and non-artists) from all different mediums, the collective work was displayed at a gallery in Vancouver as a surprise for Maud and Casey.

We caught up with filmmakers Graham Kew and Daniel Code (who make films together under the name Anthem Jackson) to discuss the ambitious project. Check out still images from the exhibition as well as our full interview below! 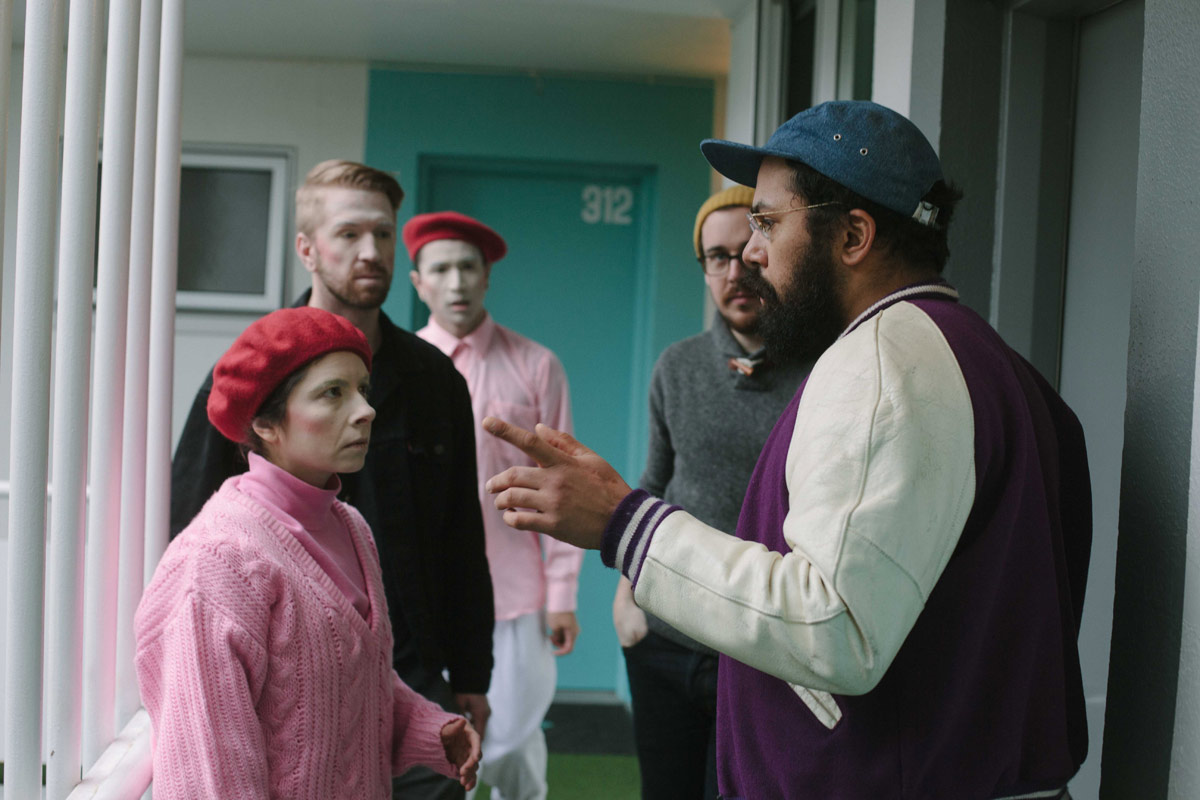 Graham Kew and Daniel Code on set with Ouro Collective

Jeff Hamada: I’m interested to know if you see the video as a documentation of an art project or as the final form of all the different parts?

Graham Kew and Daniel Code: We see the video as a documentation of a larger art project. Showing both process and result for each artist was really important to us. Everything was aimed at creating this genuine moment for Edo’s parents to experience (and us to document) when we revealed the artwork to them. 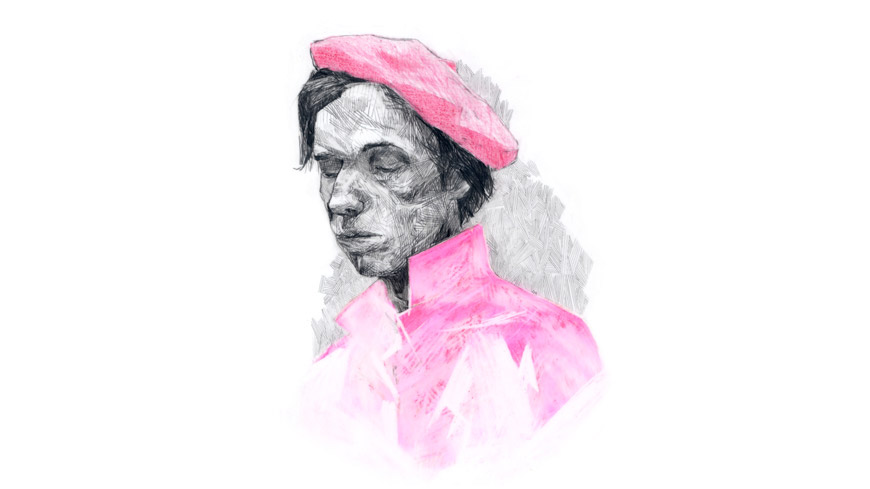 JH: Was it Brasstronaut that was interested in Maud Van Breemen’s work or did that come from you?

GK/DC: The 16mm film is this little family heirloom of the Van Breemen’s. It’s the sort of home video that seems to come out during the holidays to gently tease their father. It also presents a beautiful window into the family’s artistic history.

Edo initially brought us this idea of editing him mom’s old film to the track, “Hawk.” It was sort of too easy. Without even really pushing it, the song seemed to cut well with the footage. We thought, What’s really so exciting about that? It offered something visually unique, but there were layers and questions that we wanted to dig into. We organized a dinner with Maud to figure out what the film represented to her back in the 70’s. One of the most interesting things that we learned was that after Pink was made she took a number of steps back from experimental art to raise their family. From this conversation we sort of built a narrative around art making, reinvention, and empowerment.

JH: What is it about her work specifically that you felt was worth revisiting?

GK/DC: It became more about Maud revisiting the artistic world than us finding a specific meaning in her film. We love Pink, but there was something about the process of art making that we wanted her to be a part of in this video – it’s beyond just a recut of her film set to music. That’s what the gallery show was for. We wanted to sort of reintroduce her back into a community that she had almost left behind. 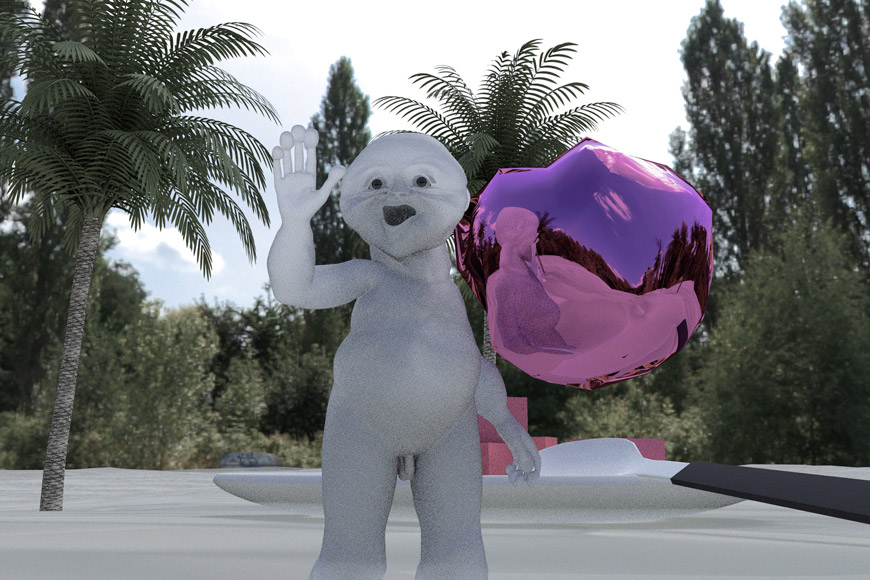 Still from animation by Joel Cares and Cole Kush

JH: So everyone was shown Van Breemen’s original film and then given free reign to create a response to it?

GK/DC: We didn’t want everything to be too similar so we sectioned the original film into 10-20 second clips. From there, we gave everyone full reign with as little guidance or rules as possible. This part of the process was really exciting for us. What came back was so impressive. I’m sure you’ve felt something similar with a few of your projects, like maybe Little Drifters?

We still laugh at the white creature that Joel Cares and Cole Kush animated, and Aaron Read blew our minds with his cell animation. We watched it over and over again just to pick up on all of the tiny details he drew in there. 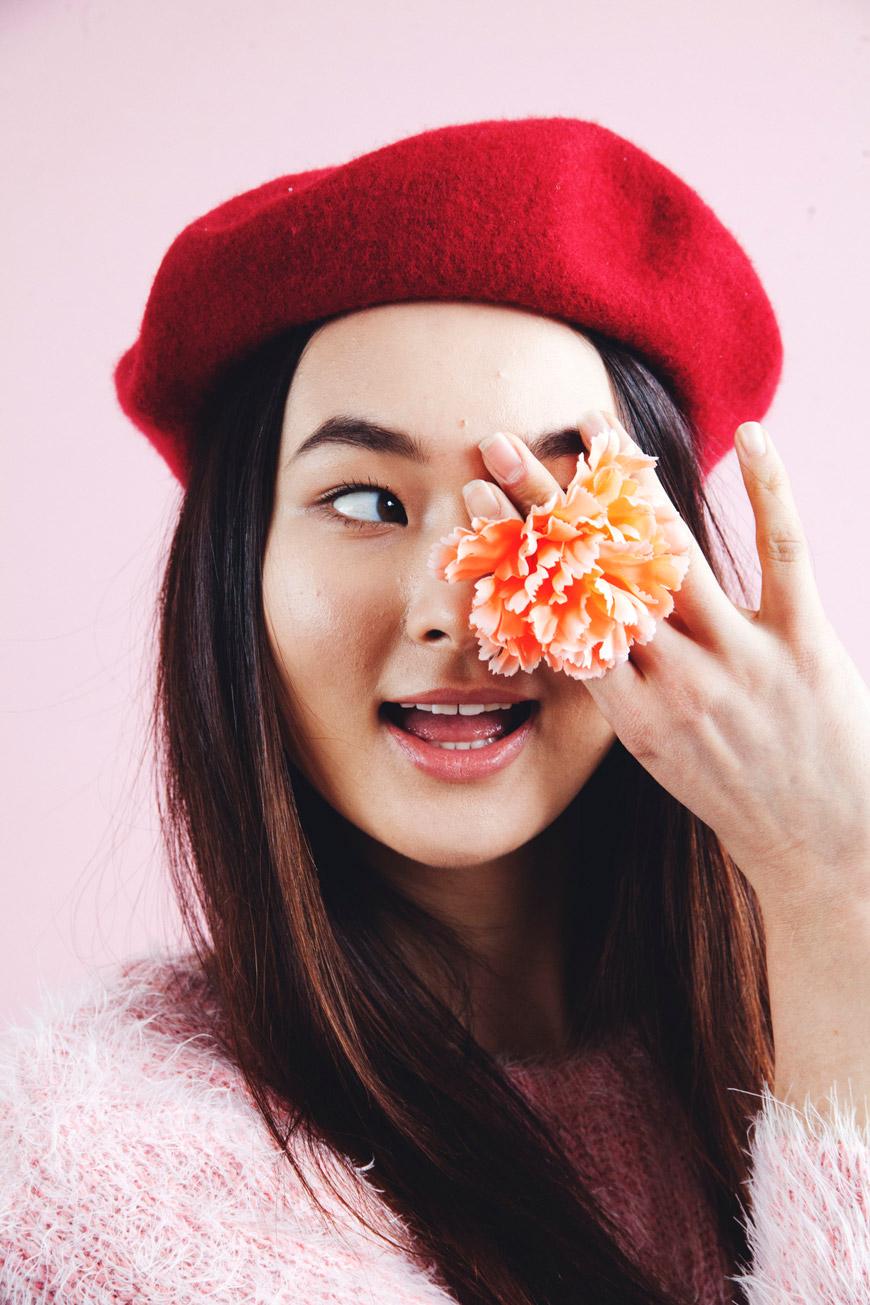 JH: The artists are about as diverse as it can get, was it difficult to combine everything together in the edit? If I was pitched a video that was going to incorporate painting, sculpture, dance, and animation I think I might be skeptical of the outcome.

GK/DC: We’ll be the first to admit that we’re novices when it come to fine art – we’re just a coupla filmmakers. What worked well in the edit was having a balance of the original 16mm film, the process footage of each artist, and each final art piece to tie together a story. We looked at it as Maud being our central character, and each of the contributing artists played a part. It’s not a normal music video, and the Van Breemen’s and Brasstronaut were all incredibly trusting and giving.

JH: Were you already familiar with all the artists or did you discover some new ones in the process?

GK/DC: We had an amazing curator, Natasha Lands (Free Association). She’s really the kind of person that has her ear to the ground. She’s developed so many rad conceptual art movements in our city, so many of the artists came from that community. She really helped us discover who is out there.

Oh, and we found Ouro Collective on Booooooom ages ago, so thanks for posting that! 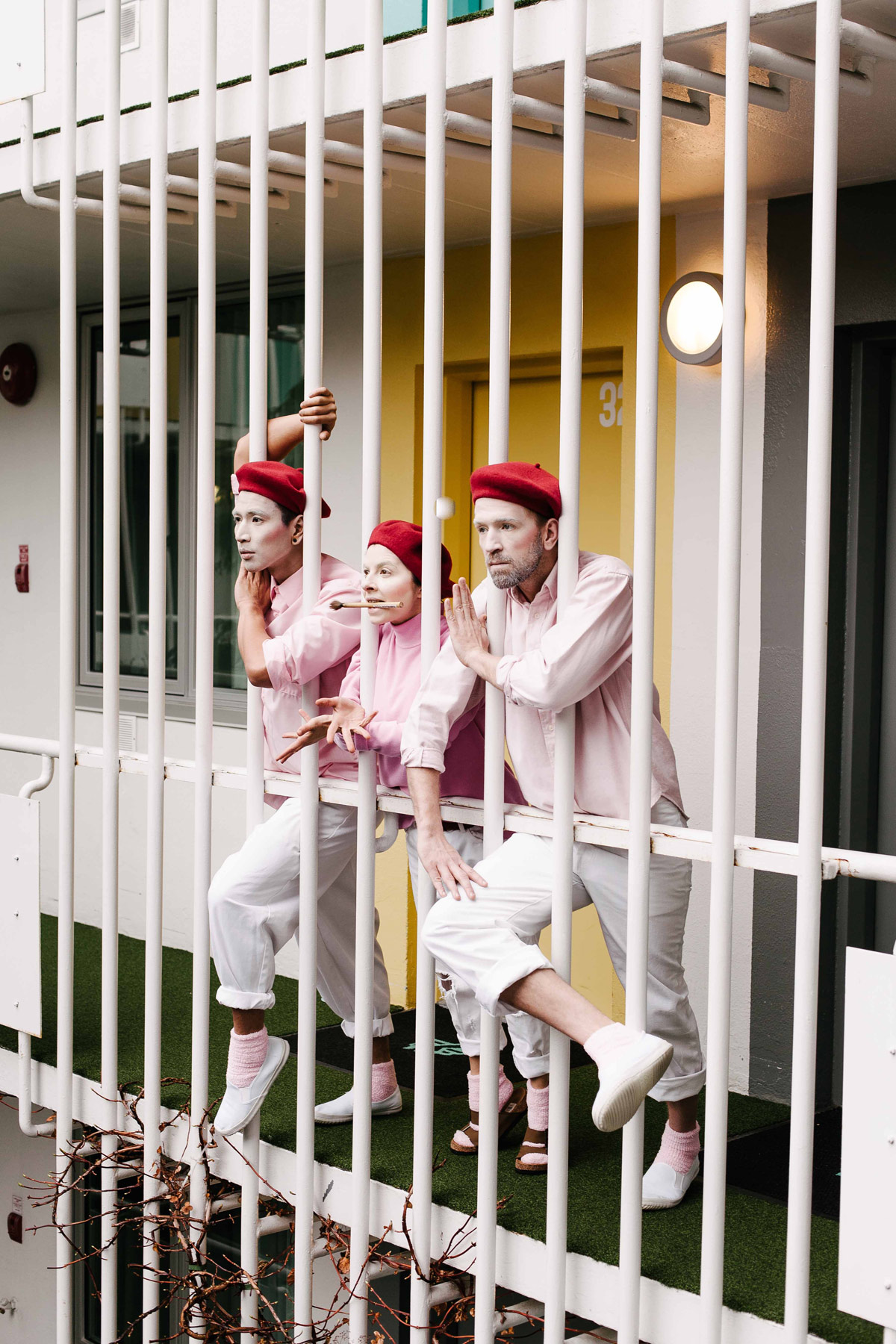 JH: I remember at the art show you guys organized it so that each piece was exhibited on its own, is there going to be a way to view these pieces separately online? Would love to see all the finished drawings and photos or Aaron Read’s animation and Ouro Collective’s entire dance sequence on their own.

GK/DC: A lot of the art is up on the website for the project, but you’re totally right that we should add more – like the full video of Chad Murray’s pink paint pour, and Ouro’s dance sequence. Maud’s original film is on the website too. 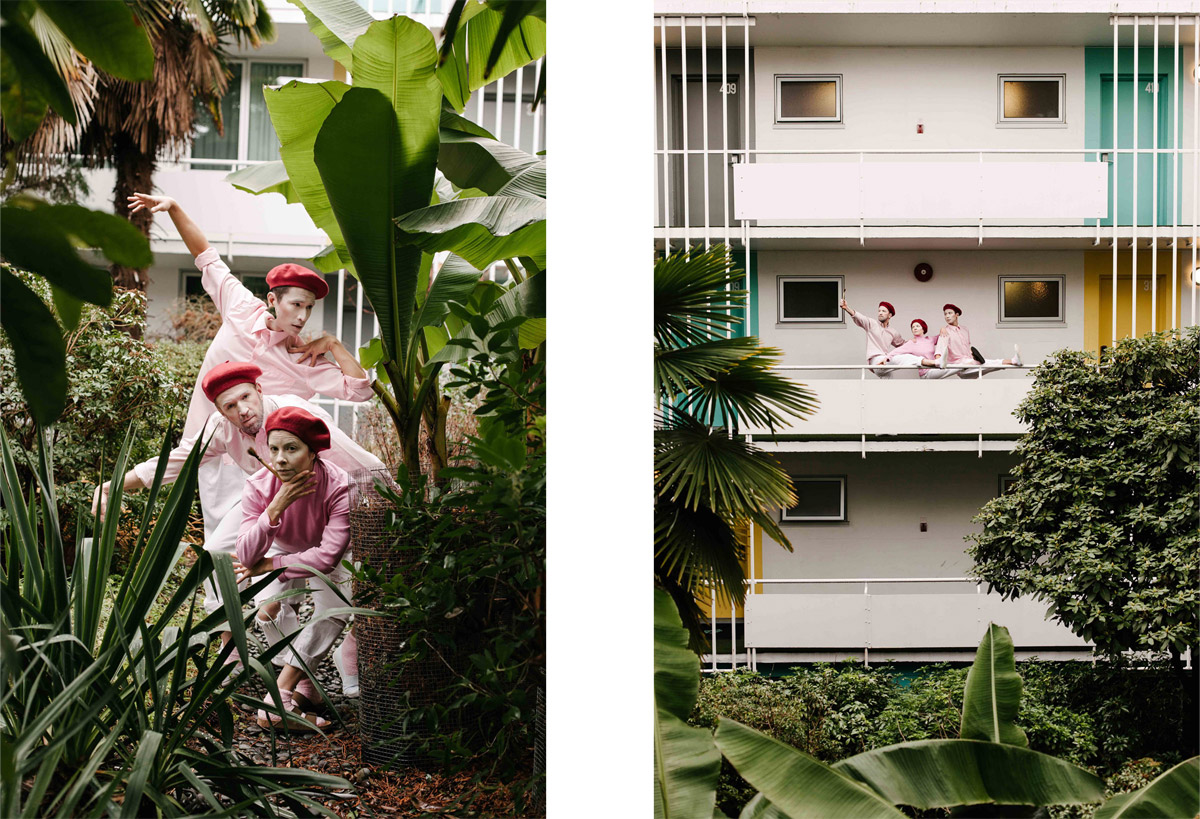 JH: What’s next for you guys?

GK/DC: We both have documentary projects at various stages, but we’d love to run away someplace quiet to write a feature film one day soon. 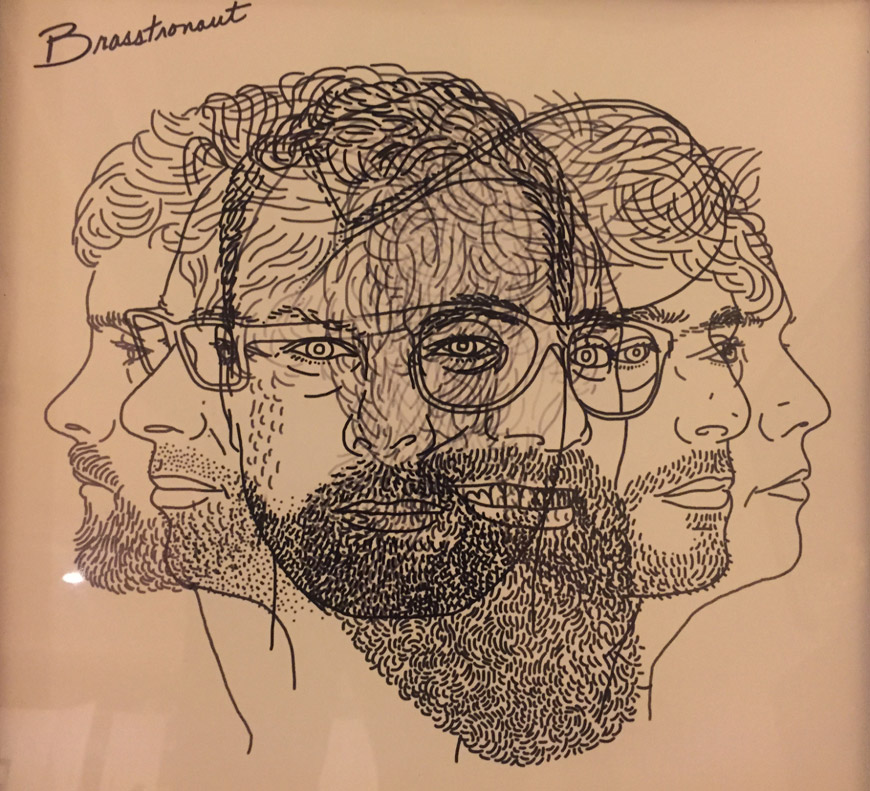 Read about all the contributing artists on Brasstronaut’s website, here.