We’re excited to premiere this short documentary produced for us by Vancouver-based filmmaker David Ehrenreich. The film features Brandi Strauss and Ian Rowley, better known as Rhythm of Cruelty, a post-punk duo based in Edmonton, Alberta. We asked David to share a little bit about his experience shooting the film with cinematographer Liam Mitchell, below. 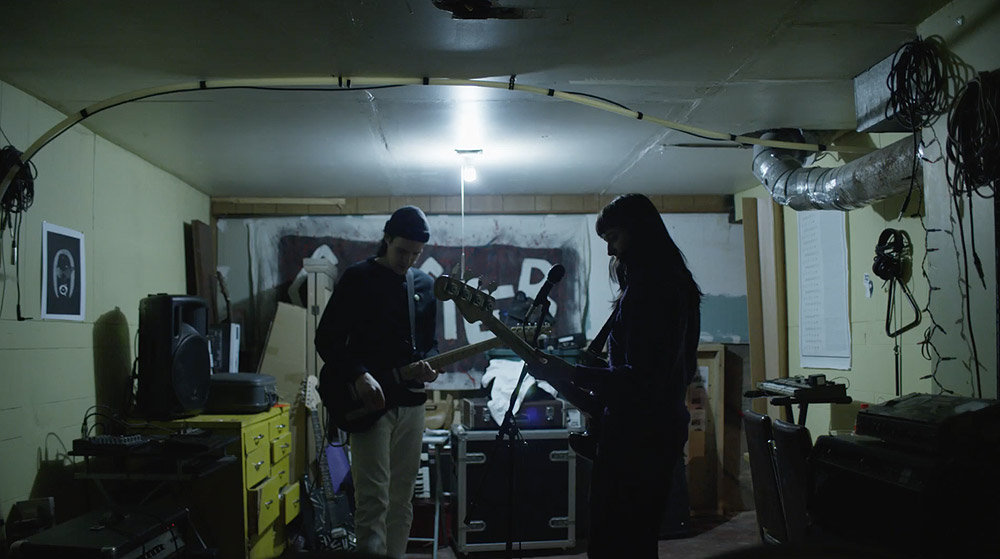 We shot the documentary over 6 days in Edmonton during the winter. I found it to be a really amazing place to shoot because I grew up near Vancouver where it’s mild and moist and snows once a year. I was introduced to the band through a mutual friend, Andrea Lukic (of Nü Sensae), when she heard I was looking for some subjects in Edmonton. I actually have quite a few friends from Edmonton, but no one that currently lives and works there.

When I first saw a photo of Brandi and Ian, I was intrigued and intimidated. Its always a crapshoot when you’re cold contacting people online, but luckily we all ended up getting along really well. Their band name, Rhythm of Cruelty, is such a fitting title for the piece as it’s really a glimpse into making life work as a creative, in a place most know for being uninhabitable, cold, industrial, and remote. I was also really intrigued by the notion of a two-person band, who are a couple – it sounds amazing but it also brings some heavy layers of complexity to the relationship. 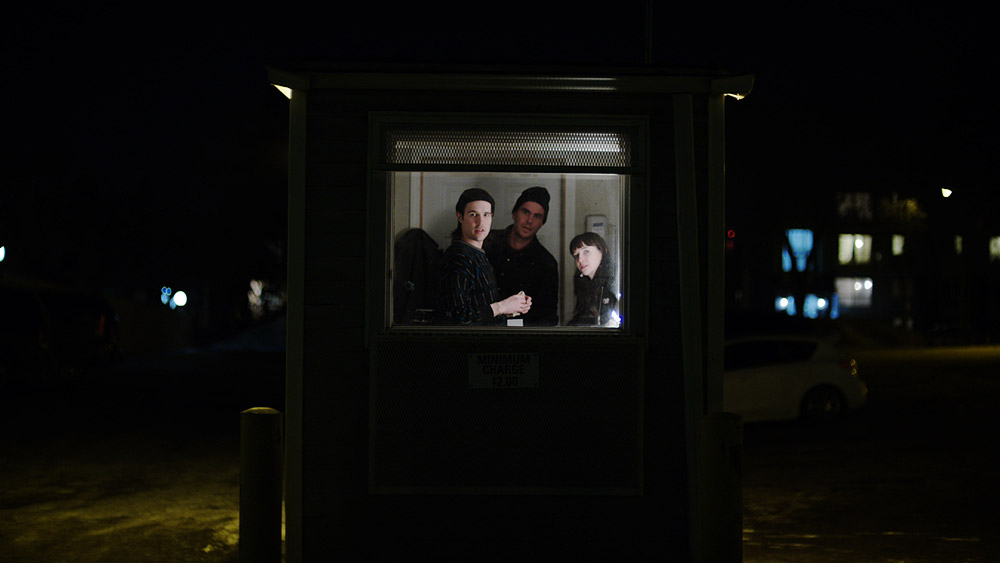 My intentions going into this project were to spend time with some young people and highlight the story of their day to day life. Through their eyes we see how a seemingly mundane reality can be exciting and liberating if you allow it, and sculpt it, to suite and inspire you.

Liam Mitchell, my close friend and cinematographer on the film, also grew up in Edmonton so we had the luxury of staying with his parents, in his childhood home. He also knew plenty of great locations to shoot in the city. We work together often and it’s always a rewarding and collaborative experience. When Liam was operating the camera, I’d be directing and recording sound. After a whole day shooting ‘run and gun’ with a big camera we could swap, I’d shoot, he’d roll sound, and pass it back. Some of the scenes I had planned for months, others were spontaneous. It’s fun to have that type of freedom. 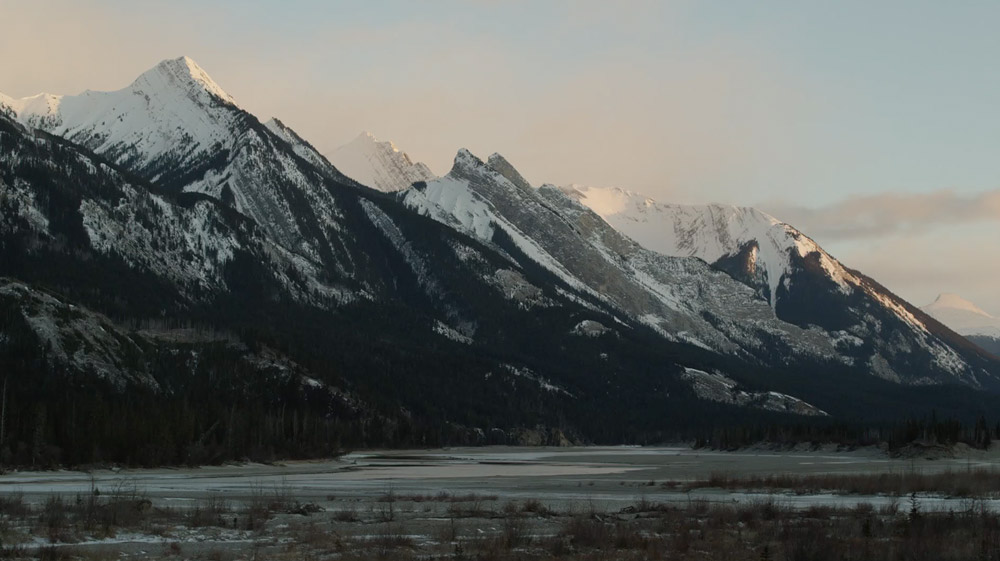 One day during the shoot, the breaks in our SUV went while we where exiting the Whitmud Highway. We narrowly missed causing a massive collision. Liam’s dad was able to call in a favour with their local mechanic who fixed us up within the day. While Liam handled business on the automotive end, Ian picked me up. Together we shot an unused segment about cruising the streets of White Ave listening to Prince on cassette tapes. Prince is Brandi and Ian’s favourite artist. 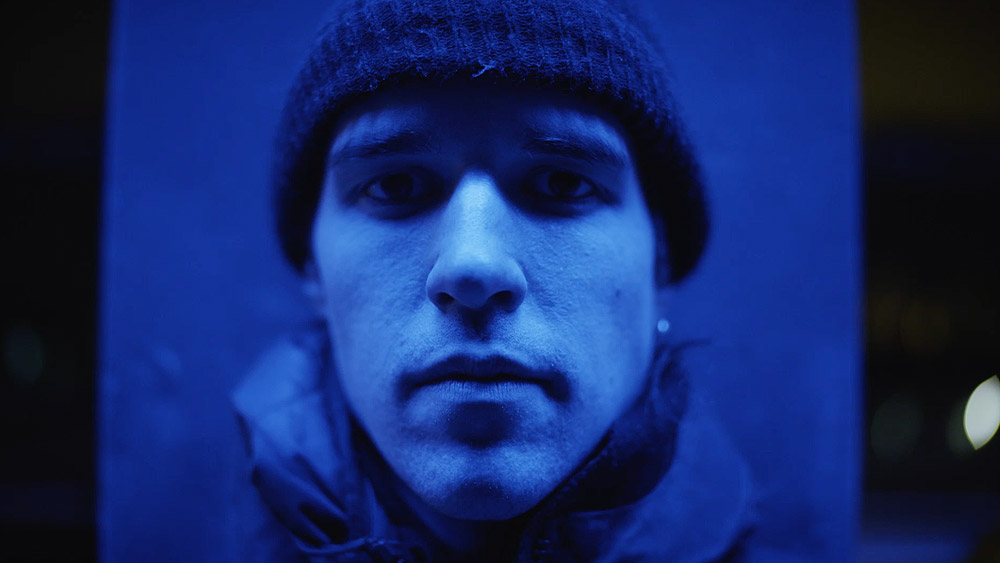 A top scene for me is the opening scene where we meet Ian alone in the booth, though edited like a soundtrack, the music you hear is actually Diagetic sound. The score was being made and recorded live and he really was on the clock. Another favourite moment is one of the opening shots of the final scene where we see the Edmonton river valley, a beautiful lookout in the middle of the city. It’s known locally as ‘Edge of the World’ because an old road has been washed off a cliff and you can stand out where it dissolves into the abyss. It’s the perfect place for a bush party, and I’ve had drinks there on a summer trip. In that shot of the valley, way down on the ice, a pair of wolves are crossing the river. I never thought I’d be shooting wolves and to have it happen within city limits, by accident was such a stroke of luck. 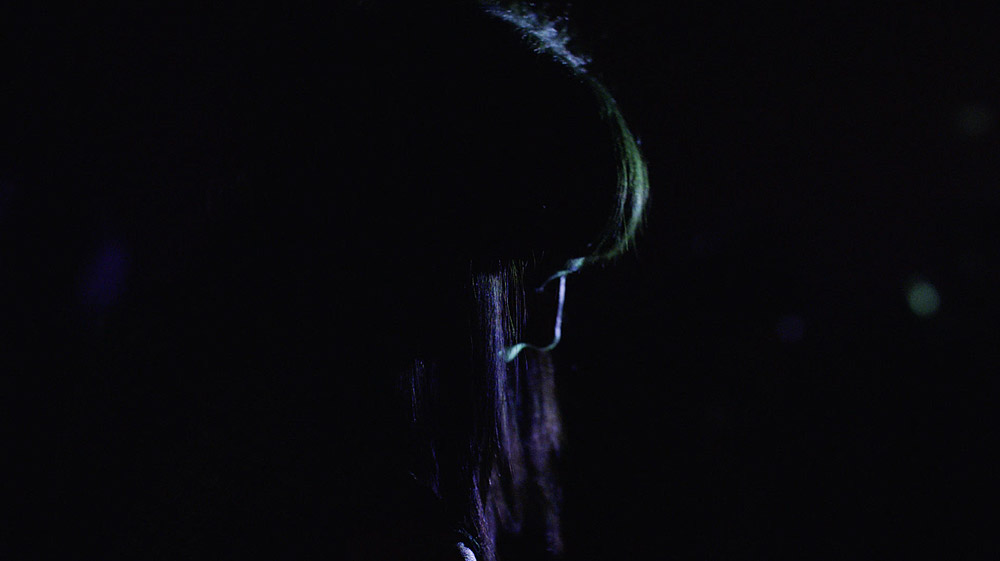 Rhythm of Cruelty was shot with a camera package rented from Inspired Cinema in Vancouver where Liam and I are based. They provided a Red Dragon for us with a set of new Super 35 Illuminas. We recorded sound on my own gear, H4n, Radio Mics, Seinnheiser shotgun, and our friend Eugenio Battaglia did the sound mix and design for me in Vancouver.

Check out Brandi and Ian’s music: Rhythm of Cruelty