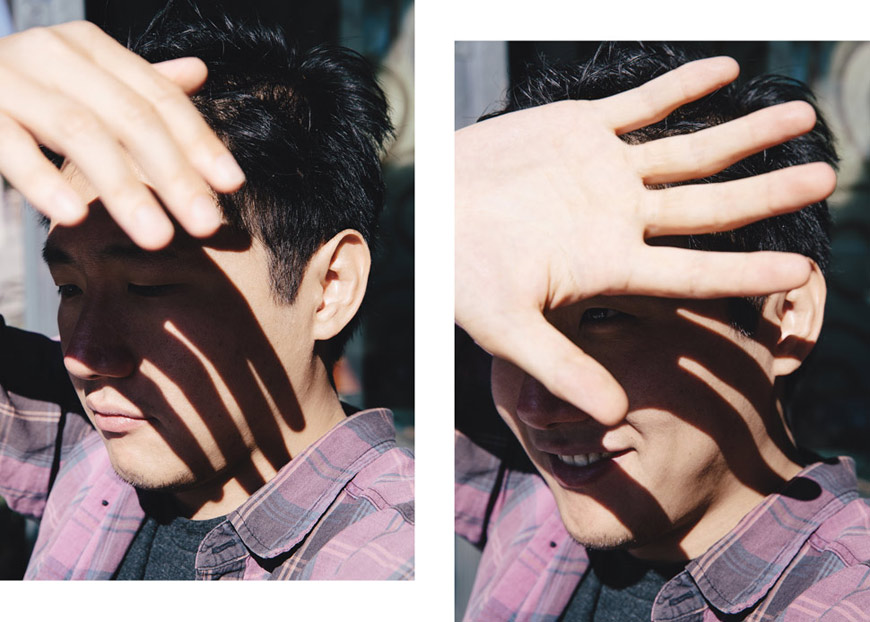 An Interview with Director Hiro Murai

I recently had a chat with Tokyo-born, Los Angeles-based director Hiro Murai who, especially in the recent months, has been nothing short of prolific. His videos for Flying Lotus and Chet Faker were two of my favourites this year, and were released on the heels of videos for Spoon and Shabazz Palaces. He just released his third video for Childish Gambino which featured an unexpected ending that got the Internet buzzing (something it seems he has a knack for). I’ve been a fan of his for quite a while so it was fun to get to ask him about his work.

Jeff Hamada: Is there any aspect to your work that you feel is particularly Japanese?

Hiro Murai: I didn’t used to think so, but I had a crazy moment of realization when I read the graphic novel, Understanding Comics, a couple years ago. There’s a whole section in the book about the difference between how Japanese manga and American comics are sequenced and paced, and I realized how much manga has influenced the way I build shots for a sequence.

JH: How old were you when you moved to the U.S. from Japan?

HM: I was 9 when I left Tokyo, so I spent a good chunk of my formative years reading manga so it makes sense, but it just never really occurred to me until then. I don’t think I’d do a good job of explaining it in words, but this is the kind of stuff I’m talking about (see here). 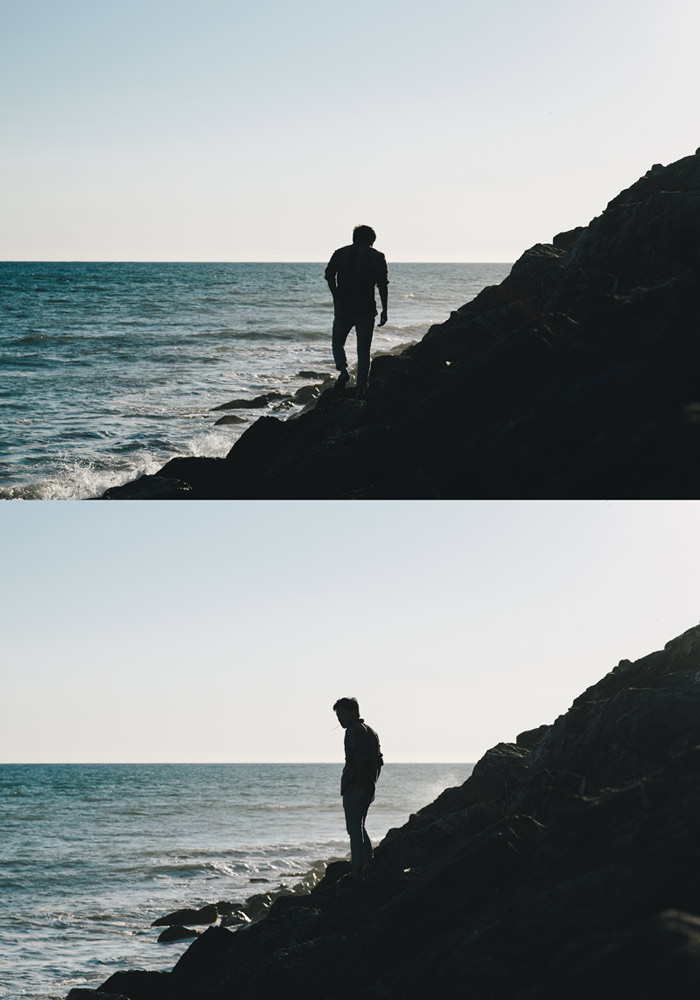 JH: I like the idea of leaving space for contemplation. I’ve been collecting all these Richard Scarry books from when I was a kid and when I think back to reading them, every page is full to the brim with drawings. I ordered this one called, Busy Busy World, off of ebay (so I could get the original politically incorrect version), and I opened it up, and the pages are all really empty. There was so much blank space, it was a really trippy moment, actually. I realized that my mind had filled in all these things that weren’t actually on the page. I feel like movies these days often leave nothing for the imagination. I recently watched a great one though, called Enemy, by Denis Villeneuve. It felt like something you’d make.

HM: That’s amazing! I love that. I’ve had similar experiences with cartoons I grew up watching too. Like, I’d swear there was a scene in a movie that didn’t actually exist. It’s amazing how much your mind fills things in, especially when you’re a kid. I forget who said this, and it might be one of those cliches that everyone says, but there’s a quote that goes something like “movies are just as much about what’s in the frame as what’s out.” I’ve always liked movies that are confident enough in their fiction that they don’t feel the need to show you everything. It leaves room for the viewer to engage, you know? I haven’t seen Enemy, but when we were prepping his video Flying Lotus told me that I’d like that movie too. I’m gonna have to check it out.

JH: Maybe it’s because I met you and both Daniels at Kirsten Lepore’s Halloween party, but it really feels like your circle of friends are all insane directors ruling LA right now. How did this happen?

HM: Yeah, it’s pretty exciting to be surrounded by so many crazy talented people. I was a fan of a lot of my friends before I ever met them, which is bizarre but cool. I think it sort of naturally grew into a community because creators want to surround themselves with other creatively inspiring people, but also because freelance filmmaking can be a pretty lonely, chaotic endeavor without a support system. It’s comforting to know that your friends are living as recklessly as you are.

JH: That has to be the most important thing, surrounding yourself with people doing the wildest things all the time – like really going for it. So many of my friends now are actually living off of their passions that it feels normal. It feels like, of course you can live off the thing you love to do! But I remember coming out of art school really wondering if it was possible.

HM: Yeah man absolutely. When I see friends make things that feel like they wouldn’t exist otherwise, I get so excited, jealous, happy. It’s so stimulating and motivating creatively. I think about how it felt to be right out of school too. Looking back, I’m pretty impressed with how recklessly optimistic we all were. Or maybe at that point we’d already painted ourselves into a corner and had no other choice.

JH: Looking back on all the videos you’ve made so far, which one are you most proud of?

HM: I’m honestly proud of every video for different reasons (not to say there aren’t things that I also hate about some of them), but I’m still really proud of the very first video we did for Bloc Party’s “Signs”. The budget was something like $2,000, and the entire crew consisted of friends from film school doing me a huge favour. 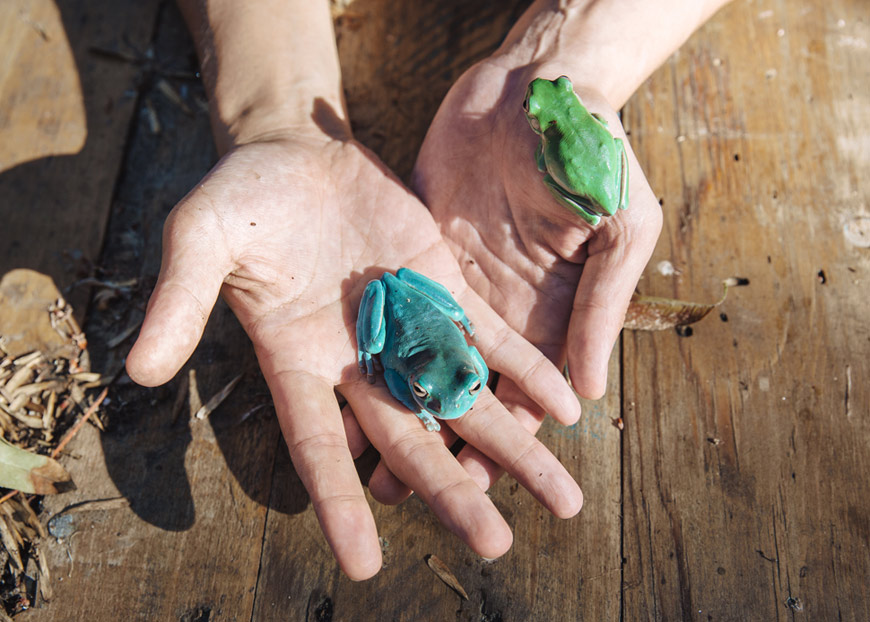 Hiro bought the blue frog (Frog Delano Roosevelt) for Earl Sweatshirt’s “Chum” video and became attached so he kept him.

JH: I was just in LA a couple months ago and it really feels like the place to be right now. All that tech money in San Fran is bumping up rent and all the artists are moving to your city. Do you feel it?

HM: Yeah, I know a lot of die hard New Yorkers who made the move too. I don’t really know why but things seem to be brewing over here. Although, the weird part about LA is that it’s so scattered and big that I never really feel like I can read the pulse of the whole city, so i could be totally wrong. 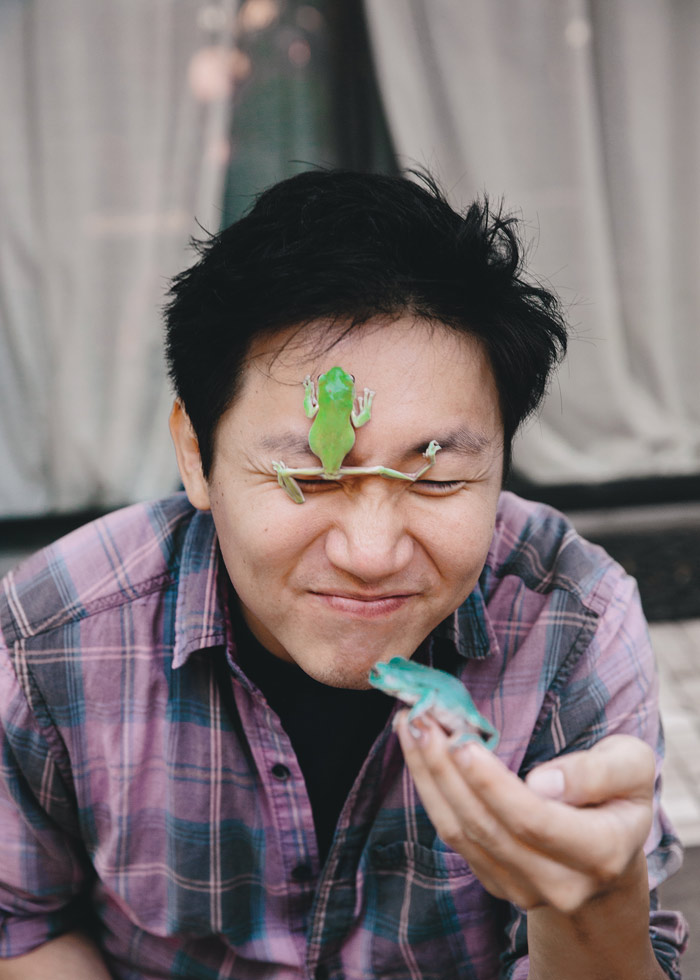 Hiro eventually got a second frog, which he named Toady Roosevelt.

JH: Where’s you favourite spot in LA to go and think up new ideas?

HM: I really like driving aimlessly around town, especially at night. I feel like the simple task of driving distracts my mind enough that I can daydream freely. Maybe that sounds really irresponsible and dangerous. Do you have any favorite spots that you go during your visits? Always curious to see where people go in this city.

JH: I haven’t been to LA that much but I like being out in nature so I really enjoyed the trails around the Griffith Observatory. Actually, the observatory itself is a cool thinking spot. I’m sure you’ve seen it but that pendulum thing, when you first walk inside, blew my mind. It swings back and forth and it appears like it’s slowly rotating, and slowly knocking down these markers. But it’s actually stationary, and what you’re really seeing is the Earth rotating around it. I get so many ideas from things like that. I also hiked around Palos Verdes last time I was there.

HM: Oh yeah man. I love the Observatory. I remember the pendulum blew my mind when I went there for a field trip. I’ve been on a bit of a space kick recently after watching Cosmos. 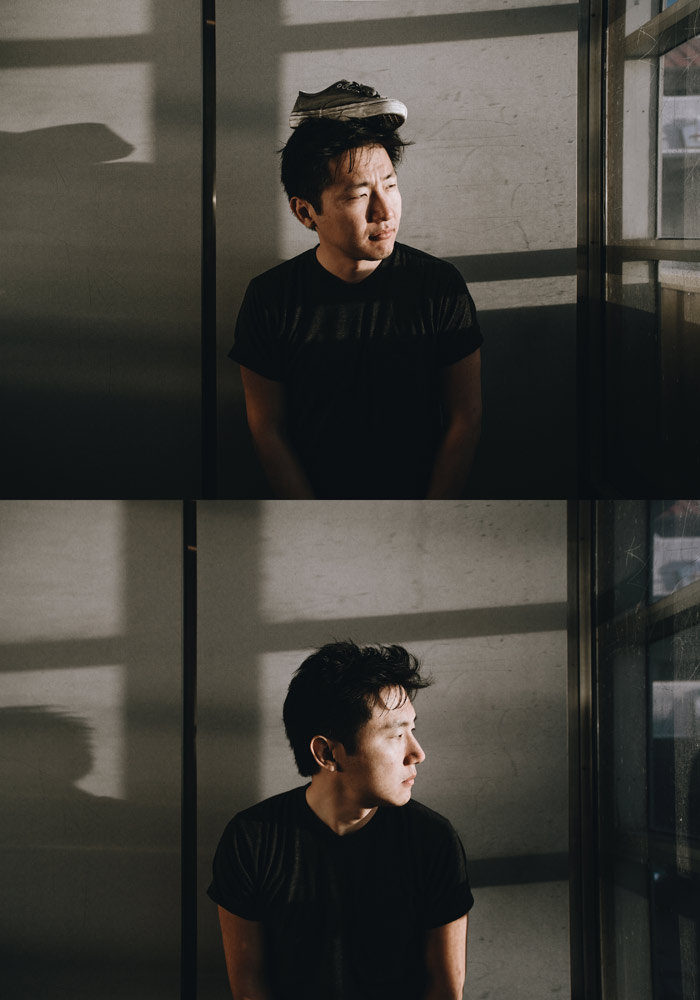 JH: I’ve always liked directors whose work is really different from one film to the next. Danny Boyle for instance, is probably most known for Slumdog and Trainspotting, but he also did that great kid’s movie Millions, and of course the sci-fi film Sunshine. Your resume sort of reads the same way: St. Vincent, David Guetta, Earl Sweatshirt, Queens of the Stone Age, Chet Faker, The Shins, Childish Gambino. How long do you have to do one thing well before people let you do whatever you want?

HM: I think a lot of that comes from the variety in the types music that I do videos for – and maybe my videos are more song-reliant than other directors’. I always feel like I’m putting visuals in support of the song, and not the other way around. Like I’m reverse scoring it or something. I think I’ve also been lucky with the artists I work with. Most of the people I’ve worked with in the past few years have been really trusting, so I haven’t really felt a lot of creative constraints. Nothing’s worse than having someone second guess your instincts before you get to see if it works for yourself.

JH: I’ve always wanted to make a feature length rap action film in the style of Prince Paul’s “A Prince Among Thieves” video. I guess Belly was already essentially a really long Nas and DMX music video but I want it to be more like a musical. Anyways, I just saw the trailer for Tokyo Tribe directed by Shion Sono, and I guess I wasn’t the only one who had this dream. I feel like if anyone is going to do it right, it will be you.

HM: DUDE, I’ve never seen this Prince Paul video before. How did I miss this? That’s incredible. That movie looks insane too. I always really liked how Daniel Wolfe’s Plan B videos played out. They’re really gritty and cinematic, but peppered with fun theatrical elements like choreography. 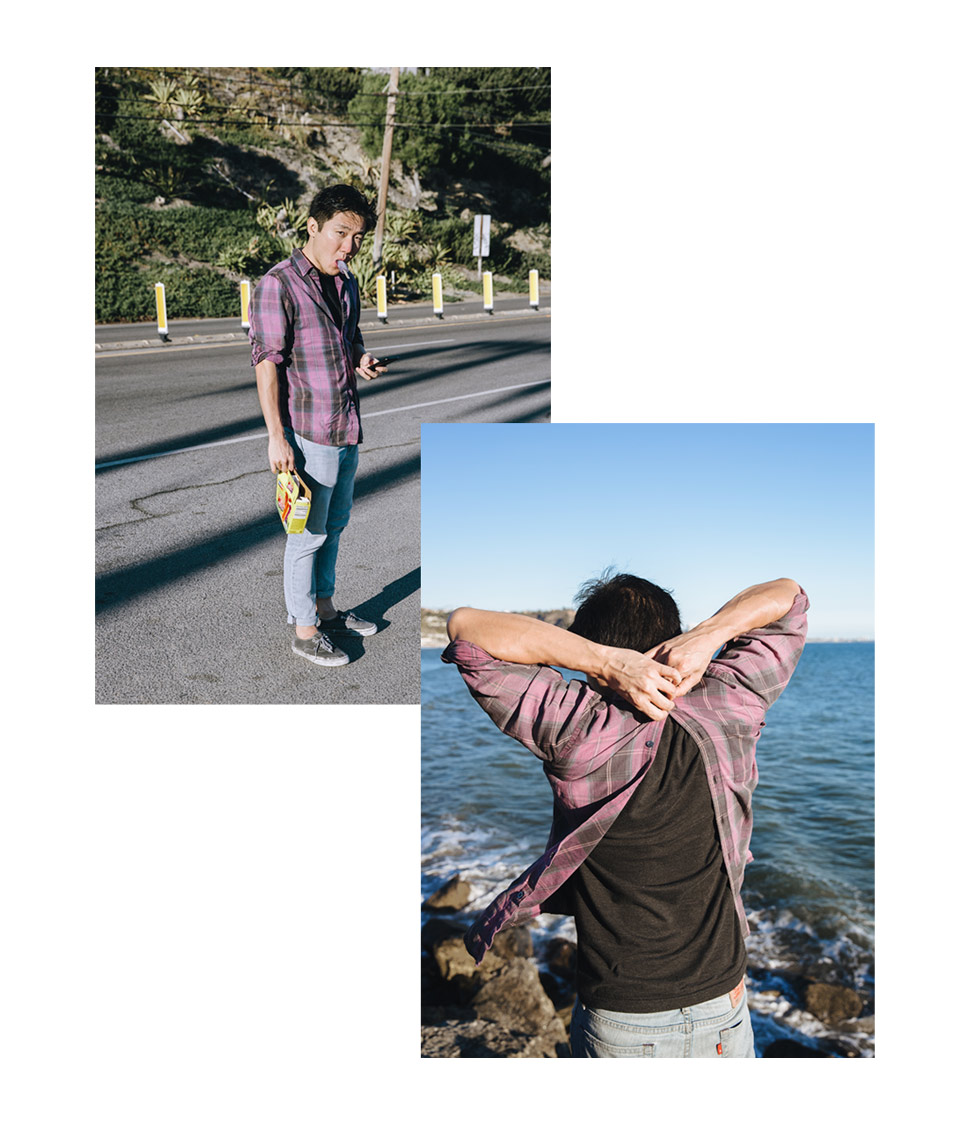 JH: Yeah I love Daniel Wolfe’s videos, I posted up all those Plan B videos. Was there a specific music video or film that made you want to make them yourself?

HM: I was always really into drawing growing up, so I feel like my initial interest in films came from animated films like Disney or Miyazaki movies. When I started making short films in high school I was also obsessed with the Coen brothers and Takeshi Kitano movies.

JH: Is there someone you wanna shoutout right now, a director making cool work that more people need to know about?

HM: I’m not as up on new videos, directors, as I’d like to be, but my buddy Isaac Ravishankara just showed me the short film “Tangerine” by Dimitri Basil, that kind of blew my mind. I think the link was from Booooooom, actually. His Riptide video is great too.

JH: Yeah, his style is great. His video for Wunder Wunder (which I only just saw) is his best so far I think. It reminds me a lot of Alex Prager’s photos, but really funny, and it shows he can do more than just throw random elements in all over the place.

HM: I’m taking a break for a little bit, but I’m looking for longer form projects at the moment. Hoping to do a few short films soon too. I’m saying that out loud now so I have to follow through with it.

JH: I do the same thing! I often tell people my favourite idea just so I have to actually work on it or be okay with someone else doing it before me. 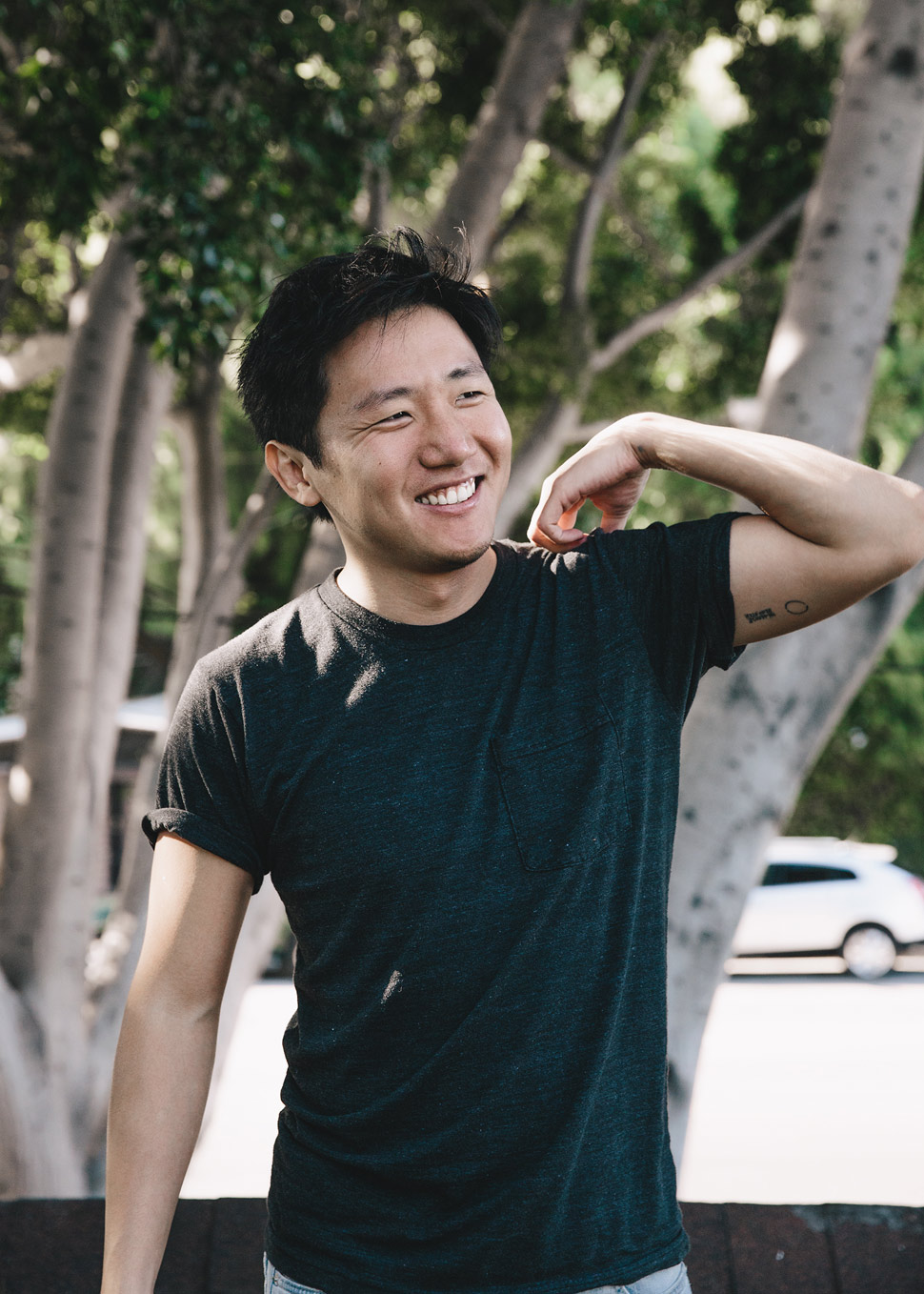 JH: Okay, I guess this is my final question. What has making all these films and videos in the last few years taught you about yourself?

HM: I feel like most of what I’ve learned about myself in my adult life has come from making and releasing stuff. When I was a kid all I did was daydream and draw, and that was always a very personal activity, but now those daydreams get to materialize through collaborations with the crew and elicit responses from viewers online. It’s bizarre but really interesting and rewarding. You learn a lot about yourself, positive and negative. (Sorry this is such a vague answer.)